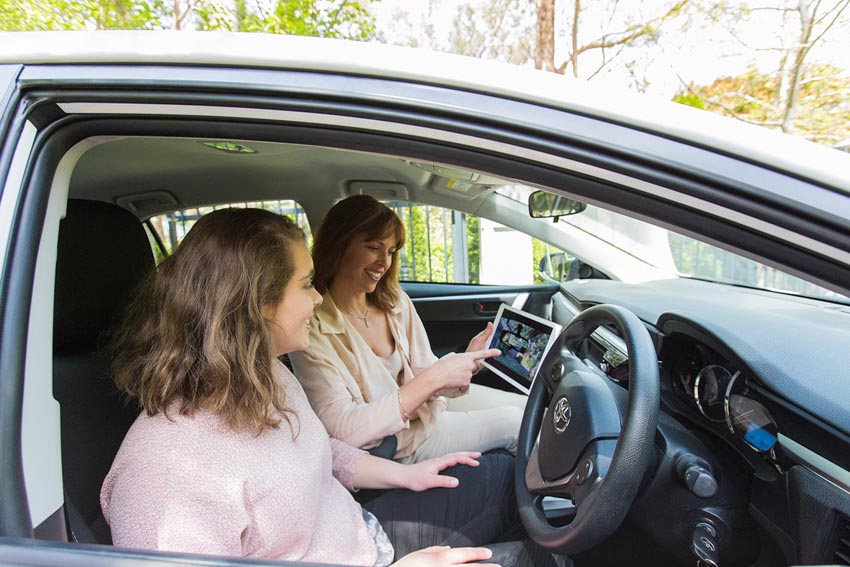 48% of people fail their Driving test each year in Ireland, so what are people doing wrong? We get some expert advice from Ladybird Driving School

After spending 30 years in the Driver Education Industry, Ladybird Driving School knows a thing or 2 about the reasons why people failing their driving tests.

So what are the reasons people are failing their driving test and what the common mistakes are made at every test centre across the country? We have the tips and tricks needed to impress on the driving tester that you are good enough to drive unaccompanied.

You have approximately 30 minutes of driving on a preset test route to prove to the tester that you can drive to the standard that they believe is necessary to give you that Full licence pass. It’s our job at Ladybird Driving School to make sure you have all of that key information for you before you go out on the test.

One of the best ways to pass the test is to know what the most common reasons people fail a test is right?..Seems straight forward right? Well, you would be surprised at how many learners fail for the same thing over and over again and at every test centre across the country.

Before we reveal the top 10 reasons people fail, let’s take a look at the Pass Rates by test centres for 2018.
We have chosen 10 centres.

The overall Pass rate figure for the entire country for all 50 test centres is 52.49%

What is The Marking Sheet?

Whilst in the car the tester will have a digital tablet on their possession. The content on that tablet is the attached Marking sheet that the tester inputs the mark relevant to the fault. It is crucial that each pupil should know this sheet inside out and understand what each section means and why the tester would mark a particular fault.

All of our pupils are given one of these on their first lesson so they can immediately start coming to terms with the marking guidelines.

On the sheet, you will see 18 individual sections with three different colour codes. Green, Blue, and Pink. Green constitutes a grade 1 minor fault, a Blue fault is a more serious fault and a Pink fault is a dangerous/potentially dangerous fault.

> 4 of the same grade 2 faults for a single aspect.

> 6 or more grade 2 faults under the same heading

Grade 1 faults do not affect the result of the test.

The Driving Tester takes their marking system from the RSA driving test marking guidelines and are highly trained in assessing driver faults and grade accordingly.

The marking guidelines are designed to assist testers in deciding when and where a fault should be recorded on the marking sheet. They should be read in conjunction with the driving fault assessment guidelines and guidance from the regional supervisor.

Now that we have established the low national Pass Rate and what the marking sheet content looks like, let’s have a look at the top 10 reasons why people still fail the test.

While we would love to explain in detail we do have a limited amount of space and we will try our best to explain within each paragraph.

Fail to prepare, prepare to Fail!

Every day and in every test centre there will be tests refused for 1 or more of the above. Check 2 weeks in advance that all of your paperwork is in order.

This means correct timing of the blind spot right shoulder check. This happens on 5 occasions on the test.

Pupils who look first and then signal and select gear after checking to get marked because the very last thing should be the shoulder check after selecting gear, mirror, signal and then shoulder. Remember not a sideswipe look it’s a full turn over the shoulder.

3.Position turning Right, Left, at Roundabouts and on the Straight.

Pupils struggle to maintain a correct position on the straight which should be just left of the middle of the road not down along the continuous white line.

Position turning right should mean close to the centre white line on approach and not passing the point of turn from a major to a minor road. Pupils swan necking or cutting the corner will be marked.

Position turning left get marked for swinging right before the left turn or clipping the kerb or taking the left turn too fast, therefore, swinging way too wide.

Position at roundabouts means not being in the correct lane on approach or whilst on the roundabout. A lot of pupils get this wrong and signal incorrectly also.

4.Not allowing sufficient clearance to Stationery Vehicles, Cyclists or other objects.

5. Not reacting Promptly or Properly to Hazards.

Pretty much everything is either a moving hazard or stationery hazard.

How you react and the time it takes you to react is where the mark happens in this section.

Not many people reading this article would know that even hitting the speed Ramps too hard would constitute a reaction mark. Anticipation is what makes this section easier and predicting the road ahead makes these reactions easier.

6. Not making sufficient Progress on the Straight, Turning Left, Turning Right, at Roundabouts.

One of the big failing areas is progress or simply being too cautious. Some pupils think I’ll drive a bit slower so the tester thinks I’m a safer driver so they end up crawling around the test routes. Testers expect you to drive with confidence and at the appropriate speed for the section of road, you are on. Driving at 40 km in a 50 km zone where it’s clear ahead will get you a mark for progress on the straight.

Not emerging from a junction insufficient time is another mark. Where you can clearly emerge onto the road, but test nerves have you believing there isn’t enough time to get out but there actually is. This will also give you a progress mark for turning right or left.

Not making proper use of Accelerator, Clutch, Gears, Footbrake, Handbrake and Steering.

We see drivers of all ages with their own varying habits having driven for a number of years incorrectly.

A gear mark would be for stopping continuously in the wrong gear, selecting gears too quickly like being in 4th gear before reaching even 30km. Selecting an inappropriate gear for a task like a sharp turn may need 2nd gear not 3rd and the car struggles to cope.

Constant jabbing of the foot brake or harsh braking,

Not feeding the wheel back after turning but instead letting the steering wheel fly back on its own.

Not stopping completely at stop signs or rolling through without stopping.

One of the biggest Marks is at the right filter light at the right turn traffic light controlled junction. Time and time again pupils wait for the right direction arrow only to come on before moving to take up the junction opposite happens as well where a straight ahead arrow comes on for the lane on the left but pupils move forward on the straight arrow but have just broken the lights.It’s a really confusing issue for some pupils particularly for pupils from different countries.

9.Reverse around the corner

Mark’s are given here when pupils find it hard to have coordination and control while having proper observation. Hitting the kerb or too wide is common but observation is a bigger mark as most of the concentration goes on positioning and observation tends to be forgotten.

10. Lack of preparation or leaving it last minute to prepare.

If we have sufficient time to influence a pupil they will pass. However, a lot of time pupils contact last minute and with their driving, in such a poor state there is not enough time in which to get prepared properly.

Remember it’s €85 to reapply for the test plus the new law restrictions mean severe penalties if caught.

We would advise and urge anyone that has a test coming up to do 1 lesson first about 3-4 weeks in advance of the test to learn how the tester thinks and wants them to drive.It’s up to themselves after that as we can only guide and offer support if we have sufficient time.

Pupils who take our advice are the ones you see on our social media platforms passing every time. Pupils who don’t take the advice or prepare in time are the ones not seen anywhere.

If you need any further clarification on the driving test marking guidelines or questions on any aspect of the driving test or the EDT programmes please email us at Info@ladybirddrivingschool.ie

Why do cars fail the NCT