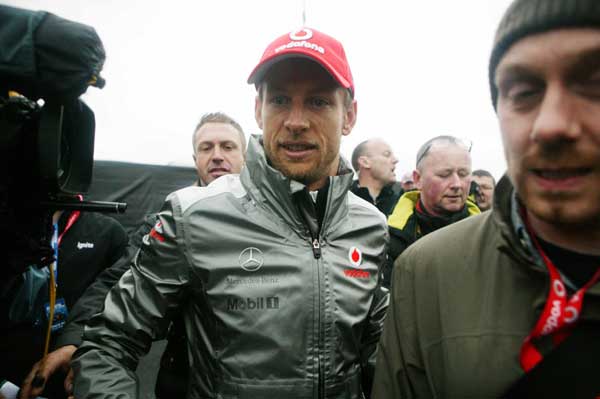 Despite the heavy downpours this morning it is estimated over 110,000 people turned out  for the Bavaria City Racing Dublin motorsport demonstration.  Dublin city was transformed into a spectacular race track.

More than 70 vehicles were involved in the Bavaria City Racing motorsport demonstration including former F1 World Champion Jenson Button who wowed the crowds in his Vodafone McLaren F1 car.  Dublin was filled with the sights, sounds and smells of F1 for the first time ever and spectators witnessed an array of motorsport action never seen within the city limits before including Formula 1, WRC, Superbikes, SuperCars, GP2, Drifters and Stunt vehicles.

The 2.6km route began at the Convention centre in the IFSC, continued along Custom House quay, over Butt Bridge. From there the cars turned onto Burgh Quay, then on into D’Olier street, round Westmoreland Street before reaching the chequered flag at O’Connell Street. 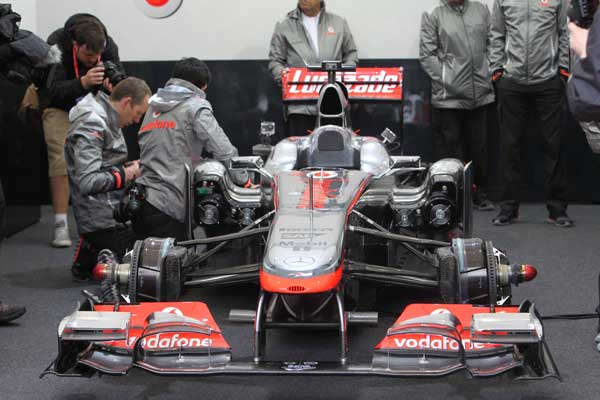 Jenson Button, Vodafone McLaren F1 driver, commented, “The main thing for us was putting on a show so the weather didn’t really make much of a difference.   It was great to see such a big crowd despite the weather.  This event is great for motorsports fans inIreland, they get to hear and see a F1 car and just went crazy.” Despite his earlier caution at the Press conference regarding the weather and what could safely be achieved Jenson got up to speeds of 100mph/160kph on the streets of Dublin today.

– €10million to be generated by the event for Dublin city

– Over 70 vehicles taking part in the event

– €18million worth of vehicles on display

– 750 temporary jobs generated by the event

– 10 tonnes of Bavaria shipped in for corporate hospitality area