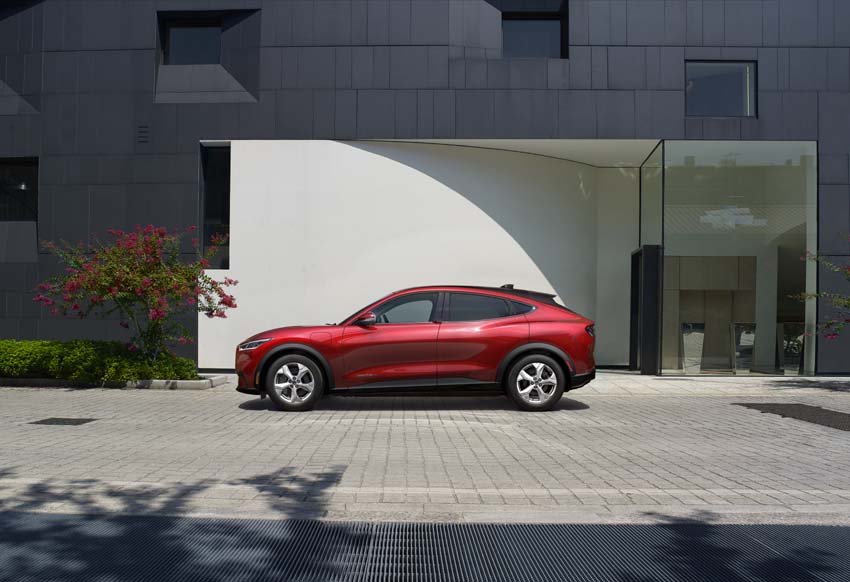 BMW IX 3 – Due to start production this summer at its plant in China, it will be later in the year before BMW Ireland will launch this all-electric version of the X3. With spy shots already appearing online, it is expected it will have a battery capacity of 74 kWh and a range of 400-plus kilometres. Premium rivals include the Audi e-tron, Mercedes EQC or the Jaguar i-Pace.

CITROEN C5 AIRCROSS PHEV – An electrified version of the French firm’s large SUV will provide a much-needed boost to the brand. The C5 Aircross PHEV will use an 80kW four-cylinder petrol engine paired to an electric motor and 13.2kWh lithium-ion battery to deliver a 50km fully electric WLTP range. Pricing for the new C5 Aircross starts at just €26,495 but we would expect the PHEV version to be considerably more expensive and is likely to be priced in the region of €40,000.

FIAT 500E – We will have to wait for the Geneva Motor Show next month to find out key details about the Fiat 500e but it is likely that it will share a platform with a new Panda and be fully electric. It will roll off the production line of the Mirafiori factory near Turin but apart from that little else is known. Leaked images have shown the overall shape and size appear to be identical to the ICE counterpart.

FORD MUSTANG MACH E – Aimed at the booming SUV market, the Mustang-inspired electric SUV is a different creature to previous incarnations of the Mustang and is the first step toward expanding the nameplate into a full model line. The all-electric SUV will initially be launched with two battery pack sizes and three power outputs. Due here in November it will be priced from €50,000 and will have a range of 600km. 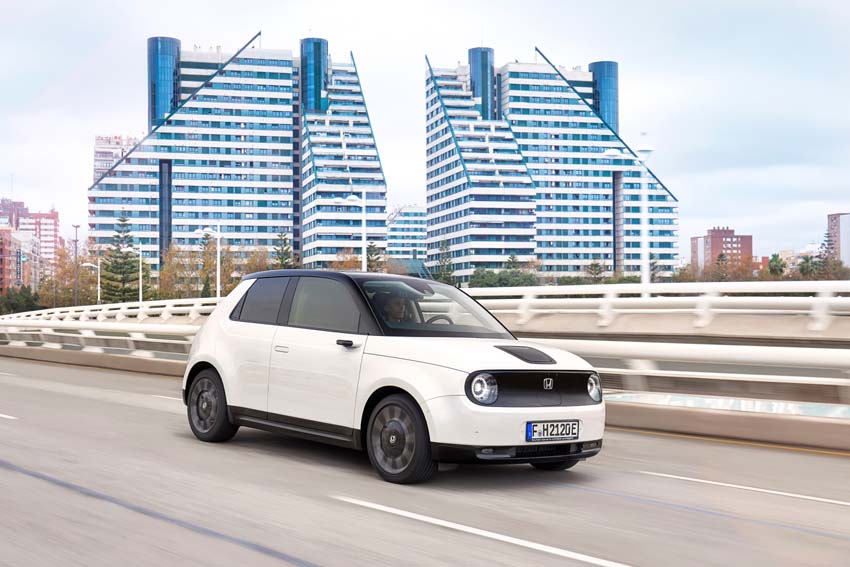 HONDA E – Electrification has finally come to the Japanese car maker in the diminutive shape of the Honda E. Due here later in the year the car was revealed at the Frankfurt motor show last September. This little urban car is powered by a 35.5kWh battery that is one of the most compact in its class. It delivers a range of up to 220km from a single charge so the relatively small battery and modest power output should make it ideal for everyday urban commuting.

MAZDA MX-30 – Revealed at the Tokyo show ahead of its launch later this year, the MX-30 is Mazda’s first pure electric car. It comes with a 35.5kWh battery and a range of approximately 210km. Mazda plan to launch a number of regular hybrid and plug-in hybrid variants of existing models along with more EVs developed as a result of its EV tie-up with Toyota.

MINI COOPER SE – The MINI Electric, the brand’s first zero-emission car, goes on sale next month with prices starting from €27,765. The lithium-ion battery is capable of covering 235km to 270km on a single charge. It is not the best range on offer but that probably isn’t as important as the handling; key to its success will be that it drives like a MINI. The move towards electrification means future MINIS will be offered with a choice of petrol and electric drivetrains, with plug-in hybrids also featuring in larger models. 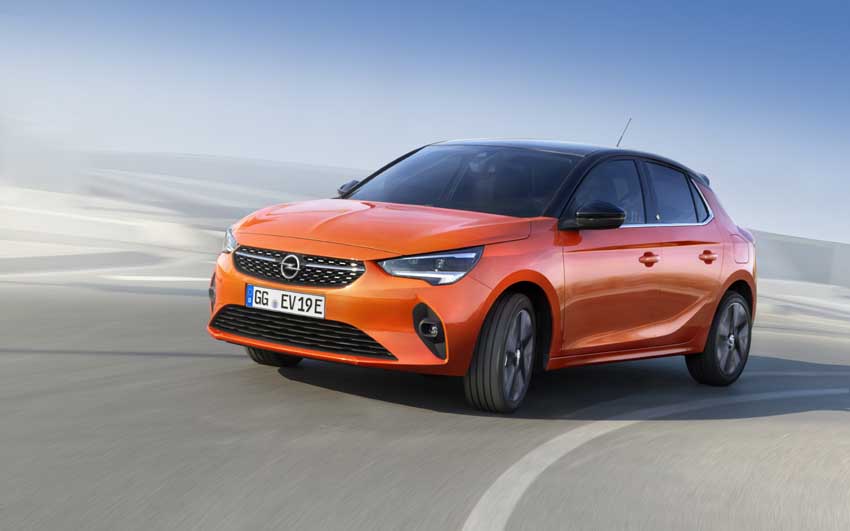 OPEL CORSA-E – First electrified Corsa gets a 50kw battery and 330km range. Due here in March, prices are unconfirmed at this stage but the Corsa-e is likely to start at around €26,000.

PEUGEOT E-208 Peugeot’s all-new 208 is arriving in showrooms nationwide and is available in an all-electric version. Prices start from €27,334. Also joining the line up will a 3008 Hybrid4 this month and an e-2008 will launch before summer.

RENAULT ZOE R – The latest revision of Renault’s small EV has added more range. Arriving in March the ZOE R with its 52 kWh battery makes a driving range of 390km-plus possible. At €26,990 it’s one of the most affordable EVs. A plug-in version of the Mégane hatchback will join the range soon and a hybrid Clio and a PHEV Captur will launch later in the year.

SEAT EL BORN – SEAT’s first electric vehicle for Ireland, the el Born, will launch at the end of 2020 and spy shots of the new EV undergoing cold-climate tests near the Arctic Circle are already appearing online. An electric version of the city-car Mii has been launched, but won’t be sold here. Based on the Volkswagen Group MEB platform it promises a range of up to 420kms and comes with a 58kWH battery and will be capable of charging to 260km in just 30 minutes.

VW ID3– Probably the most important VW in decades, the much-anticipated electric ID.3 will arrive in the summer but most versions will come late in the year – effectively for 2021 registration. A special launch edition will go on sale in the summer priced just under €40,000 after grants. The ID.3 will have three battery size options: 45 kWh (claimed 330km range), 58kWh (420km) and 77 kWh (550km). Prices haven’t been released yet, but we know the 45-kWh battery models will start at under €30,000. The car will be a key role in VW’s ambitious goal to sell one million electric cars per year by 2023. 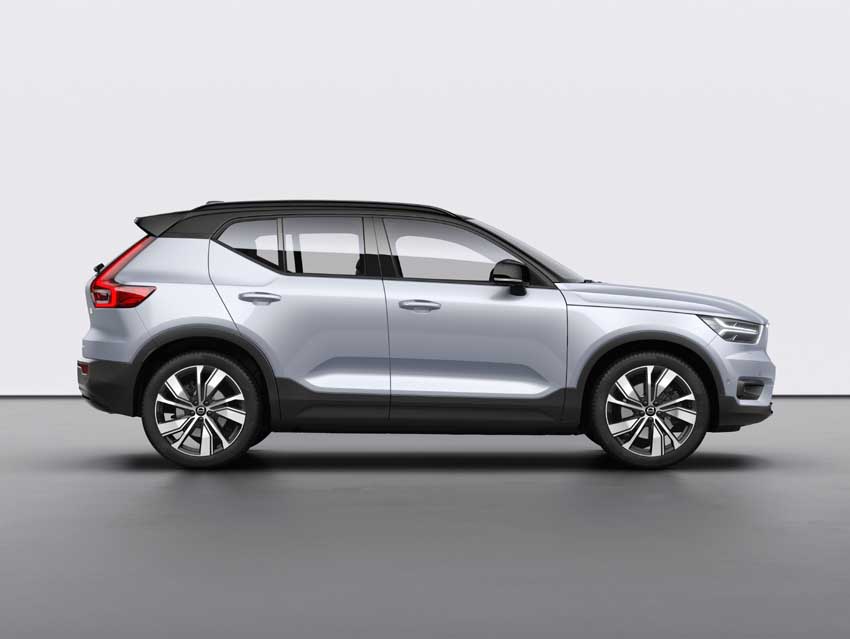 VOLVO XC40 – Expected at the end of the year, Volvo’s first an all-electric XC40 Recharge is based on the current XC40 and will be powered by a 75kWh battery. The range is expected to be in excess of 400km and can charge up to 80 per cent of its capacity in 40 minutes on a fast-charging system. Volvo has already committed itself to ‘electrifying’ its range through adding hybrid variants to all models and this has already been completed across the range.