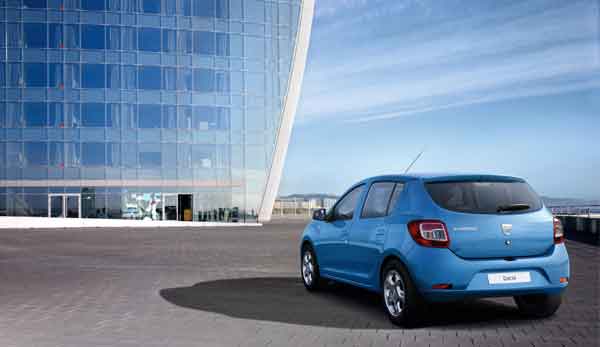 DACIA – Brand new to Ireland the Dacia Duster will be available to buy in January 2013 in both 4×2 and 4×4 guises with one diesel engine size, a punchy 1.5 dCi 110Bhp.  With a starting price of €14,990 two trims are on offer the Alternative 4×2 and Signature 4×2, 4×4. The Duster also comes with a five year unlimited mileage warranty.  A 5-door Sandero will also join the range and promises a supermini price tag and comes with a three-year or 100,000-kilometre warranty.  Price to be announced at the end of 2012. The Sandero Stepway Crossover and Logan Estate are also due in 2013.

FIAT – Fiat is introducing the normally aspirated TwinAir engine to the Panda range early in 2013 which will gradually take over from the current 1.2-litre engine. With 99g/km, the Panda slips into the new A2 band resulting in low road tax, while offering improved economy, available in early 2013 will be the new FIAT Panda 4×4. The Punto is revised for 2013 with new bumpers, revised cabin trim and new engines, specifically the TwinAir Turbo and new 85hp 1.3-litre JTDm engines. Both these engines offer considerable improvements in emissions and fuel. FIAT’s big vehicle launch in 2013 is the 500L (5-Seat) and 500XL (7-Seat, name to confirmed) people-carriers which will effectively replace both the Idea and Multipla and kick off a new model offensive built around the style and success of the chic FIAT 500. It’s powered by two of FIAT’s newest engines, the 85hp 1.3 JTDm diesel and the 105hp version of the award-winning TwinAir engine, with the 1.6-litre JTDm becoming available later. 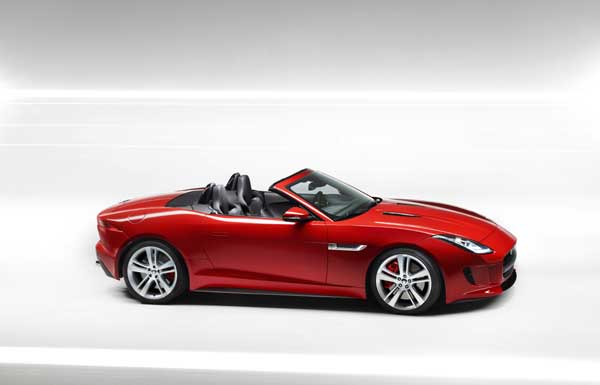 FORD – It’s been a busy year for Ford and next month they reveal their new Fiesta in time for the January sales. Early 2013 sees the arrival of an all New Kuga and the baby hot hatch the Fiesta ST. Longer and higher than the outgoing model, the new Ford Kuga unveils hands-free automatic tailgate technology, allowing customers to open or close boot by simply sweeping a foot under the rear bumper. While the Fiesta ST promises significant ride-and-handling improvements and is powered by a 1.6-litre EcoBoost engine that delivers 177bhp. Later in the year the Focus Electric and a new Mondeo arrives at the end of next year.  The new Mondeo will be available with as a petrol hybrid electric vehicle, combining a specially-developed 2.0-litre petrol engine with a 1.4kWh lithium-ion battery to provide optimised fuel economy and low CO2 emissions.

HYUNDAI – Hyundai has just launched the all new Santa Fe. With sharper styling and excellent equipment it packs in a lot for the money.  Only one engine is available, a 2.2.litre diesel with the option of two or four-wheel drive. Prices start at €36,995 for the 2 wheel drive version. Other changes across the range for 2013 include a new 1.6 diesel engine for the i30, a 1.4 diesel for the i20 and new entry level point for the i10, Classic at a starting price of €10,995. Three new specs, Comfort, Executive and Premium will replace the current trims for IX35 range.

HONDA –An all new fourth generation CR-V has just been unveiled with a starting price of €37,785. A fraction smaller than the model it replaces it is also crucially less thirsty. The big news for Honda in 2013 is the arrival finally of the 1.6 diesel engine to the Civic range. The 1.6 i-DTEC will produce 120bhp but just 94g/km of CO2. Prices will start at €23,695 for a high spec SE entry level grade. The 1.6 i-DTEC will also be available in the CR-V toward the end of 2013 and for the first time a ‘two wheel option” will be added to the CR-V range. A Civic Estate is expected next year but for those waiting for the Civic Type R it could be a long one, as it is not expected until 2015.

JAGUAR – Jaguar’s gorgeous XF Sportbrake, a derivative of the XF, is an estate designed for people who don’t like estates. Due here in January, prices are likely to start at €47,500. Longer than the saloon by just 5mm, it weighs 70kg less and features a 550-litre boot. It will be powered by the same engine line-up as the Saloon. On sale in May is the eagerly-awaited F-type. Its lightweight all-aluminium construction and powerful new engine line up promises to deliver stunning performance.