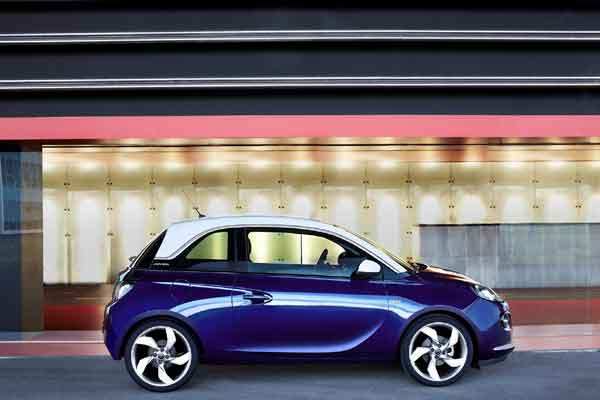 NISSAN – The replacement for the Nissan Note hits Irish shores at the end of 2013. Based on the Invitation concept the new Note is likely to be similar in length to a small hatchbacks such as the Ford Fiesta but offer the interior space of a supermini MPV. The engine range would be most likely a small diesel.

OPEL – A new five door Astra hatchback and saloon will arrive in  Ireland at the end of year.  Opel will also enter the compact SUV sector for the first time with the Mokka next month. Available in front and all wheel drive the engine range comprises of a 1.6-litre petrol, a 1.4-litre turbocharged petrol and a 1.7-litre diesel. Prices for the new Opel Mokka start at €19,995 for the 1.6 5 Speed, rising to €27,995 for the 1.7 CDTi 6 Speed AWD. Opel Adam will arrive in Ireland in the spring. Taking design cues from the Fiat 500, Citroen’s DS5 and the Mini this is Opel’s first urban car engineered and produced in Germany. Three petrol engines will offered a 1.2-litre with 69 bhp and two 1.4-litres, one with 86 bhp and one with 99 bhp.

PEUGEOT – For 2013, Peugeot have added a 1.0 petrol option to the 208. On sale in spring is the new 2008 compact crossover followed by the GTi variant of the 208. This hot-hatch features a six-speed manual gearbox and a 1.6-litre petrol engine with 200bhp and 275Nms of torque. Based on the 208 the 2008 is a small SUV-styled crossover that is powered by a new turbocharged 1.2 petrol 110bhp engine boasting low fuel consumption and CO2 emissions. Prices and equipment levels will be announced closer to launch.

RENAULT –There is no underestimating the importance of the new Clio to Renault, it has been one of the company’s biggest selling models since its launch in 1991. Available only in five-door version, prices start from €14,990. Let the war of the supermini commence. Elsewhere in the range the Megane has had a facelift for 2013 and joining the Renault range in 2013 will be the ZOE and Captur. ZOE is Renault’s 100% electric supermini while Captur is a sporty crossover. Prices for both will be announced in 2013. 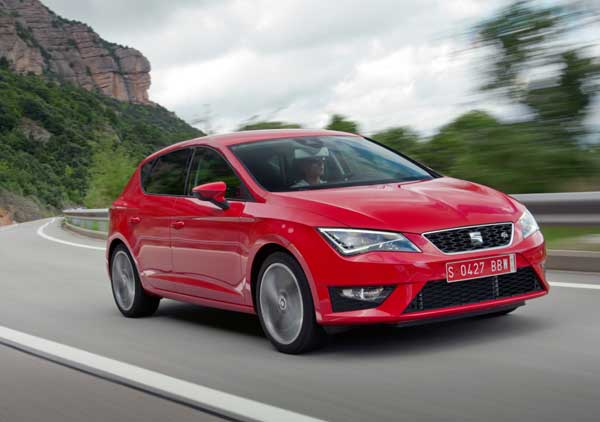 SEAT – There has been a €20m nationwide investment in the Spanish car brand by the parent company so we can expect to see a lot more from Seat in 2013. SEAT’s version of Skoda’s Rapid, the Toledo, goes on sale here this month and is the third new model launched by SEAT this year along with the Ibiza and Mii.  A new Leon will hit showrooms by spring.

SKODA  – Big news for Skoda this year was the launch of the Rapid which arrived here last month. Positioned between Fabia and Octavia with a starting price of just €15,995 for the entry 1.2 MPI 75bhp it offers a lot of car for the money. For 2013 a new specification, Octavia Exclusive will be offered in the Octavia Range. Standard kit includes: Half Leather Seats, Satellite Navigation, Rear Parking Sensors, 16” Alloy Wheels BlueTooth, Climate Control all for €19,995 for the 1.2TSI 105bhp and €22,995 for the 1.6TDI 105bhp.  Also new for 2013 will be an optional Automatic Transmission(ASG) offered on the Citigo

SUZUKI  – The S-CROSS concept shown in Paris is likely to preview the SX4 replacement due next year. The Japanese are good at small cars so we have high hopes.

SUBARU – Having launched the XV a Compact SUV and the BRZ, a performance coupe this year, 2013 seems to be a quiet year for Subaru with no new cars on the horizon.

TOYOTA – Big news for Toyota is the arrival of the Auris at the end of this month. It will be offered with 1.33 petrol, 1.4 D-4D and Hybrid. Next year sees the launch of the Prius +, a seven seater version of the Prius.  It has a Lithium battery which delivers 96gCO2 and 67mpg. A hybrid version of the Yaris, the first full hybrid in the b-segment is due with emissions of just 79g/km and fuel consumption of an incredible 80mpg. Later in the year an estate version of the Auris arrives and will be offered with a full hybrid engine.

VOLKSWAGEN –The latest version of VW’s best-selling Golf arrives in dealerships next month. It may not look very different from the previous version but it is almost 15% lighter and boasts impressive fuel economy and emissions. Prices start at €19,995. Also arriving in time for the new year is a 1.6 Diesel Beetle and the Scirocco GTS. Early in 2013 special edition R versions of the Passat and CC will join the range along with a new entry price point for the Polo. Prices are as yet unconfirmed. The hottest hatch on the planet, the Golf GTi arrives in 2013 with a 227bhp 2-litre, four-cylinder turbocharged engine.

VOLVO  – Based on the V40 hatch but with larger wheels and chunkier bumpers the V40 Cross Country sits  somewhere between a hatchback and a compact SUV. Targeting BMW X1 and Audi Q3, it will be available in front and all wheel drive with a higher ground clearance of 4cm. Starting price for the new model is €28,645. There is also a sportier V40 R-Design joining the V40 range.