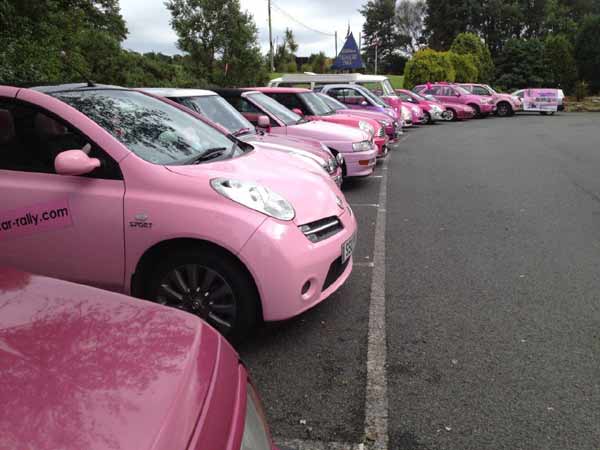 Two weeks ago, in excess of 27 shades of pink swathed the roads.  Since then, the 2012 Pink Car Rally Team’s JustGiving page total has swelled to a massive £12,706 providing the Little Princess Trust charity with enough money to be able to provide ‘real hair’ wigs to an additional three children a month, for a whole year.

Sali Gray, volunteer fundraiser and creator of the annual Pink Car Rally “set up what I believed to be a very ambitious goal of £10,000 for the Team this year’, she explained.  ‘We raised £7,500 both last year and in 2010, but I’m very aware that people can suffer from charityfatigue, especially when we’re asking people to donate, year-on-year.’ However, the Little Princess Trust charity appears to have touched the hearts of the nation and the annual Pink Car Rally seems to have become a cause célèbre via social media.  Sali explained ‘We know from the Society of Motoring Manufacturers and Traders (SMMT) that at the end of 2011 there were 7792 pink cars on the UK roads, but we have been unable to find a way to contact the owners.  Now they are finding us, thanks to social networking sites and celebrity tweets.’ 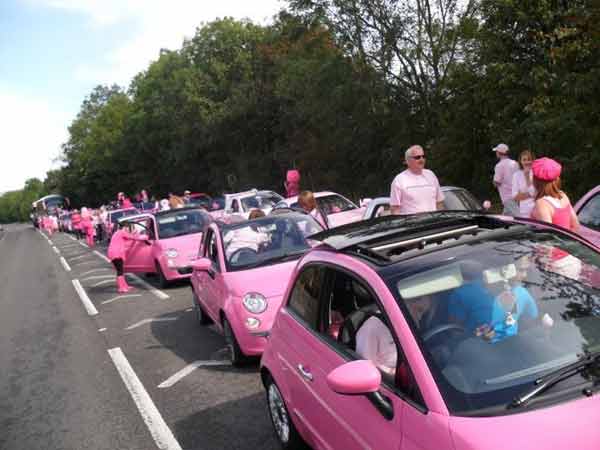 Originally created as a five-year planned programme of rallies, Sali now feels the need to continue with them. ‘The Pink Car Rally has grown massively over the last five years and has helped to spread awareness of the Little Princess Trust charity throughout the UK, whilst raising money for wigs.  Awareness of the charity has certainly grown and it has now supplied over 1200 ‘real hair’ wigs to children throughout the UK.  in 2006.  ‘I am passionate about the work of the charity’, enthused Sali, ‘hair loss is a terrible thing, at any age, but particularly so for children.  I just want to help families to find out about the Little Princess Trust, so that more children have access to these beautiful wigs.

For more information check out www.pink-car-rally.com