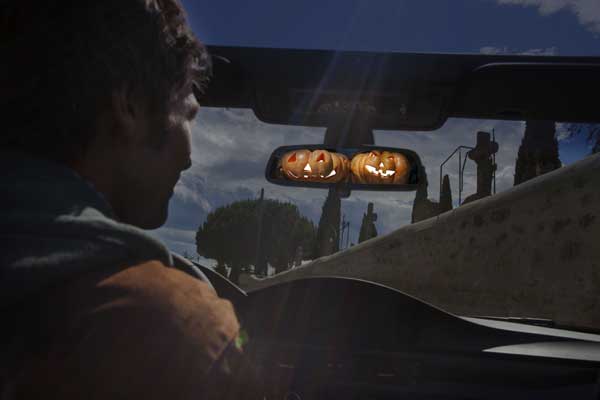 With Halloween just around the corner, it is the perfect time for families to start planning a spooky road trip. We have 6 spine-chilling destinations

Get Spooked in Scotland
From haunted castles and horrible histories to Celtic legends across ancient moors and mountains, Scotland’s got a lot to offer the Halloween holidaymaker. Start in Edinburgh, the Castle is said to be one of the most haunted in Europe, with many previously sceptical tourists reporting ghostly apparitions, as well as bloodcurdling screams and sudden drops in temperature. Out of the city, nearby Roslyn Chapel is more famous for its appearance in Dan Brown’s novel, The Da Vinci Code, but it is also home to its very own ghosts. Only the brave need apply for Halloween in the Highlands.

Terror in Transylvania
Transylvania is the legendary home of Dracula, the world’s most famous vampire. Even for travellers who aren’t keen to meet their very own blood-sucking count, this historical region in Romania offers stunning scenery and gothic castles galore. Hop into your car and take on the winding mountain roads with room for all the family. Then it’s time to head to Bran Castle, once a home of Vlad the Impaler, the historical ruler said to have inspired Bram Stoker’s Dracula. Would-be vampire hunters can also head to Lake Snagov, Vlad’s rumoured resting place, but don’t forget the garlic!

Venture over the Hair-raising Hardknott Pass
Hardknott Pass is known as one of the UK’s most challenging roads and it is indeed that! Deep in the heart of the Lake District if you venture from Little Langdale to Eskdale you’ll encounter the Hardknott Pass and the equally horrid Wrynose pass. It is one of the steepest if not the steepest roads in England and its certainly the most outrageous. The pass is flanked by old ruins of Roman walls and what is left of the Fort built by Emperor Hadrian to defend against the Scots.  Behind the wheel be warned the road is very narrow and twisting, the hedges are high and passing places are infrequent. Encounter someone in the wrong place and you’ve got a very long reverse ahead of you!

Ghost Hunting in Hertfordshire
England has its fair share of ghouls and apparitions for budding ghostbusters. Head off to Minsden Chapel in Hertfordshire to try to spot a ghostly monk climbing a phantom staircase.

Dread spirits in Devon and Dorset
In Dorset, an axe-wielding, prehistoric ghost has been seen riding a horse bareback. For a spectrum of ghostly goings-on, head down to Dartmouth in Devon, where old and new ghosts rub shoulders in the pretty maritime town. Dartmouth is reputed to one of Britain’s most haunted towns.  Hundreds of hauntings and other paranormal phenomena have been reported over the years including stories about the castle and the market town. And once you’re all spooked out, there is plenty more exploring to be done in the surrounding South Devon Area of Outstanding Natural Beauty. Or maybe a cream tea to settle the nerves.

Kreepy in Kerry
To really send shivers down your spine a visit to the South West is a must! Kerry’s famous Conor Pass and the sheer drop down one side will certainly spook even the most confident driver. If that isn’t enough to make the hair stand up on the back of your neck a spin down Molls Gap at night time will surely do the trick – First stop is the abandoned pub where there are rumoured sightings of mysterious lights shining from the depths of the lake on occasion. Next is the blocked up Derrycunnihy church – we wouldn’t recommend actually stopping here but if you’re feeling brave have a look into the back seat while passing (reports suggest the bridge is haunted by a young girl dressed in white who will hitch a lift in the back of your car for a leg of the journey)! If either of these don’t live up to expectations check into the Lake Hotel and ask for the haunted room – their young resident ghost used to be listed as an attraction on their website but has mysteriously vanished!

Road rage: What you feel behind the wheel