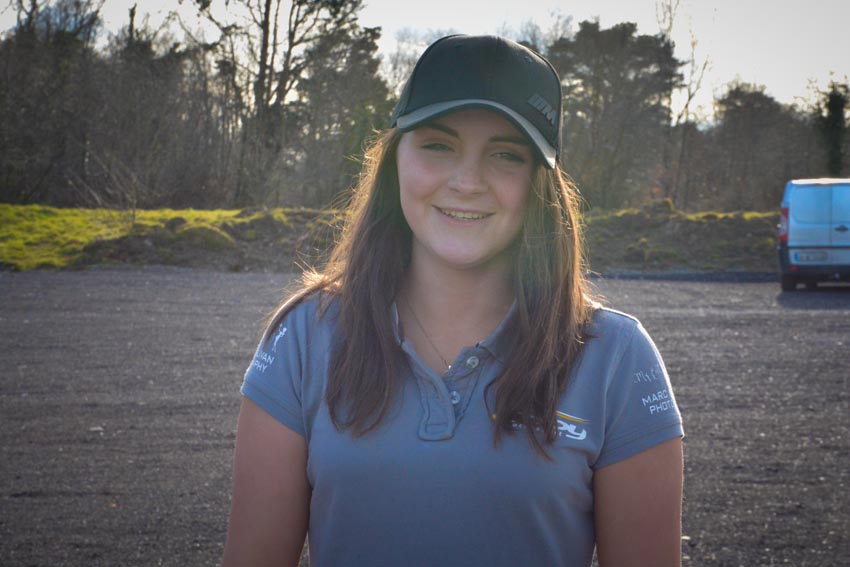 Alyx Coby at Round 5 of the Motorsport Ireland Karting Championship at Mondello Park. Photos: Marc Quinlivan

Alyx Coby enjoyed a successful weekend at Mondello Park with a podium finish in Round 5 of the Championship.

14-year-old Alyx Coby, from Newbridge, Co. Kildare was on the grid last weekend as the Motorsport Ireland Karting Championship paid its second visit of the season to Mondello Park for Round 5 of the Championship.

With the circuit design being modified since the last visit in early April, Saturday’s test session was spent learning the layout of the longer 1550 metre track and trying to get the kart set up right for Sunday’s racing.

Competing in the IAME X30 Junior class, for drivers aged 11-16, Alyx was hoping to repeat her strong performance from her previous visits to Mondello and close the gap to the leaders in the Championship.

After a delayed start to the day while the officials addressed some safety concerns with the bus stop section of the track, racing finally got under way with the first of the day’s two qualifying heats.

Starting in 9th place, she made her way up to 4th by the end of lap 2 and quickly made it on to the tail of the top three drivers. With a double overtake through the bus stop on the penultimate lap Alyx jumped from 4th to 2nd and pulled out enough of a gap to hold that position to the end of the race. A post-race time penalty for the race winner for missing the chicane then promoted Alyx to 1st place.

In the second heat she started 4th on the grid and was in a group of 4 karts for most of the race, all competing for third place. With the positions changing lap by lap, Alyx eventually took the chequered flag in 4th place before moving up to 3rd when the 2nd placed driver received a time penalty.

Alyx then lined up in pole position for the first final. Dropping to 2nd place on lap three she then led a train of four karts, defending her position until the last lap and finished in 3rd place.

Following a lengthy delay while the medical crew dealt with an accident in another race, the second final got under way with Alyx starting from 3rd position. She successfully held off the chasing karts for the first three laps before dropping a spot when the driver behind got a tow on the main straight and passed her at turn one. She regained the place at the same spot on the next lap and over the next three laps both drivers changed positions several times. The close battle allowed the chasing karts to close up and it soon became a four-way battle for third place. Entering the final corner of the final lap in 5th place, Alyx managed to climb to 3rd when the drivers ahead touched and she crossed the finish line to secure her fourth podium finish of the year.

The Newbridge teenager has retained her third place position in the Championship as the series takes a four week break before returning to Mondello Park for a third time on the August Bank Holiday weekend.