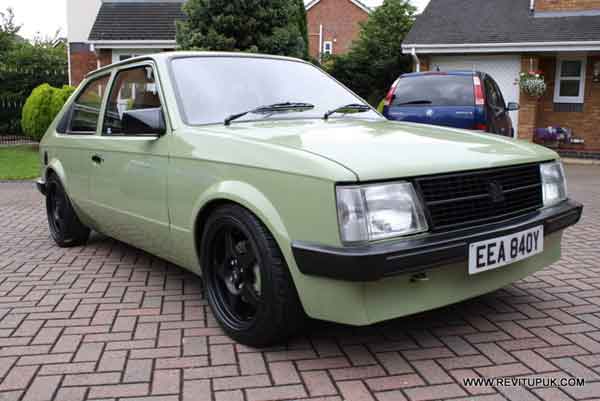 What was your first car and why did you buy it? I had booked my driving test for 19th January 1994. Now on hearing this my dad said to me “if you pass, I’ll give you the car”. Now the 19th of January was also my Dads birthday, so there was a lot of excitement. On the morning all the tests were cancelled, due to blizzards and testing only began a half hour before I was due to sit mine. I had a lesson with my instructor (who didn’t think I’d pass as I was too ‘old’ at 21!) Then I got a very grumpy examiner (the last one tried his patience) I was so nervous but I passed! Once I got the papers I ran to the phonebox (pre-mobile phone era) to tell my parents. I told my dad that I passed, took a deep breath and asked was he really going to give me the car? To which he said ‘yes’, I was jumping up and down in the phonebox like a lunatic.

What did you pay for it?  True to his word a couple of weeks later my Dad handed me the keys and registration, just in time for insurance, road tax and nct! That was my second lesson in car ownership – the costs involved, the first was how to change the tyre. And that is how my first car a Metallic mint green, 3 door, Vauxhall Astra Mk1 was my first car.

How did it change your life?  I lived in the country and it gave me total independence and the freedom to put my baby in the car and head off to the beach with my friends, take my baby to visit the other set of grandparents and go visit my friends who lived 15 miles away.

What was your best memory or most memorable moment in the car? We had some fabulous days out in the summer together. What I didn’t like was the manual choke, flooding the engine was easy to do and living at the bottom of a hill was not good! Thankfully my brother was there to help me out. I remember going to visit my parents and pulling into a lay-by when the glass fell of the headlight! It didn’t break thankfully and I had to glue it back together.

How long did you keep your first car? I kept the car for about 2 years, I had just moved out of home into my own place and about 6 months later it gave up the ghost and was replaced by a Nissan Cherry