Baby You Can Drive My Car; Car sharing alternatives 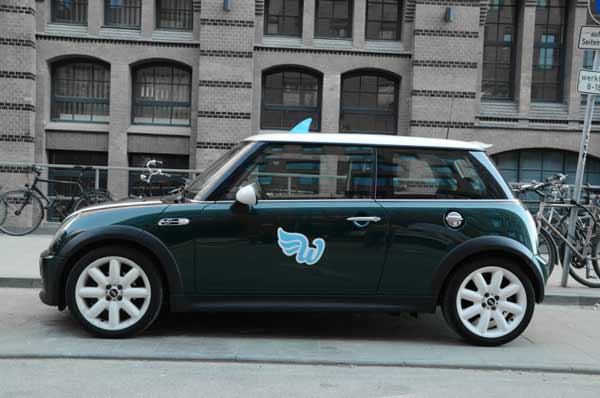 In the last few years, the notion of car sharing has begun to seriously take hold in cities all across Europe. What started as simple file sharing by Napster in the 1990s has evolved into a growing, shared economy where everything from spare rooms to office spaces can be rented out on a pay as you go basis.  After generations of defining ourselves by what we own, technology is now tipping the scales in favour of access rather than ownership and when it comes to getting from A to B there are a lots of ways that don’t involve owning a car.

Services such as Zipcar in Europe and GoCar in Ireland allow people the use of a car without the initial cost of ownership or paying for insurance, parking and fuel.  GoCar gives you access to over 60 cars and vans by the hour for as little as €2.49 per hour with the added bonus that you can park in Dublin city for free.

Companies like Uber and Hailo are changing how we hail taxis. Customers simply download an app on their smartphone with a map that pinpoints their exact location, the location of drivers that are available and the estimated time of arrival of the closest car is displayed.  Another novel twist on the car sharing app idea is Wundercar which recently launched in Dublin.

All Wundercar rides are on-demand and free by default only if the passenger thinks the driver and journey were worth paying for do they give a donation. Wundercar will take a 20 percent cut of each donation made. So what is the incentive to pay? If you get a reputation as someone that accepts lifts but never pays, chances are people will simply stop picking you up.

As the Wundercar business model straddles a grey area between personal and commercial, public and private it highlights the issues with the sharing organisation. Wundercar has faced the wrath of government and industry across Europe and in Ireland they are in a battle with taxi drivers who regard them as an illegal car service that operates behind the smokescreen of an app. “An app-based online service requires both the use of vehicles which are licensed and drivers who hold a licence,” a spokesman for the National Transport Authority told the Sunday Independent. The unlicensed Driver of the vehicle is liable for fines of up to €50,000 and the NTA have warned Wundercar should they operate without using only licensed drivers and vehicles “we will pursue and prosecute the individual drivers of such unlicensed vehicles where gratuity payments are involved”

But Wundercar argue that they are building a social transportation network where drivers are not requesting a payment and are not on the street to make a profit.

As more car sharing companies are vying for market share it is likely that prices will become more competitive and the alternatives to owning a car with be more convenient and a lot cheaper. But this has not gone unnoticed by car companies. BMW has joined forces with the company Sixt to form DriveNow while Daimler and Europcar have formed Car2Go. In Germany, Ford have Ford2Go, the first manufacturer-backed, car-sharing program to incorporate dealerships.

As twenty somethings shun car ownership and fears grow that young people will never buy cars and houses like their parents did; car sharing may just be the way to lure them back.

Car Rental With a Twist