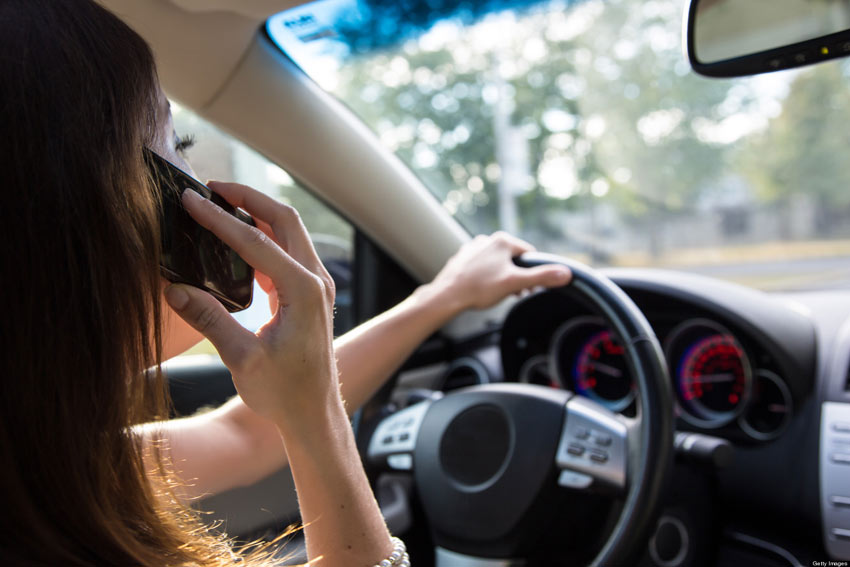 If you hold a full licence, you’ll recognise this feeling; you’ve passed your test and are now a fully-fledged driver! You’re about to thoroughly enjoy the drive home, but seeing as how you’ve passed the test, there’s no need to be such a perfect driver… maybe you’ll let your hands slip from ten and two, to eight and four… or six and nothing. Maybe you’ll stop a tad too close to the car in front, or maybe you’ll check your mirrors less often, because hey, you’ve already passed the big test. And that’s how the bad habits begin for any young driver.

Keeping an eye on the bad habits we form over time is crucial for keeping our roads safe, and will make you a better driver too. Here are six of the most common bad driving habits among Irish road users.Control of the wheel

Control of the wheel

This bad habit comes in many guises, from crossing your arms over when taking sharp turns to steering with the heel of your hand. Remember to feed the wheel when steering and always keep both hands in position.

Stopping too close to other cars

Bumper to bumper traffic is a phrase that should not be taken literally. Remember, make sure you can see the tarmac so you know you’re leaving enough room between you and the car in front when stopped in traffic.

Indicating is not an optional, customary gesture that entitles us to change lanes without regard for fellow road users. Remember to check your mirror, then indicate, and only when you can see the manoeuvre is safe, move into position.

You may be feeling enraged by the bad habits of other drivers, but road rage shouldn’t be our go to response. Remember that mistakes happen, and getting angry won’t get you there any faster.

We should all be aware by now of how dangerous it is to use your phone while driving, but the fact remains it’s difficult to ignore the intriguing ‘beep beep’ of a Whatsapp message, especially when you’re stuck in traffic and the plans aren’t yet finalised for tonight. Remember, it’s not worth taking your attention off the road when driving, or when sitting in traffic.

Liberty Insurance reward safe driving. Find out more about their current offers or get a car insurance quote in as little as two minutes.

The Strangest Driving Rules from Around the World