Battle of the Sexes: Who Seems to Be the Better Driver? Men or Women?

Home » Driving Test Guide » Battle of the Sexes: Who Seems to Be the Better Driver? Men or Women? 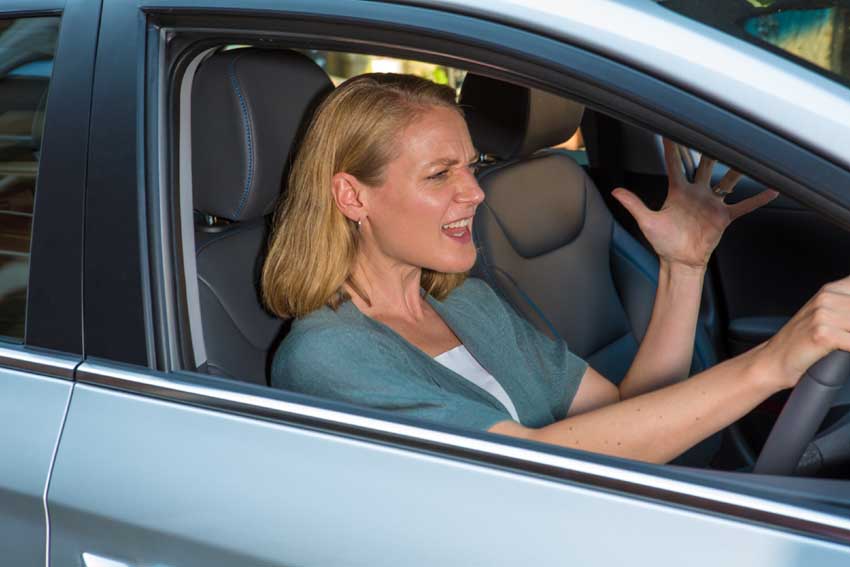 The battle of the sexes… this is a battle that will seemingly never go away.

This battle seems to show up in all areas of life too. Who’s the strongest? Men or women?; Who’s the most affectionate? Men or women?; and probably the biggest battle of them all… who’s the better driver? Men or women? There are so many opinions on this question but there has to be an answer somewhere, right?

Everyone has heard the famous song “Anything You Can Do” from the Broadway production Annie Get Your Gun… This song is the epitome of the battle of the sexes. This is a song where there is a male and female singer singing about how they can outdo each other in various tasks. If you’ve heard the song before, after listening to it, it kind of makes you wonder why everything has to be a competition. If you think about it, there’s been a battle between men and women for a very long time.

But when it comes to driving, both men and women had the right to drive but it was the women who were constantly ridiculed about their driving. For a very long time, men were considered as the better drivers but in today’s society, opinions are changing and views are shifting… the idea that men are the better drivers might be taking a u-turn, making women the better drivers.

At this point, with the statement of females potentially being the better drivers, you’re probably wondering how that conclusion came to be, right? Well, there are several factors that come into play as well as hard-core facts that are worth your consideration as well.

Gender Roles: Knowing Your Role
If you think about the sole focus of driving, the first thing that should pop into your head is safety. Yes, motor vehicles are the most common modes of transportation for many people but it is a well-known fact that motor vehicles are death traps, in a sense, and every time you set foot in one, you’re putting your life and the lives of others in danger. It’s a scary thought to think about but cars are how we get to work, school, and to various other aspects of our lives and driving or riding in one is a risk that just about everyone is willing to take.

Because the overall focus of driving is safety, why should it matter what gender is behind the wheel? Well, you would think that gender shouldn’t matter but it actually plays a very significant role in driver safety. According to the IIHS , males have far more car accidents than women. In 2017, statistics showed that 71% of car crash deaths were indeed deaths of male motorists, which was two times more than the amount of female motor vehicle fatalities. That’s one statistic that shows how women are better drivers, as well as safer drivers, than men.

Now, don’t take all of this informations and think that when it comes to driving that women can do no wrong… nobody is perfect, including women. There are women that drive who commit traffic offenses and get in car accidents… but the numbers don’t lie… women just don’t seem to have as many driving issues as men do, that’s all.

Age ISN’T Just a Number…
The phrase “age is just a number” has been used in several different ways… It’s been used to prove maturity and it’s been used to prove how young you feel versus how old you are. In the world of driving, age is a determining factor on your safety on the road. There’s a reason why the DMV requires young drivers to be 16 years old before getting behind the wheel of a car… it a matter of maturity and priorities.

Teen drivers have been the cause of lots of car accidents and the number one cause of their accidents is from distracted driving. Distracted driving can come in the form of texting, eating, talking on the phone, checking yourself out in the mirror. A lot of the times with teenage drivers getting into accidents, it’s because they’re distracted, took their parents’ car without them knowing, or because they were intoxicated.

Parents with teenage drivers, it’s time to get serious about their driving habits. To keep them safe and give you peace of mind, get a GPS tracker installed on all cars and set a curfew of when they ave to be back home. You, of course, know that you can’t protect them forever but you at least need to set some ground rules for them to follow while they’re under your roof. This might sound archaic to them and it may even sound a little harsh to you but these are your kids… you have to do everything in your power to keep them safe.

You want to go over all the rules of the road with them periodically to make sure they understand the importance and privlege it is to drive. You want to discuss safe driving tips  with them especially when the back-to-school season gets close.

The Takeaway
When it comes to being the better driver, gender shouldn’t play a role but it does. Whether you’re a man or a woman, your main focus of driving should be being safe on the road. Safety on the road isn’t a competition by any means but statistics show that women are indeed the better drivers and just as much as gender plays a role in safe driving, age does too. So, instill in your teenage drivers the rules of the road and tips on how they can be safe drivers and keep other drivers safe as well.

Women in Saudi Arabia are poised to start driving from Sunday