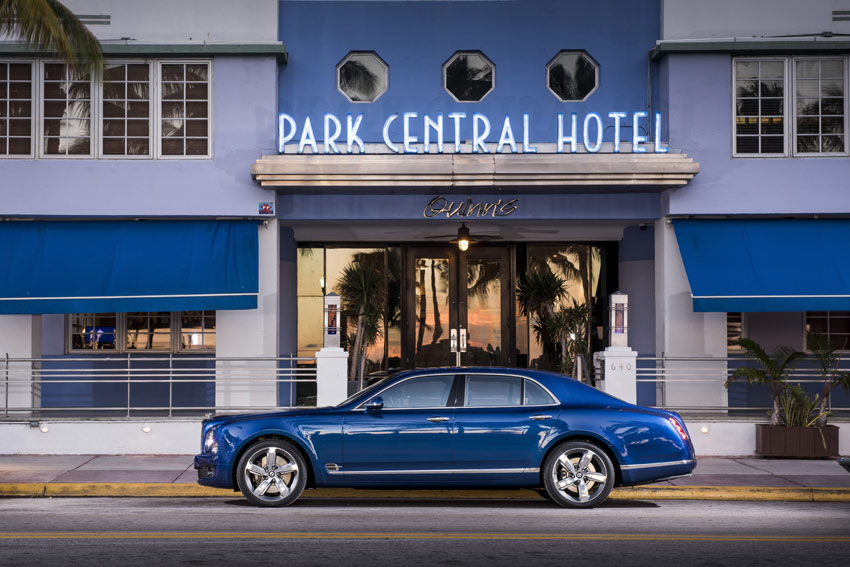 The Mulsanne Speed is the fastest ultra-luxury driving experience in the world.

You may be swayed by the Bentley Mulsanne’s luxury but it is the performance that is really outstanding, writes Geraldine Herbert

What is it?  Named after the Mulsanne Corner of the famous Le Mans racing circuit, the Speed is the ultimate luxury performance saloon. According to Bentley, it “delivers the fastest handcrafted luxury driving experience in the world”. ultimate in driving quality. The Speed is also an exercise in exclusivity; the British company manufactures only about 1,000 Mulsannes every year and it is made almost entirely by hand in Crewe, England, where 3,600 workers lavishly craft these cars.

Who is it aimed at? Unlike rivals — and it really only has two, the Rolls-Royce Ghost or Phantom — the Mulsanne Speed has not been designed to be enjoyed from the back seat; rather, it is a driver’s car. So while bargain-conscious millionaires may opt for the ‘regular’ Mulsanne, in the pursuit of performance Bentley has turned up the power and torque to enhance the Speed. It also gains a sharper suspension and a smarter cabin.

Styling? There’s nothing like arriving in style and it’s hard to do better than a Bentley Mulsanne Speed in ghostly white.

Under the Bonnet? Turn the key in the ignition — and hold on tight. The Mulsanne’s 6.75-litre, 530bhp twin-turbo V8 engine purrs with the menace of a big cat in a post-lunch slumber but take it out of Comfort and select Sport and listen to the leonine roar of the engine. Interestingly, the engine is based on an architecture that dates back to 1959; the Bentley L Series engine is one of the oldest car engines still in production. With 1,100 Nm of torque and selectable sports suspension and steering on demand, the Bentley’s mighty 6 propels the Mulsanne Speed to 100kmh in 4.9 seconds, that’s supercar acceleration, and on to a top speed of 305kmh

What about inside? Naturally, it’s stunning inside; no one does interiors quite like Bentley. Slide behind the hand stitched wheel and it is simply exquisite and oozes opulence, with rich and saturated interior colours. Everywhere, the attention to detail is second to none, from the embossed seats to the refrigerated bottle cooler with frosted glass and bespoke crystal champagne flutes, it feels sumptuously indulgent and simply smells of success.

On the Road? Just like the other Bentleys, the Mulsanne Speeds offers a blend of power and torque, with a satisfying symphonic exhaust note. While on the road it is not a dynamic performer, but you can go very fast, very stylishly. It is a heavy car, though, and through corners and bends there is no disguising that; but overall it handles impressively for its size. The new eight-speed transmission shifts quickly and responds like a manual but with the ease of an automatic 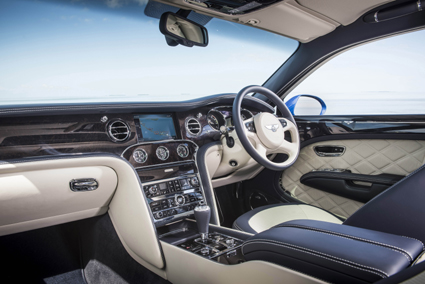 Will it break the bank? The extra performance is also matched by improved efficiency and Bentley tell us the revised speed is cleaner and more efficient than before — but then if such matters concern you, this is possibly not the car for you.

Verdict? The Bentley Mulsanne Speed is a unique blend of heritage and modernity. With one foot firmly in the past, it is a car from a bygone era, a big gas-guzzling limousine, but it is also magnificent and turns every journey into an event. It will be bought by those who don’t covet a sexy exotic car but rather like the understated elegance of Bentley for the drive to the club wearing their bespoke suits And for the rest of us who can’t touch the Mulsanne Speed €300k+ price tag, its seems that while money can’t buy happiness, it can buy an opulent set of wheels and that’s enough for me.

Why you won’t? Very pricey to buy; Running costs