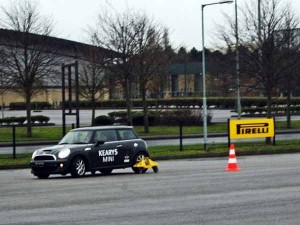 While Geraldine, Caroline and Jennifer were busy off-roading at Mondello I was busy enjoying myself in Cork – and no, it wasn’t a shopping trip this time. In fact, I spent the morning drifing a 5 series around a car park – and without the fear of being chased away by the boys in blue!

Keary’s BMW/Mini were hosting a free BMW Rally School Event, with driving instructors from Rally School Ireland – and it wasn’t just for petrol heads! Spa Therapists from the Radisson Blu Spa were on hand in the showroom for any emergency manicures – driving is hard work you know!

My first impression when I arrived at the course was that rather than the usual safety barriers you’d expect, it was lined with brand new BMW’s. After being assured that they were actually well insured I sat into the Mini with what looked like stablisers attached to the back wheels…. With David from the Rally School in Monaghan guiding me around the course it wasn’t long before I was trying my best to slide around cones, testing out it’s breaking abilities and had stalled it more than once! 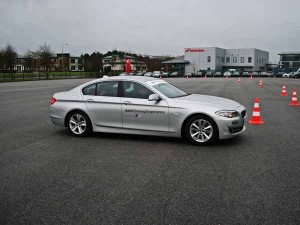 When I had “mastered” the Mini he suggested I should try out the 5 series….. I had managed to avoid hitting anything with the Mini but wasn’t too sure I could do the same with the wider and longer BMW. A few nervous laps later I was quite happily throwing it around the cones and it was definitely my favorite of the two – if it wasn’t for the queue forming for test drives they would have had to drag me out of the drivers seat!

I’d recommend that everyone should try out a winter driving course – especially if you’re not the most confident of drivers. You will never learn how to regain control of a car until you’ve lost it, and doing this in a safe environment is obviously the best option! Almost every modern car has safety features but not everyone knows what they have, how they work or how to use them.

Big thanks to Keary’s BMW (especially Michelle), David and Malachy from Rally School Ireland and a special thanks to Anne-Marie from the Radisson Blu Spa who painted my nails! 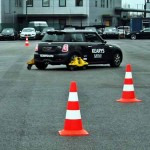 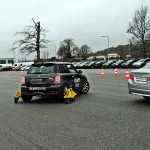 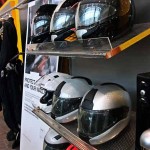 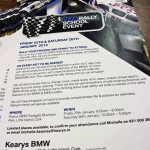 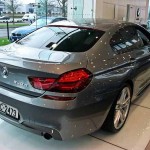 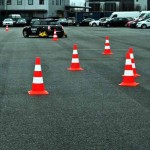 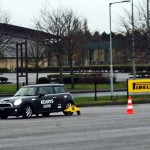 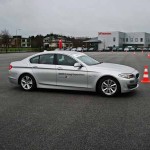 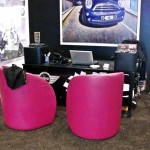 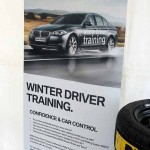 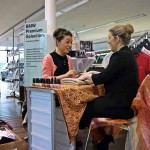 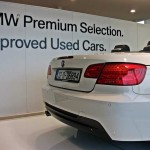