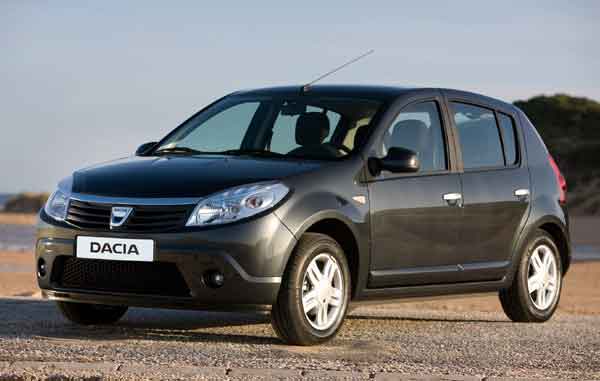 Fancy a new car but buying on a budget, we have ten new cars you can buy for less than €12,000 writes Geraldine Herbert

1 Dacia Sandero – €9,990
It’s hard not to be impressed with the Sandero. You get a huge amount for your money.  And yes if you are stepping from a Ford Fiesta, an Opel Adam or a Renault Clio into a Sandero you’ll probably be distinctly underwhelmed but once behind the wheel it drives fine, offers plenty of room and certainly deserves to be top of any Budget car list.

2) SEAT Mii – €10,145
One of three cars from the VW group the Mii is the cheapest of the trio that includes the Skoda Citigo and Volkswagen’s UP! Inside it feels far more spacious than its exterior might suggest and can hold up to 251 litres in the boot and swallow an impressive 951 with the rear seats down. With sporty good looks and competitive pricing, the Mii has a lot going for it. 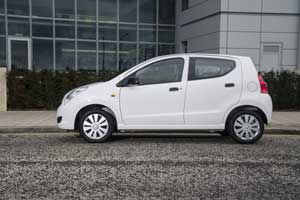 3) Suzuki Alto – €10,995
Suzuki know a thing or two about making fun city cars and the Alto is no exception. Inside it is roomy and outside it looks good. For low running costs, excellent economy, reliability and well priced the Alto remains well worth considering for budget buyers.

4) Citroen C1  – €10,995
Cheeky, French and full of charm with slim, swept-back lights, a new grille plus LED daylights and larger circular headlights, the C1 is an immediate eye-catcher.  While ideally suited to the urban environment venture out of the city and the C1 has plenty of pep for motorway driving.

5)  Dacia Logan  MCV €11,190
Dacia’s budget estate is the cheapest car of its size that you can buy new. The Logan MCV (for Maximum Capacity Vehicle) is a no-nonsense load-lugger that wont break the bank.  The styling outside is plain and inside it is spartanly fitted and plastic abounds but if practicality is your main buying priority it would be hard to beat the Logan on price 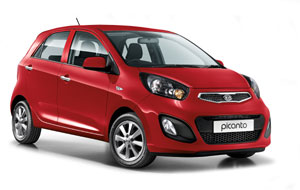 6) Kia Picanto – €11,800
The Picanto is a really good package, with cheeky styling, good quality of build, and coupled with a seven year warranty it is hard to fault. With plenty of space in both the front and rear the Kia is one of the best city cars around.

7) Volkswagen UP! – €11,945
The Up! has personality with a capital P and comes with very nice styling, good standard equipment and that €11,945 starting price. Proving that size doesn’t matter it’s impossible not to be impressed with the VW Up!  Did we mention it’s a previous winner of World Car of the Year?

8) Fiat Panda – €11,995
It is not long behind the wheel before you are completely seduced by the charms of the Panda. It is fun to drive, sophisticated yet practical, well equipped and built. It is also the only city car offered with four wheel drive as an option.

9) Hyundai i10– €11,995
The new i10 was launched at the beginning of this year and is longer, lower and wider than the previous model. It also boasts best in class for legroom and has a boot-space of 252 litres. Really well built, good to drive and super refined for a car in this class the i10 is well worth a test drive. 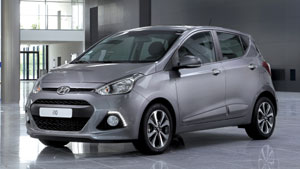 10) Mitsubishi Space Star – – €11,995
A 1.0 litre version of Mitsubishi’s new Space Star comes in at just under the 12k price point. Well equipped and backed by an eight year warranty the Space Star offers, good fuel economy and  reliability. It’s not the most fun to drive  but as a first car it would be ideal as it is light and crucially easy to  drive and park.

Buying a Small Economical Car for €8,000