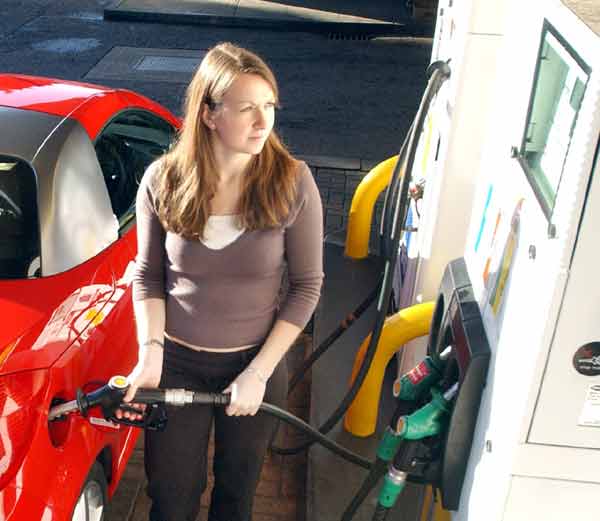 Can a small data logger from Ford help you reduce trips to the petrol pump? We asked three wheelsforwomen readers to put it to the test.

As the price of fuel continues to rise, motorists looking to save money are becoming more conscious about ways to boost their vehicles’ fuel efficiency. But what can motorists do to keep their fuel bills down?

The most obvious response in recent years has been to avoid large, fuel-guzzling cars in favour of more economical choices. But with the recession biting hard, fewer motorists are in a position to rush out to buy a new car.

Yet many seem completely unaware that altering driving style can cut fuel consumption by up to 30 per cent, so it’s worth paying more attention to the way you drive.

In recognition of the role drivers play in fuel consumption, manufacturers are introducing technology that teaches people to drive more efficiently.

Many cars are equipped with lights on the dash that advise drivers of the most economical time to select gears, and start-stop technology and energy regeneration systems all support our quest for greater fuel economy.

Ford is offering a new and innovative solution called Econo Check, which works via a small electronic data-logger that records driving behaviour. It is freely available to all Ford drivers with models built from 1998.

The unit stores data on driving speed, acceleration, anticipation, braking and gear changes over one week.

Once removed and the data downloaded, an Econo Check personal report is emailed to you and your motoring life laid bare. A minute-to-minute log of each journey is revealed.

Every detail about the way you drive and the hours spent behind the wheel is recorded.

According to Ford, the Econo Check can reduce fuel bills by up to 25 per cent, but is it really as good as they claim? We asked three women drivers to put Ford’s logger to the test, with very mixed results. In advance, we also asked them to fill out a short questionnaire about their perceived driving style. 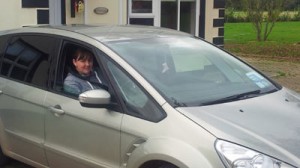 Sandra Allen from Enniscorthy spends a lot of time on the road ferrying three children to different schools.
While she admits to “sometimes” braking harshly, she “never” accelerates excessively, “always” obeys the speed limits and “always” anticipates hazards ahead.

The results of Sandra’s Econo report told a different story. “I was surprised; I give out to my partner for his driving habits, so thought there’d be very little, if anything, wrong with mine.”

During that eight-hour period, just one hour 33 minutes were spent actually moving on 38 separate trips. Over a third of the journeys Sandra made were short, while an incredible 80 minutes were spent idling in traffic. As expected, six occasions of harsh braking were recorded, but no excessive accelerations.

Overall, annually, 80 litres of fuel and 212 kilograms of CO2 could have been saved with improved driving technique, representing an annual saving of €125.

“The biggest surprise was finding out that last-minute braking is hard on fuel.

“So too is accelerating quickly,” said Sarah. “Since getting the report back, I have been more conscious about my habits and hopefully will continue to do so.”

Martina Junkers, from Meath, works full-time in Dublin and commutes every day to Blanchardstown. She enjoys driving and “never” brakes or accelerates harshly and “always” obeys the speed limit and anticipates hazards.

“I was pleasantly surprised with my results,” says Martina, whose overall driving was commended. “I hate tail-gating drivers and those who torture their cars and other drivers by braking hard.”

She didn’t fare so well with her gear changes. Over the five hours monitored, the most costly driving habit was not changing through the gears into top gear at the right time.

“Definitely, I now try driving a bit more slowly and watch my gear changes,” says Martina, whose potential savings were 47 litres of fuel and 123 kilograms of Co2, meaning an annual saving of €71.

Edwina Hogan, a mum of three from Dublin, divides her time transporting children from school, football, swimming and gymnastics.

“I thought my results would have been worse than what they were,” says Edwina, “but in the past few years, I have become more conscious of fuel consumption and I am only too happy to save a few more euro.”

The worst habit Edwina’s report identified was not anticipating hazards. All other driving was rated as good. A change in anticipatory driving habits would mean a possible annual saving of €76.

Try out the new, innovative Ford Econo Check and see for yourself how easy it can be to reduce your Ford’s fuel consumption, reduce your carbon footprint and receive a voucher for 10% off your next Ford service. And it’s FREE…. click here to find out more

A version of this article, by the author,  first appeared in  the Sunday Independent on 11th of November, 2012

Ferry your Family in Style with a New MPV

Are You Concerned About the Cost of Fuel?

€50 in Fuel Vouchers From Heffernan Tyres