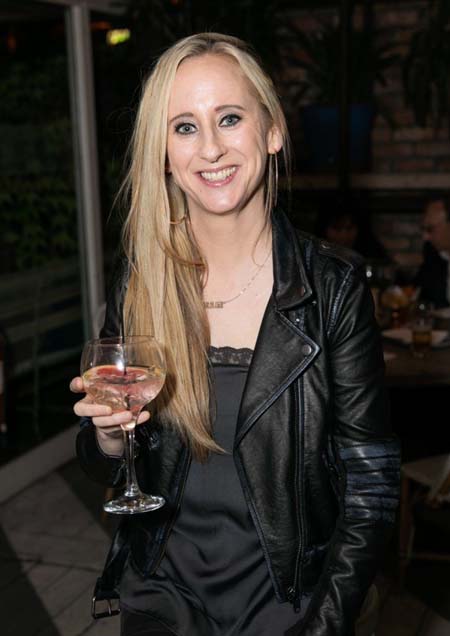 Caroline Grace-Cassidy talks to Geraldine Herbert about the state of her car, her expletive-filled driving test and her dream passenger

Is a car important to you? I never take being able to drive for granted! I failed my first test and was delirious to pass the second time. My mam never learned to drive and I see how hard that is. With two girls to ferry around, I love my car!

What do you use your car for? Everything! School drops, meetings in town, The Elaine Show at Virgin Media One, school pick ups, gymnastics, Drama, hip hop! I rarely take the bus as it’s a good walk for me to the bus stop – and I’m always nipping in and out of town for hour-long meeting so it’s actually cheaper for me to drive and pay one-hour parking.

When choosing your next car is it the efficiency, performance or the environment that would be the key consideration? My car is only a 1.2 litre so next one will be the same! I don’t go for big fancy cars that are energy zapping, eat fuel and take up two parking spaces!

Any bad habits? I made a decision last year to put my phone on the boot and I have an I AM DRIVING setting on my phone – best decision I ever made. I never used it while driving but as soon as I stopped at lights I’d check – was as dangerous as your concentration levels are disrupted a lot. Main bad habit now is just a very messy car!!!!

What sort of state is your car in (inside or out)? Which brings me nicely to this question! Hands up my car isn’t exactly pristine. I have two young kids and they are eating snacks after school and it’s gets very messy. I will wash it once a month maybe in a car wash and then tell Kevin, my husband, it’s all his! His car is a gleaming Golf GTI you could eat your dinner off the bonnet and inside. He will give mine a big clean once a month.

What’s in the boot and the glove compartment? The boot is full of library books that are overdue! Always big umbrellas. And some copies of my new book! The glove compartment is the beeper to my parent’s apartment gates   – spare socks for the kids (!) and some change for parking.

How would you describe your driving, then?  I think I’m a careful enough driver – I don’t especially love driving if I don’t know where I’m going. I have zero sense of direction so I rely heavily on google maps!

Ever crashed, got a parking ticket or points? I’ve had someone crash into the back of me – have had several parking tickets – one time I had the council paint double yellow lines WHILE I WAS PARKED! I contested and won that one obviously. No points.

Have you ever experienced road rage (either passively or actively)? Oh yes. Unfortunately, I do often. I try never to beep just shout and scream at the windscreen.

What was your first car? It was a red Ford Ka my parents bought me for my 21st birthday! Who taught you to drive? My dad started giving me lessons on his Toyota Corolla but he wasn’t really able to deal with my absolute incompetence – so I had about 20 lessons with a lovely lady called Jo who was so patient and kind!

Any driving test tales? So I failed the first time and I threw an absolute strop back in the test centre when my poor instructor gave me the news! He was mortified by my outburst the poor man – I may have thrown a few expletives his way.

Who would be your dream passenger? Why? Dream passenger would be Emma Thompson – her voice just soothes my soul. A nice coastal drive with her talking to me while I take in the views. Bliss

Caroline Grace-Cassidy is a screenwriter, author and regular panellist for The Elaine Show. Her new novel Bride Squad Runaway is out now.