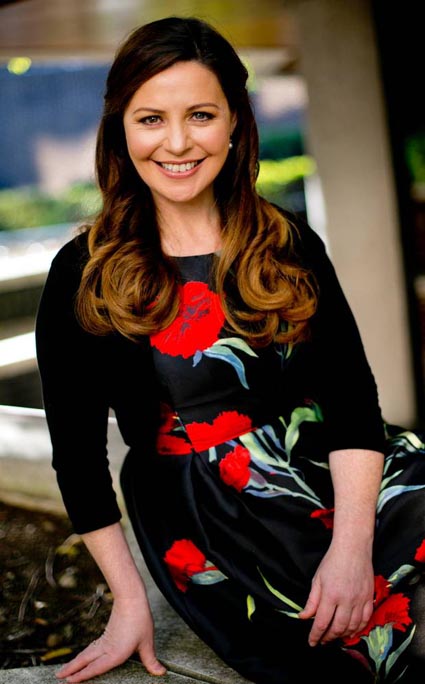 Why do you drive an estate?
I suppose the alternative to an estate is a four-wheel-drive, which I used to have. But I drive this particular estate because, at the time, I did a lot of research into boot capacity. I carry a full cookery demo unit plus all equipment and ingredients to cookery demos around the country. I need to know that I can pack and unpack easily and, most importantly, that I have full visibility when travelling.

Is a car important to you?
My car is vital. I run my business, Ballyknocken House & Cookery School, at our farm in County Wicklow and there’s always a reason to be on the road – from collecting local ingredients to travelling around Ireland for cookery demonstrations. And my two teenagers seem to have a much better social life than me, so they are in need of frequent transport too.

What sort of state is your car in (inside or out)?
Well, allowing for the fact that I live on a farm in the countryside, I do admit it’s not sparkling! But my local garage helps me out and cleans her up regularly.

How would you describe your driving?
I think I’m a good driver.

Any bad habits?
My kids say I play the radio too loudly. Apparently, it’s embarrassing when I rock up to school!

Ever crashed, got a parking ticket or points?
Nothing major to report here, thankfully. I got clamped once in Dublin when I was at a dance studio training for a Breast Cancer Ireland fundraiser – I never knew that they charge for street parking in Dublin on Sundays!

Have you ever experienced road rage (either passively or actively)?
I had a fella follow me to my house once when I lived in Dublin. He was in the right-hand turning lane but drove straight ahead when the lights changed, almost hitting my car.  I got a bit of a fright so I tooted the horn to warn him I was there. It was nothing like the fright I had when he got out of his van and started hammering on my car window when I parked in my driveway. He disappeared as soon as I picked up my phone to call for help.

What was your first car?
A Fiat Uno Fire – though it might have been more like a spark. I loved it, as it was my first feel of independence.

Who taught you to drive?
My dad and sister and I don’t think they have recovered from the trauma of it! I started out driving the tractor on the farm, followed by driving a Renault van around the headland of the farm, scaring the living daylights out of the sheep. Eventually, they let me out on the road.

Any driving test tales?
My dream machine first car – the Fiat Uno – was stolen on me in Dublin and it was found stripped.  The garage put it all back together for me and put in an anti-theft device that automatically cuts off the petrol when someone tries to hotwire the car. Unfortunately for me, this device malfunctioned during my first driving test. The engine cut out and I had no idea why. The instructor had to push my car in off the road for me and then he had to walk all the way back to the test centre. I’m still scarlet thinking of it!

Dream drive in a dream location?
Someday I’d like to drive Route 66, but this summer I am going to drive along the north coast of Sicily from Palermo to San Vito Lo Capo. The scenery is stunning.

Who would be your dream passenger and why?
Clare Smyth, one of the world’s top female chefs.  Clare is originally from Northern Ireland and true grit has got her to where she is now, running Core by Clare Smyth in London. She is an inspiration for women entering the culinary world.