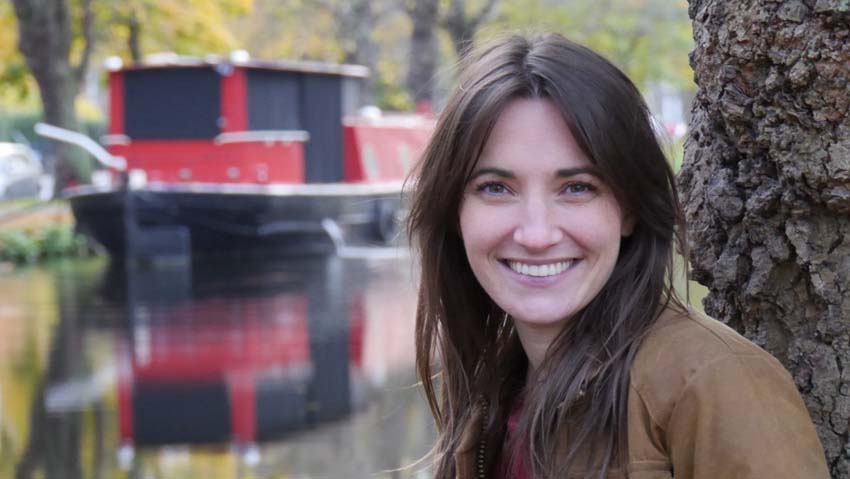 Your current car? I currently drive a very old, but very reliable Toyota Corolla. I’ve been living in a house with no driveway and that’s really stood in the way of me going electric. We’ve just bought a new house with a driveway so I’m finally taking the plunge. I can only afford a second-hand electric car and I’m nervous about the range, but when I look realistically at how little I drive and how short most of my commutes are, I just know I can make it work. It might take more planning but it will save me a lot of money and worry about the environment and my personal contribution to fight climate change.

When choosing your next car, what is the key consideration? When I’m buying my next car, which will hopefully be soon, the environmental impact is by far the single most important issue for me. I think we all have a moral obligation to do everything we can to reduce our individual carbon footprints ­­- and transport is one of the highest contributors. Obviously, we should all try to walk, cycle or take public transport where we can, but if we have to drive, then an electric car is the way to go. Having driven a good few different electric cars for EcoEye, I’ve realised they are an absolute pleasure to drive, and once there’s a bit more investment in the charging infrastructure, they’ll be even better.

Is a car important to you? I learned to drive nearly 15 years ago and in pretty much all of that time I’ve had a car and very rarely used it. I’ve always been lucky enough to live within walking distance of wherever I was working or studying and it’s been brilliant. This is the first year that I’ve really needed my car for work, because I work in different hospitals on different days and often start at 7am, so I unfortunately need to drive to get in on time.

What sort of state is your car in (inside or out)? It is an absolute holy show! The outside is battered and filthy. A truck once drove into the side of it when it was parked outside my last apartment and dented it, and I’ve just never gotten around to getting it fixed. The inside is definitely a bit better, but still not great. There’s no clutter ­­- I like to keep it tidy ­­- but it has been about two years since it saw a Hoover. One of my friends drove it for a few months while I was away recently and when I came back she’d put a great air freshener with a picture of a cartoon llama on it, so that’s definitely the best part of the car – and potentially the most valuable!

How would you describe your driving, then? I definitely think I’m a good driver but I do admit that I have a tendency to drive too fast. I also get frustrated easily when people in front of me aren’t progressing. I actually think I’m my worst self behind the wheel. I’d love to be more patient.

Ever crashed, got a parking ticket or points? I’ve been crashed into before but thankfully it wasn’t my fault. I was driving through Ranelagh in Dublin and a taxi pulled up suddenly to pick up a passenger without indicating. The car behind him managed to stop, and so did I, but the poor lady behind me wasn’t able to and she ran into me and pushed me into the car in front. Luckily nobody was hurt, but I have to admit I got a serious fright and was really shaken for the rest of the day. I used to really enjoy driving before that. As a doctor I see a lot of tough things in hospital and I’m very aware of my own mortality, so I’m glad the accident was only minor, but it’s so important we always keep our wits about us on the road.

Have you ever experienced road rage (either passively or actively)? Sadly I think I’m my worst self behind the wheel. I get frustrated with other drivers pretty easily but I’m able to stop myself short of actually shouting at anyone. I won’t deny a few angry mutters under my breath, of course.

What was your first car? I just loved my first car! It was a little red 1996 Volkswagen Polo and I called him Maximus Decimus Meridius, or Max for short. I insisted on buying it because I loved it so much. My dad told me to buy from a registered garage but there was no persuading me. I bought the car privately from an ad in Buy and Sell magazine. It managed to survive about two months before the timing belt smashed apart on the M50 when I was going at 100kmh and nearly caused an accident. I managed to pull in to the side and call a tow truck between floods of tears. Hilariously, the tow truck driver was a driver by day and worked as a Chippendale dancer by night, which at least made for a better story. When I brought it to the garage it ended up costing nearly the entire price of the car again to fix it. A cautionary tale for any young driver – buyer beware.

Who taught you to drive? When I was 20 I applied for the driving test because there was a year-long wait for testing back then and I assumed I’d get my act together and learn to drive once I applied. I didn’t, so a year later I got a letter with a date for my driving test only three weeks away and I had never been behind a wheel. I phoned a local driving instructor, who ended up being the most patient woman I’ve ever met. She took me out and over the next three weeks taught me how to drive from scratch. Somehow or other, I managed to pass the test first time.

Dream drive in a dream location? Myself and my fiancé went to Cape Town last year but we didn’t have much time to visit the rest of South Africa. I would love to go back one day and slowly drive the Garden Route all the way across the country. That would be an amazing trip. But I have to say, I’ve been so lucky in the past to drive a few stunning and famous routes like the Great Ocean Road in Southern Australia and the Pacific Coast Highway in the USA, so I can’t complain.