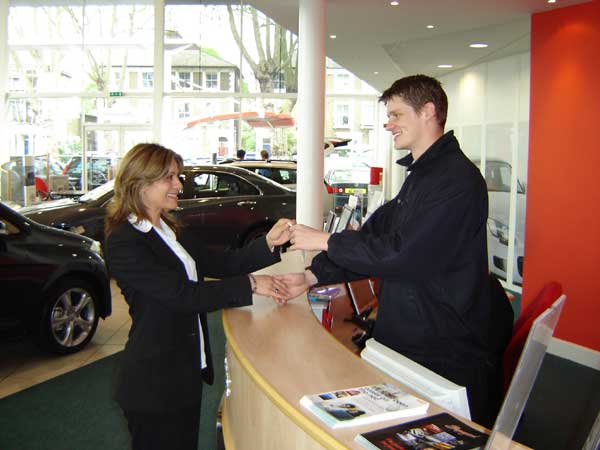 How to get the best deal when it comes to buying a new car, we look at your car finance options writes Geraldine Herbert

” July is a crucial period for the Motor Industry” Says Alan Nolan Director General of the SIMI “The second year of the new number plate, new car enquiries in dealerships are very strong at the moment and should translate into a busy July.”

And the vehicles being bought suggest it is not millionaires driving the surge: the best-selling models this year were the VW Golf, Nissan Qashqai, Toyota Corolla, Ford Focus and Skoda Octavia.

“We have seen a significant step change in consumer confidence with a 30% increase in our sales in 2014 compared to 2013” says Steve Tormey, Marketing Manager for Toyota “Toyota has benefitted from a series of new model introductions such as Auris, Corolla and RAV4, but on a whole the entire industry is up considerably and is more positive in its outlook”

While for many car companies the sheer range of cars they have to offer is attracting buyers, there is no doubt that there has been a swing in consumer sentiment over the past 12 months but the real driving force seems to be the availability of finance.

“The fear factor has disappeared for many and consumers are more confident to start spending again” says Michael Rochford  Managing Director at Motorcheck.ie. “Add to this the ready supply of car finance and the fact that many potential customers have deferred changing their car until things improved”

As banks tightened their lending policies more and more car manufactures are lending directly to customer through Irish-based finance houses and this is playing a large part.  Volkswagen Bank is the top provider of new car finance in the country accounting for almost 15% of all finance agreements written on new cars.

There are three main options for financing a new car;  a personal/car loan, buying on hire purchase or through a personal contract purchase (PCP).

Borrowing money from a bank, building society or credit union gives you eventual ownership of a car. The best way to compare loans is on APR – the annual percentage rate as this allows you work out how much a loan will cost you over its lifetime.

Hire purchase is the simplest form of finance outside of a personal loan. With HP, you pay a deposit upfront (often 10%) and then pay the rest off in monthly instalments over an agreed period. After the last payment you own the car. It is worth remembering with any HP contract, be if for a 3 piece suite, sound system or a car is you do not own the asset until the final payment is made. Two years down the line and €15,000 later if you can t keep up the payments you stand to lose both the car and all the money you have spent thus far on it.

PCP deals, which are being marketed heavily by all of the top manufacturers, are proving particularly popular this year.

“One factor in the increase in both car and van sales is the availability of a range of innovative ‘personal contract plan’ (PCP) finance products that practically all of the manufacturers have introduced over the last number of years” says Eddie Murphy, MD of Ford Ireland

With a PCP contract you pay an initial deposit of between 10 per cent and 30 per cent, which is typically funded by a trade-in of your existing car . The lower the deposit the higher the monthly repayments.

The dealer agrees a fixed amount known as the minimum “guaranteed future value”  which is essentially an estimate of the car’s value at the end of the PCP contract. The monthly repayments are then based on the difference between the purchase price of the car, minus the deposit, and the minimum guaranteed future value.  Interest rates depend on make and model. However unlike HP or a bank loan  at the end of the agreement you have the choice of whether to make that final payment or not

At the end of the contract you have three choices: pay the balance and own the vehicle, hand back the keys or put the money towards a new car. Obviously the last option is what dealers are hoping for.

As with all contracts, watch out for the small print.  In most cases additional fees will apply, usually in the region of €75 as a once once-off payment. Also be aware of the mileage limitation imposed by the agreement. The average Irish motorist does in the region of 18,000 km a year so keep this in mind when agreeing the mileage with the dealer. If you exceed the agreed mileage when you return the vehicle you will be charged an excess so make sure the amount you agree is realistic.

But what about a car loan? Although bank loans may seem expensive in comparison, they do allow a buyer the flexibility of purchasing with cash and offer a greater range of repayment periods, usually ranging from six months to five years. They also extend the choice to all dealers, not just those offering PCP deals and to second-hand cars.

If you decide to buy the same VW Golf from the PCP example, but borrow the money from the bank, the monthly repayments will be significantly higher.

Buying a new car can be a daunting task, so before you start the hunt for your dream car set a realistic budget that anticipates future costs and stick to it. Remember knowledge is power so use comparison sites to know exactly what your budget will get you. When it comes to buying always negotiate the total price rather than a monthly repayment and don’t underestimate the value of free servicing or an extended warranty.  Most importantly always be willing to walk away, remember, you really are in the driving seat.

Get the right deal to finance your new car

PCPs – An affordable way to buy a new car

New And Affordable Way To Buy A Toyota