Car Rental With a Twist 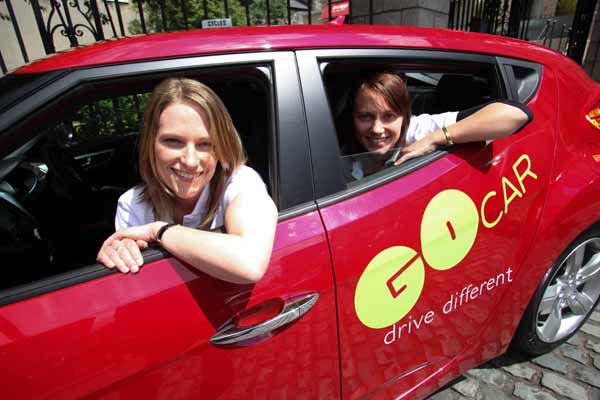 Do you like the convenience of having a car but hate paying for fuel and coping with the ever increasing high cost of tax & insurance?  An innovative system to allow access to cars by the hour may be just the solution!

A significant number of urban dwellers have joined residents of other major cities in giving up their cars and turning to alternative forms of car use.

A new car sharing system in Ireland, GoCar plans to persuade people to move from the idea of owning a car to that of simply using a car. Unlike car hire which is more suited to day/weekend companies like GoCar provide cars for as short as an hour. It is in essence the car equivalent of the Dublin bike scheme.  A wholly Irish owned company GoCar currently use low carbon emission vehicles and will have electric vehicles on the fleet by the end of the year.

The scheme is ideally suited to people living in apartments without parking spaces or families who are considering the purchase of a second car. For individuals it provides the flexibility of a car without the overheads while for families it could provide the means to take kids to after-school and recreation activities without the need for a second car. While for cities car sharing  reduces parking issues, lessens congestion yet still providing access to vehicles for people who need them.

Car share may be new to Ireland but innovative car sharing schemes have been springing up around the world for a number of years. In Paris the world-first electric car-share scheme, Bluecar has just been launched. The scheme is based on the capital’s popular bicycle-sharing system and  with over 1200 charging stations throughout the city it is designed to become the world’s largest of its  kind.  The four-seater Bluecar was designed and manufactured in Italy by the designer Pininfarina and has a  240km range, and takes about 4 hours to recharge. In America a scheme called Zipcar claims to be the world’s leading car-sharing network with more than 700,000 members and 10,000 vehicles throughout the US, Canada and the UK.

A variation on the car sharing scheme is one open to anyone who owns a car, or anyone looking for a lift. Liftshare.com website enables motorists to save money on petrol and parking and reduce their Co2 emissions by allowing individuals to search for other people making a similar journey to a destination  and share lifts.

Car Pool Europe is a facebook page that was originally set up in order to facilitate frustrated travellers whose plans had been thwarted by the volcanic ash crisis that grounded aircraft around Europe. It is an English version of the Swedish car-pool movement Skjutsgruppen.   Users can posts destinations and locations in order to find someone to share the route and costs with.

Finally got a car that sits outside your door all day gathering dust? WhipCar, the world’s first ‘neighbour-to-neighbour’ car rental service.  Cars can be booked by the hour, day, week or month and are collected directly from the owner.

While Car Sharing  is not for everyone it reduces congestion and emissions and for many it seems like a far better idea than owning, running and maintaining a car and then trying to find a place to park it! 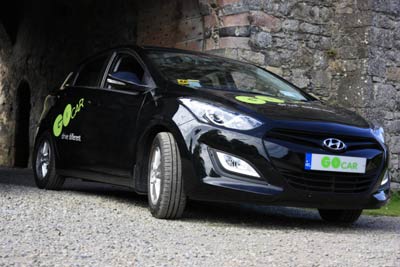 So how does GoCar work

How do I join
First you need to register with GoCar either through the website or on the phone. You are then issued with a GoCar card, customer number and pin.

How do I book
You can book a car 24 hours a day, seven days a week on the GoCar website. Cars can be booked up to 5 minutes in advance and once booked must be taken for a minimum of one hour and in 15 minute intervals after that.

Where do can I collect a car?
Cars are collected from GoCar bases. There are four in Cork and 16 in Dublin.

Okay so the car is booked, where do I get the keys?
Walk to the car and hold your GoCar Card to the windshield and the doors will unlock. Once inside, open the glove compartment and take out the hand held device. Punch in your personal pin to release the keys.  Do actually the same to return the keys when your trip is over. It’s that simple! 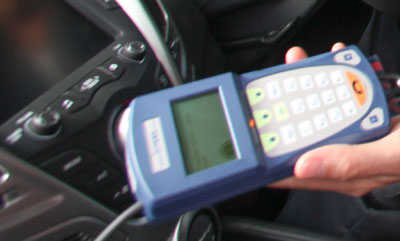 What about fuel?
Fuel is included in the cost and in case you need to refuel each car comes with a fuel card.

Back a Bit, Forward a Bit . . . The Benefits of Parking Sensors