Car-spotting on the Côte d’Azur 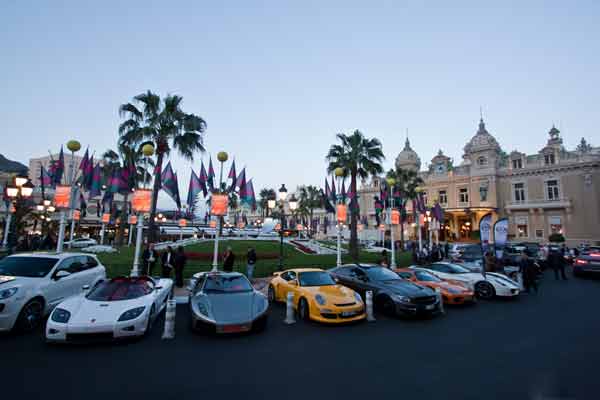 The French Riviera – ‘a sunny place for shady people’.

On holiday in France we couldn’t help but notice that the French attitude to parking was a little more laissez-faire than at home.

I came home from holiday in France recently with a new appreciation for the French way of life. The French are not too in your face. They are polite but friendly and at the same time not too overbearing (my attempts to string together a few sentences in French may have helped to break the ice on more than one occasion).

I saw this same cool, relaxed demeanour in the sensible approach to car ownership. In the city, small cars rule. The city streets of Nice were lined with a medley of small, compact hatchbacks with only the rare SUV or saloon on show. I saw every small hatchback from the Holy Trinity of French carmakers from the last twenty five years and more Renaults 5s and Peugeot 205s than you could shake a baguette at. Battered, but definitely not giving up any time soon.

This brings me to the next point. The French seem to be less obsessed with the size and age of their car. Aside from the clapped out Renaults, there are loads of Smart cars and Fiat 500s here and MEN DRIVE THEM. And that’s completely okay. No smirking or finger wagging or guffaws of “that’s a chick car”. That’s how comfortable they are with themselves.

Of course this part of France is a millionaire’s playground and lots of the mare living it up in their luxurious pads in the hills around Nice and cruising around Cannes and Monte Carlo when the sun goes down. I had to stop by at some of the luxury showrooms to gawp at the cars. Porsches, Ferraris and Maseratis pepper the streets of Cannes and Monte Carlo. The locals don’t seem to care but the flashy metal will stop most tourists in their tracks.

While I appreciated the sensible approach to car-buying and the lack of SUVs in the city, I was less keen on the French attitude to parking. It’s typical laissez faire with a sort of anything goes attitude. I watched in horror as a gent parallel parking in a Clio reversed into the car behind as if it was the most normal thing in the world to do when parking. This sort of bump and shunt approach to parking was everywhere. Cars sat on each other’s bumpers on the city streets, packed in like sardines. Each car bore the wounds of this sort of car-parking warfare –scrapes, scratches and dents adorned bumpers.

With space at a premium it’s no wonder the French love Smart cars and the Renault Twizy could be a big hit here – I spotted two in just one day. Arriving back in Dublin and sitting behind yet another SUV I couldn’t help but think the French have it right when it comes to cars.

What Can You Tell About A Person From Their Car or Even Cars?

Parking Perils – How to Survive the Street Parking Jungle