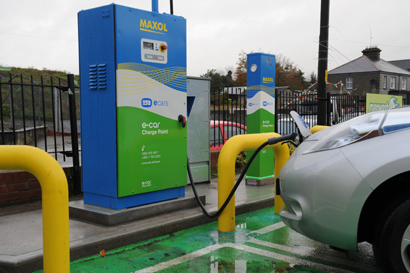 Criticised for being too pricey, too impractical and too likely to run out can the BMW I3 and the Renault Zoe convert the electric car sceptics writes Geraldine Herbert

When it comes to the environment I have always been a sceptical green, happy to recycle the odd bottle but think it’s just as likely that an ice age will wipe us out anyway so I have been a slow convert to the wonders of electric cars. When they first arrived they appeared to appeal predominantly to men, the type who composts their waste, buys organic produce and installs solar panels at home.

Over time the electric car came to represent the ultimate green symbol. But electric cars have been slow to make their mark, and it is not just in Ireland. Almost 99 per cent of cars sold in the UK last year run on petrol or diesel.

Even the best ideas take time to catch on.  Remember when CDs were considered just a fad, the smartphone seemed alien, and who needed Google when we had Yahoo?

If the key to making electric cars more popular is simple, reduce the price and increase the range, the recent introduction of two electric cars (the BMW i3 and the Renault Zoe) fit this model. 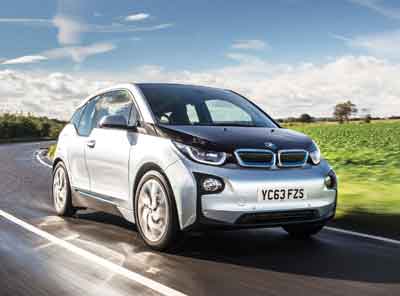 There are two models to choose from, a pure electric one and a range extended version. The pure electric version will get you about 160kms before it needs to be charged which will take all night if you plug it into a standard socket.

But if that’s not a good enough distance, you can opt for a range-extended version (REX). This comes with a tiny 650cc, twin cylinder engine that springs into action when the batteries run low to give it enough charge for an extra 120 kms.

Slide behind the wheel and every detail of the i3 has style and sustainability in mind – from the eucalyptus wood to the naturally tanned leather everything is recycled, natural and from renewable sources. Space in the back is not great but there is certainly enough room for four passengers plus the rear hinged doors and no B-pillar means it’s simple to get in and out of.

Press the start button and the first thing you’ll notice is just how eerily quiet it is, even at full speed the only noise is the sound of the tyres making contact with the road. It is also astonishingly fast thanks to its lightweight construction and shoots to 100 kph in 7.9 seconds which is only slightly slower than the MINI Cooper S.

Electric cars don’t work like petrol powered ones and there is definitely a knack to driving one, this becomes more apparent the longer you spend behind the wheel  but once you get to grips with the difference the i3 proves itself a nifty little sporty car. On the road it handles surprisingly well, despite being high off the ground it corners well and is stable at motorway speeds.

All of this technology does not come cheap and the  i3 costs €34,010, while the Range Extender model is €41,040 on the road. There is another option which is to rent the i3, with a deposit of €6,000 you can over a three year term pay €495 per month for the standard version. The monthly repayments for the Range extended version  are  €555 and the  deposit is €8,525. At the end of the three years you give the car back and start again. The deposits are not refundable. 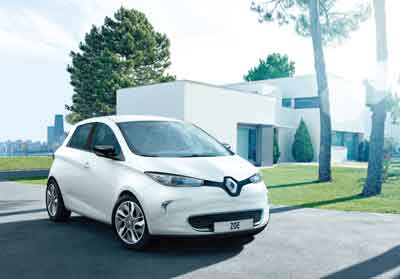 Five minutes inside the Renault Zoe  and it is rivalling the i3 for my affections.  Outside it looks just like a normal car while inside it is light and airy cabin  with  lots of features borrowed from larger siblings.

On the road it feels very much like the latest generation Clio and with no engine there’s much less noise to distract you from thinking just how green you’ve become. Like all EV’s, full power and torque is available instantly, so as you hit the pedal and it whisks you seamlessly from 0-100km in a leisurely 13.4  seconds it feels so much faster.

The Zoe is brilliantly suited to urban and city driving ,  the ride is comfortable and handling is good but it is so silent it can surprise pedestrians.

The sensitive brakes take a bit of getting used and are regenerative brakes which means that as soon as your foot is off the accelerator, the latent power is being channelled back into the battery, so stop-start driving in heavy traffic becomes an efficient way to travel

Boasting a range of up to 210km, the first production electric vehicle with this type of a range it would be an ideal second car .

The Zoe is also the first electric car to carry the Chameleon charger. It’s compatible with all power levels up to 43kW (fast charger) and offers charge times between 30 minutes and nine hours.

According to Renault it can achieve an 80 per cent capacity in about an hour using the accelerator 22kWh public charge point, of which there are around 600 around the country. If you want to charge it at home, it cannot be charged from a domestic socket so you will need to install a special power point.

Electric cars have long been criticised for being too pricey, too impractical and too likely to run out of charge before you get to where you’re going.  The BMW I3 is the first all-electric vehicle to provide fun driving with a decent range. Although it’s very pricey for a small car there is no denying that the  i3 feels very special. It’s about as sexy as going green gets. While the Zoe is not quite as thrilling to drive and doesn’t have the cache of the brand it looks funky, is good to drive and the price makes it the first truly affordable electric car. Electric car sceptics may not be turned by either of these cars but it may make those considering one, to take the plunge. Both are perfect cars for those who are happy to do their bit for the planet as long as they can do it while looking fabulous.