Figures released today show that the number of cars being offered for sale that have outstanding finance is increasing writes Geraldine Herbert New figures compiled by Cartell.ie show that the proportion of cars offered for sale with finance outstanding is 18.3% – up from 16.6% in December 2018 and 11.5% in January 2017. More than forty percent of two-year-old vehicles are offered for sale with finance outstanding while for three-year-old vehicles there was a 36.8% chance of a vehicle being offered for sale with finance outstanding based on checks on Cartell.ie in the year gone by. Any car with a finance package such as hire purchase (HP) or personal contract purchase (PCP) still belongs to the finance company until the buyer has reached the end of the finance term and paid off all the money owed. Only cars where the finance is a personal loan can legitimately be sold.   If I know there is outstanding finance on a car should I buy it? Buying a car with an outstanding finance agreement is not recommended so if you find out in advance of buying then walk away.   What happens if I unwittingly buy a car with outstanding finance? If there is still finance owing on a car, it belongs to the finance company, so the owner has no right to sell it and the car could be repossessed by the lender.   How to tell if there is outstanding finance on a car? When buying from a private seller you do not have the same consumer rights as you do when buying a car from a dealership it is very much a case of  ‘Buyer beware’. However, it is an offence for a seller to withhold or provide misleading information about the car so with this in mind there are important questions you must ask. Before you buy ask the seller if they are the owner of the car and whether there is outstanding finance on the car and always ask for proof that finance has been cleared before taking ownership of a vehicle. Always request the registration documents, these should show whether the car is owned by the seller or a finance company. It is also worth noting that all Society of Irish Motor Industry (SIMI) dealers have access to a car history check service and...

Good news for Skoda Yeti Owners A compact SUV manufactured by Skoda had the highest pass rate of any vehicle submitted for a NCT test last year writes Seán McCárthaigh An analysis of the results of NCT tests carried out on over 1.34 million vehicles at 47 test centres nationwide in 2018 shows that the Skoda Yeti had a pass rate of 81.3%. Figures published by the Road Safety Authority show the Czech-manufactured car, which was launched in Ireland in 2009, was one of only two popular car models to obtain a pass rate in excess of 80%. The other was the Peugeot 208 supermini which had a pass rate of 81%. Other brands with high pass rates included the Nissan Juke, Volkswagen Tiguan, Dacia Sandero, Hyundai ix35 and Dacia Duster. In contrast, the model with the lowest pass rate among over 160 leading models was the Hyundai Trajet with just 20% getting a NCT pass rating in the initial test. Other models where less than a third of vehicles passed the NCT last year included the Vauxhall Vectra, Seat Cordoba, Chevrolet Kalos, Volkswagen Bora, Nissan Primera, Peugeot 206, Volkswagen Sharan, Hyundai Tucson, Opel Vectra, Peugeot 307 and Mazda 323. “The results of NCT tests are really a reflection of how they are looked after and maintained by their owners rather than the performance of any individual model,” an RSA spokesperson said. The RSA figures show that more than half of all cars failed the NCT on full inspection last year with lights, suspension, tyres and brakes the main fail items. Only 49.2% of vehicles passed the initial NCT in 2018 – an unchanged rate on the previous year. The last time a majority of vehicles obtained the NCT on the first test was in 2011. The RSA spokesperson said it was clear that many motorists were using the NCT to diagnose problems with their vehicles. “From research, we’ve found that around 30% of drivers use the NCT this way by taking faults identified in the test to go their mechanic and say ‘fix these’,” the spokesman said. “It’s not something we encourage as the NCT is a basic check. It is far better to get your car fully serviced on a regular basis and is something that should save you money in the long term,” he added. The...

Read more
Home » I want to buy a used car 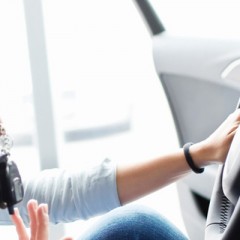 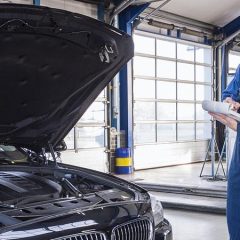 Good news for Skoda Yeti Owners A compact SUV manufactured by Skoda had the highest pass rate of any vehicle submitted for a NCT test last year writes Seán McCárthaigh An analysis of the results of NCT tests carried out on over 1.34 million vehicles at 47 test centres nationwide in 2018 shows that the Skoda Yeti had a pass rate of 81.3%. Figures published by the Road Safety Authority show the Czech-manufactured car, which was launched... 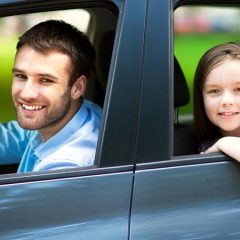 From finance options to fuel types, Geraldine Herbert outlines five things to think about before choosing your next family car   1 Hatchback, estate, saloon, people carrier or SUV? For small families, hatchbacks are ideal and there is a huge choice of both new and used models on the market. Estates and saloons are a good option if you need that extra boot and cabin space. Nothing beats the versatility of MPVs and while not as... 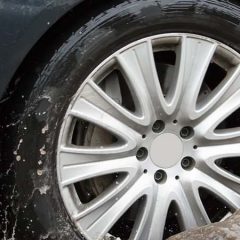 How to spot a flood damaged car

Cars and water don’t mix so always check for flood damage when buying a second-hand car writes Geraldine Herbert From the outside, there may be no signs of flood damage so here are a few things you need to check Always do a history check on any car you are thinking of buying but remember if the damage was not reported to an insurance company there may be no record of flood damage. Smell inside the car. Even if the car has been... 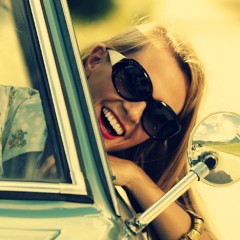 Jag yourself a Classic – Some tips for Classic Car Buying

If you want to drive something special then nothing beats a classic car it seems says, Geraldine Herbert A stylish classic car needn’t cost a fortune so if you fancy taking the plunge remember a little homework and patience will save you money in the long run. Here are our top ten tips for buying a vintage/classic car 1)    Set yourself a budget and consult price guides in classic car magazines to determine what you can afford... 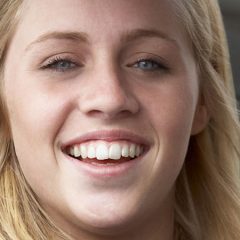 What you should think about when buying your first car; Suzanne Keane has some advice If you’ve never driven before choosing your first car can be a nightmare. Of course, it’s important to take driving lessons from a professional but if you want plenty of practice before your test it’s always useful to have your own set of wheels. 1 – Don’t Supersize it Unless you’re planning on travelling long...