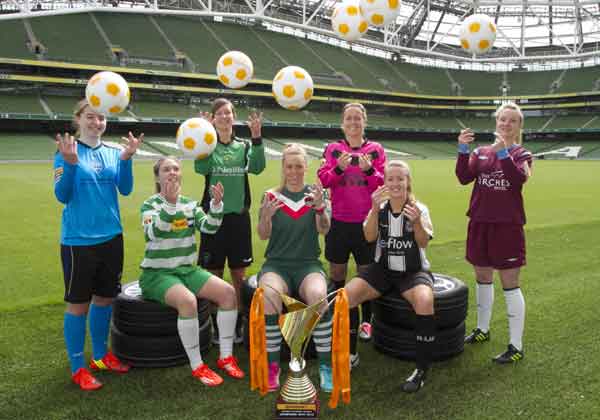 “Continental has a long history of supporting football at every level from senior international through to club level and right down to grass roots and community football programmes, so we are delighted to extend that support to Ireland by becoming the official partner of women’s football here”.

“Just as in many countries across Europe, women’s football in Ireland is a booming strand of the sport and we are keen that our support will reach out to new players at the community level so as to encourage more young girls to get involved”, said Mr. Frobisher.

Working with football and fitness experts, Continental has developed a free online coaching resource called ContiWarmUp (contiwarmup.com) that has already been endorsed by the FA in England and the company hopes to roll out the resource to coaches here in Ireland, in particular, those involved in women’s football.

John Delaney, CEO of the Football Association of Ireland, welcomed the new partnership: “We are very happy to bring Continental Tyres on board as official sponsor of women’s football in Ireland. Through the FAI’s Women’s Football Development plan, a lot of work has been done to grow participation numbers at all levels and that has paid real dividends.  Continental Tyres has a strong track record of association with the women’s game internationally and they will make excellent title sponsors of our National League and Cup competitions to help us bring the women’s game forward.”

The Continental support for women’s football in Ireland will be underpinned by the strapline: Getting you to the game safely’ and, as a leading manufacturer of premium tyres, the company will be using the sponsorship to spread the word in relation to the importance of tyre safety: tyres are a car’s only contact with the road and we neglect them at our peril.