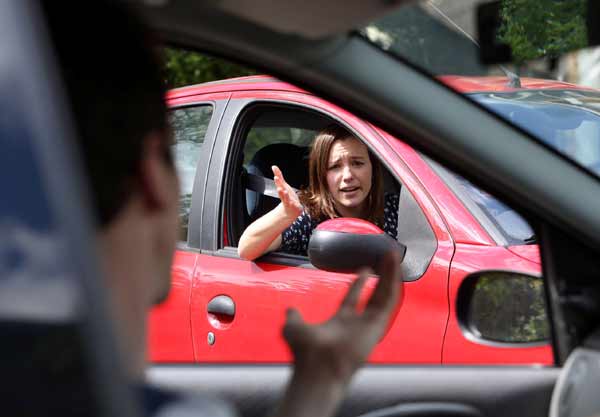 Nearly 40% of Irish drivers admit to shouting or getting angry behind the wheel on a weekly basis – with a very angry 11.5 %admitting to daily bouts of road rage.

These worrying statistics are the findings of a recent study carried out among Irish drivers, which also revealed around 13% of motorists have got out of their car to confront another driver.

The Continental Tyres report also found that nearly one in three road users ‘expect’ to experience aggressive or intimidating driving whilst out in the car.

Paddy Murphy of Continental Tyres Ireland said: “The road rage figures revealed in our survey are shocking.  Of paramount importance is road safety but if motorists feel intimidated or angry they will lack concentration, increasing the danger for other road users, never mind not enjoying the driving experience.”

“We are urging drivers to consider using more courtesy while driving, not only to improve safety and the driving experience but also because showing consideration to others on the roads actually eases congestion and reduces delays.”

It also emerged that when on the receiving end of road rage 40 per cent feel angry, 21 per cent feel shaken and nearly one in five (18.9 per cent) feel like retaliating.

Dr Mark Sullman, expert in driver behaviour at Cranfield Universitysaid: “When driving, we are prevented from using the normal cues to work out people’s intentions, such as facial expression and body language, so we are more likely to misunderstand their behaviour and interpret it in a negative way.

“For instance if you bump into someone on foot,  a quick smile or ‘oops’ is all that is needed to show it was accidental.  However, when in the car, with the absence of these cues, people are much more likely to react in an aggressive manner than in other ‘public’ situations.”

Dr Sullman advises: “You can choose not to let it rile you and instead deal with the situation in a positive way, such as concentrating on driving safely yourself or realising that everyone makes mistakes.”

Paddy Murphy added: “Avoiding the stop-start of harsh braking and acceleration associated with aggressive driving saves energy and improves the flow of traffic, reducing journey times which in turn should make motorists happier.

”Getting a blast of the horn from another driver is the most common form of aggression, followed by offensive hand gestures and being ‘tailgated’.

As to the road users who annoy drivers the most, learners topped the list (52.7 per cent), followed by older or slower drivers (45.5 percent) and boy racers (43.6 per cent).

Have you noticed an increase in rage and frustration on Irish Roads? Let us know in the comment box below