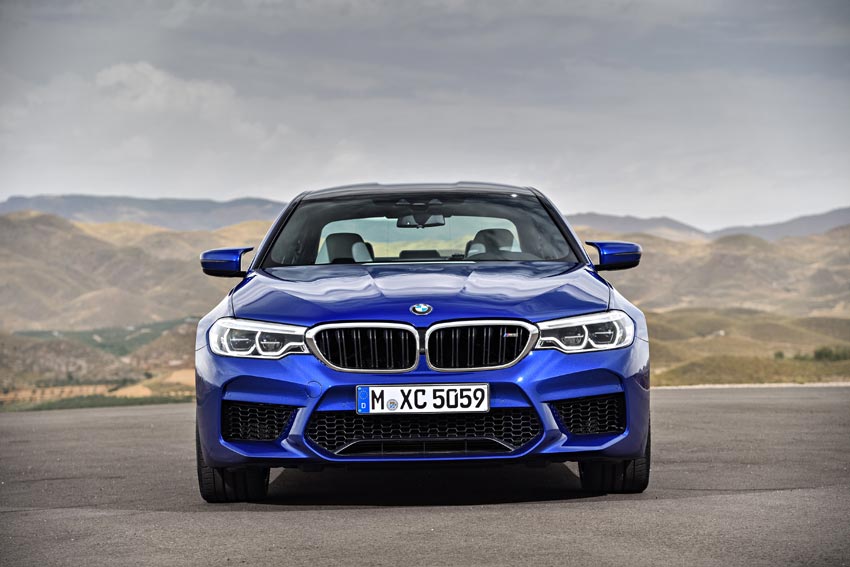 The BMW M5 will be available in Ireland from February

2)        It has an 8-speed transmission, super powerful brakes, and comes with specially designed tyres.

3)        Its a slightly more beefier version of the regular 5 series particularly from the front where the revised bumper  has lower and significantly larger air intakes.

8)        This performance saloon is also a practical car with seating for up to five people and 530 litres of luggage capacity.

The all new BMW M5  (Video Filming by BMW)