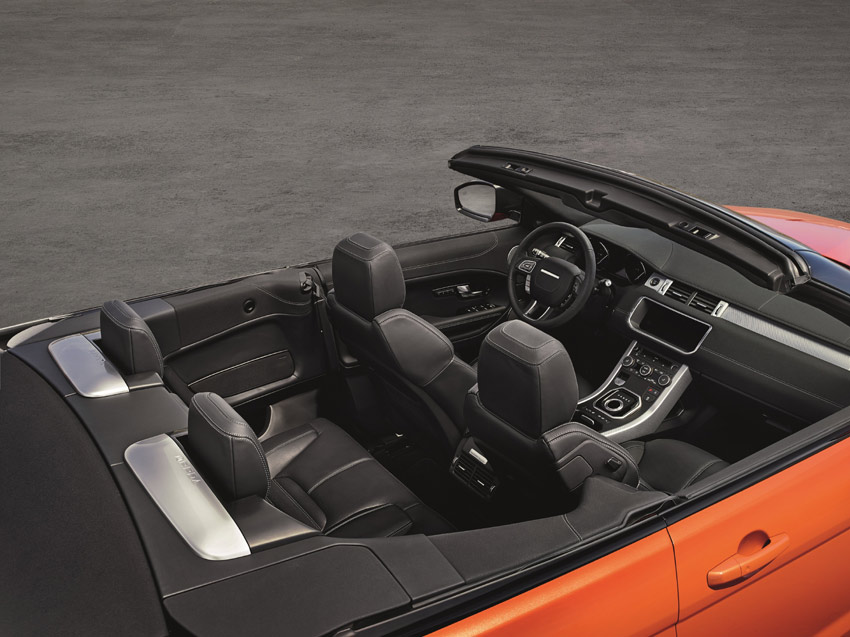 1) Land Rover call it a “compact convertible SUV”.
2) The Roof is a five-layer fabric structure known as ‘Z-fold’ for the way it retracts.
3) Crucially for drop tops the roof stows away in just 18 seconds and for those sudden downpours at speeds of up to 50km/h.
4) Off roading – it’s a cornerstone of Land Rover. The 2015 Range Rover Evoque Convertible is equipped with the same terrain response system as all other Land Rovers and promises to be just as capable off-road as any other Evoque.
5) Inside it is surprisingly practical with space for four adults and a proper boot.
6) Engine options include the new fuel sipping 2.0-litre, four-cylinder diesel engine, in 177bhp guise, as well as a 2.0-litre, four-cylinder Si4 petrol producing 237bhp.
7) Pricing for the Evoque Convertible has not been confirmed for Ireland yet but we would estimate a starting price of circa €68,000.
8) The Evoque Convertible goes on sale next spring.