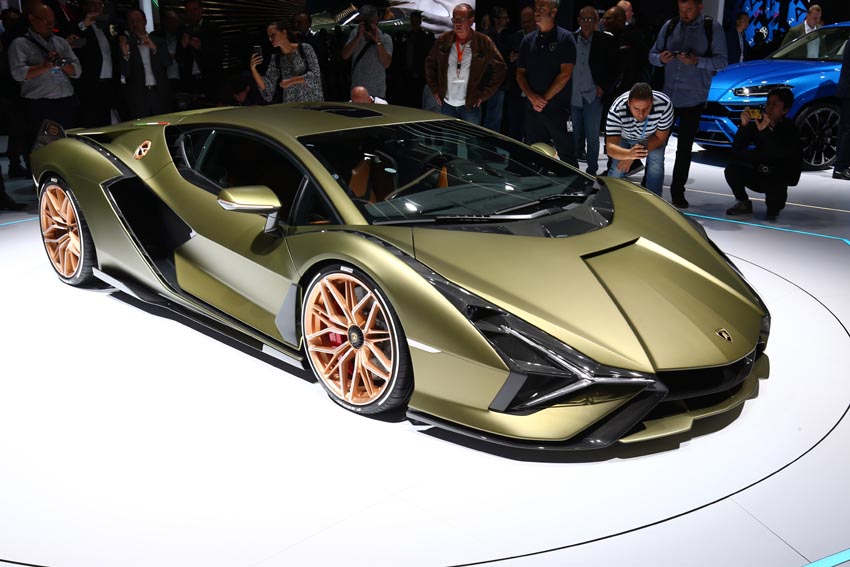 The doors opened last week in Frankfurt to one of the biggest motor shows in the world. Once a feast of polished new metal spread across countless halls, the biennial show this year was a more muted affair with more than 19 major car brands skipping the event.

The remaining manufacturers, including Mercedes, BMW and VW, slimmed down their presence significantly. Evidence that the digital age is proving a challenge for the automotive industry as carmakers develop new and crucially, cheaper ways to communicate.

Stricter emissions standards, US tariffs, a slowdown in the Chinese market and a looming hard Brexit means the global economic outlook is darkening. Meanwhile, the industry is facing fundamental change, and new technologies for electromobility, connectivity and autonomous cars require substantial investment.

Climate change activists also threatened to steal the limelight. Just days before the show opened, more than 40 luxury cars were vandalised on the grounds of a car dealership in Frankfurt, prompting fears that climate action demonstrators planned to descend in droves.

Meanwhile, calls for SUVs to be banned in city centres on safety grounds were debated in the German media after four people, including a three-year-old boy, were killed when an SUV mounted the pavement on a city-centre Berlin street.

At a time when SUVs are the most popular car type with buyers, the industry is responding by expanding the range of models on offer at every motor show to cash in on this profitable segment. And it’s a segment that is proving crucial to sustaining future investment for car makers so any move to ban them will be strongly resisted.

A bright future for electric cars

So while green initiatives by the motor industry have proved disappointing in the past, did the industry present a credible vision of a sustainable transport future at Frankfurt?

A bright future for electric cars was certainly the dominant theme. One of the most important debuts of the show was VW’s production version of its new electric car, the ID.3, the first of a new family of electric vehicles from the brand. VW plans to sell one million EVs a year by 2025 and by 2028 there will be almost 70 new VW group electric cars on the market. The first cars to come to Ireland will be a limited launch version and will arrive in summer 2020 and cost from under €40,000 after grants. An entry-level model priced from around €30,000 will launch at the end of 2020.

Mercedes previewed its full-electric luxury saloon concept, a flagship battery-powered model likely to be called the EQS. Hot on the heels of its recently launched EQC, a production EQV, an electric version of the brand’s V-class, an eight-seat passenger car was on show. The vehicle has a range of 405km and fast-charging capability to top up the 100 kWh battery to 80pc from zero in less than 45 minutes.

In contrast, BMW’s green ambitions seemed to have slowed and while there was a strong focus on plug-in hybrids, there was few to be found on their stand.

Jaguar Land Rover re-launched their iconic Defender after more than a three-year absence, with three body styles and a choice of diesel and petrol engines; a plug-in hybrid option will be offered next year.

Despite the gloom, there was still a mix of glamour and glitz. Porsche revealed its stunning Taycan, an all-electric Tesla rival with a top speed of 260kmh and a range of 415km between charges while Lamborghini debuted its hybrid-powered Sian.

As the EU continues to impose tougher CO2 emission levels on car makers, smaller cars are proving the most difficult from which to reduce emissions. The good news for consumers is that an electric option is the only way many of them will survive, so a host of small EVs will follow in the footsteps of the more premium models.

Star of the Opel stand was the new Corsa-e. Due here in March 2020, prices are expected to start from around €26,000 after grants for the base model.

With impressive technology, smart looks and a new interior, it comes with a 330km range. Honda presented its new city EV that goes 220km on a single charge and is likely to arrive in summer 2020.

The much anticipated electric MINI was unveiled. Capable of going 235 to 270km between charges, on the road prices start from €27,765 and it will be in Irish showrooms next March.

Car manufacturers have made bold commitments to reduce carbon emissions. At the last Frankfurt motor show two years ago, the German carmakers were also anxious to prove their green intentions.

BMW announced plans to have 25 electrified models in 2025 – 12 of them fully electric. Similarly, Mercedes promised 10 by 2022 while Volkswagen unveiled its plan to develop 80 new electric vehicle lines to production by 2025 and outlined their ‘Roadmap E’ strategy.

A lot has changed in those two years. Students have taken to the streets across Europe to protest at the lack of climate action.

For many of them, the car is not a symbol of glamour and freedom and the end goal is no longer cleaner cars but fewer cars.

But despite climate concerns, consumers are still wary when it comes to purchasing an electric car.

A million electric vehicles on our roads by 2030

The Government plans to have nearly a million electric vehicles on our roads by 2030, that is only five Frankfurt Motor Shows away. When the doors open in September 2029, how near will Ireland be to achieving this goal?

Government targets will shape state policy for the foreseeable future and that will significantly impact on what people buy. In 2008, a change to the motor tax policy in favour of diesel resulted in an increase from 30pc of new car buyers opting for diesel in 2008 to 70pc one year later.

But, ultimately, the motor industry must deliver on its promises and produce electric cars at a price point and variety that will drive demand from consumers.

Any change of direction by even just a few major car manufacturers could delay or even derail completely the transition to electric mobility.

Power To The Pocket As Well As The Planet