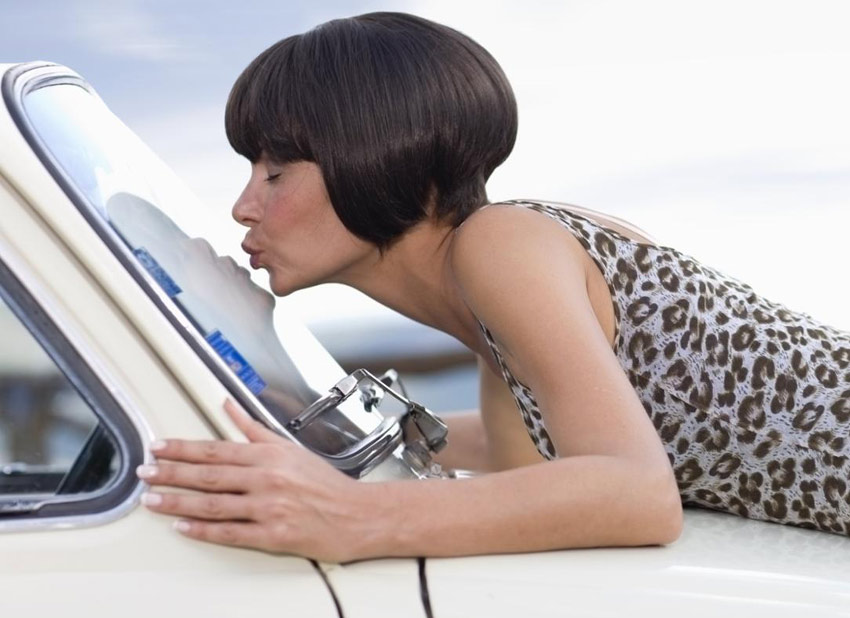 On the whole, I like to think I’m rational, educated and quite a grounded sort of person. I’m not what you would call sentimental, particularly about material objects; I may have more shoes than anyone has a right to own, an ever growing collection of sunglasses and an oversupply of scarves but I have no real emotional connection to any of these things.

Well almost none, there was Sam, a Suzuki Swift and probably one of the fondest emotional attachments of my young life.

Sam was there when I learned to drive, rescued me and my belongings when my flat was broken into successively and became my refuge and second home during one sweltering summer when I returned to live under the family roof.  He was there too when I backed into a parked car because I was in too much of a rush to defrost the rear window. Such was the enduring appeal of Sam, with so many memories inextricably linked to this car that when the day came to sell, parting with this small grey three door hatchback felt like  breaking the last tangible connection to these past events.

And I am not alone.

“I still miss Geri”  laments Maria Woods, the name she gave her green Hyundai Getz that saw her through her college years; then there was “Alice”  her  “reliable” Toyota Auris that she bought when she got her first job.

Maria, a PR consultant, is now involved with Vivian, a sensible Volkswagen Golf, fuel efficient, reliable with plenty of storage.
“But Geri, she says, “was the one true to my heart.”

Maria like numerous owners admit they “have relationships” with their cars and “feel attached” to them.

Aoife O’Neill, a mother of two and now the owner of a Limited Edition Jeep Compass fondly remembers “Peter the Punto” a car that had been passed to her by her Grandmother and spend 15 years in the family.

“Peter was my partner in crime and so many happy memories involved him” recalls Aoife “Journeys with the people I loved so much in life that have now passed away”.

“ One of my favourite memories is being taught by my grandmother  how to sing the song “swinging on a star” by Frank Sinatra with my sister in the car and my grandad driving when we were so young”.

Edel Kennedy a Communications and Marketing Consultant from Dublin, is still the proud owner of “Sunny” a 1994  Nissan  with over 220,000 miles on the clock.

“Reliable and friendly” is how Edel describes “Sunny” who has had quite a few adventures over the past 14 years.

“She’s been stolen twice and I got her back both times. I’m not sure who was more surprised – me or the gardai” says Edel

For some owners their car is an extension of them.

Joanne Kenny, an office manager who drives a much cherished 16 year old Nissan Almera remembers fondly family cars of old from “Ziggy” a 1.8 Nissan Primera, 1.8 to “Betsy” a Rover 214Si.

“ It’s like the friend you can call on at any time to help you out” says Joanne “It’s a part of me.  When people see it parked somewhere, they know it’s mine.  It becomes part of my identity”

In seems there are many drivers who truly love their cars, so much that they name them, adorn them with trinkets, and involve them in some of life’s most significant and personal moments and decisions

Michael Wall, a diamond and gem broker in Cork city centre, still recalls his Classic Jaguar XJ12 5.3L H.E whom he counted as his  “companion”.

“The leather creaked, the wooden glove box clicked closed with a ‘snick’, the tape deck whirred, the electrical aerial hummed into life. It was a mini orchestra of hand built, hand made parts all working away in unison” recalls Michael “But the most memorable sound was the roar of the 5.3 litre engine roaring into life It took a sudden gasp from the dual fuel tanks, ticked over and roared in agreement as it waited to settle before take-off”

Others cite “dependability” or “comfort” as the attributes that keep them attached to their cars.

Connor Keppel describes himself as “very attached” to “Louis” the Lexus, his a gun barrel grey IS200.

“I don’t get the obsession people have with constantly getting new cars. Get one you love and keep it, even if it is already old. Of course yes, depreciation is annoying, but if you are a true car lover, I don’t think that influences you as much as it probably should!

However nothing lasts forever and the breaking point for many relationships is the day they can no longer rely on the car and costly repairs are necessary. But for others, it’s a partnership for life.

Ciarán O’Sullivan,  a medical device engineer  reckons nothing will part him from his beloved 1991 998cc  MINI. He bought the car in May 2012 as a project to work on at the weekends and learn some basic mechanic skills.  Today “Lucy” even has a facebook page devoted to her.

“No matter how much I could sell her for it just wouldn’t be worth it” says Ciaran “ In the last four years I have learned how to fix almost anything that can go wrong with her so hopefully I can keep her on the road for many years and many memories to come”.

Total Recall – What are Vehicle Recalls and Why do they happen?

The Little Car That Drives Us Crazy – the Nissan Micra