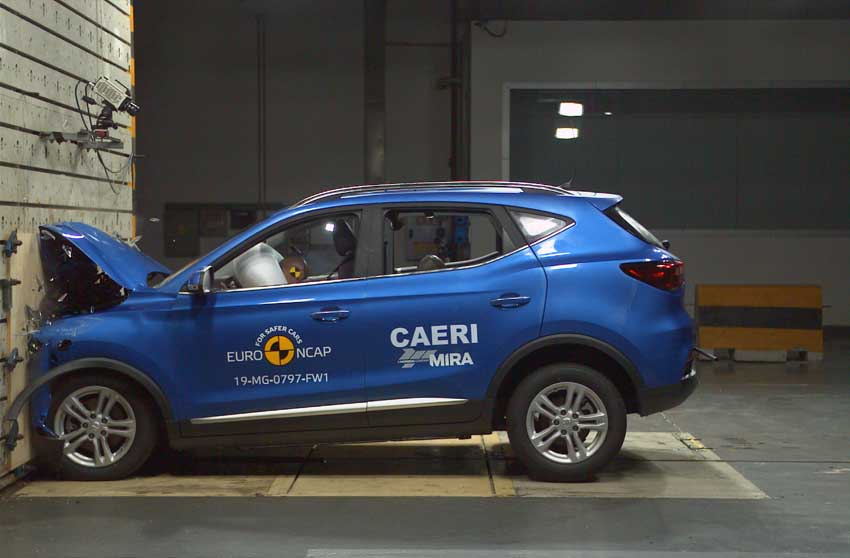 A look back at how Euro NCAP covered a year that began with the outbreak of a pandemic, followed by lockdowns and social distancing rules.

2020 was characterized by lockdowns and pandemic-related restrictions, causing test laboratories to temporarily halt operations and vehicle manufacturers to postpone new models. Despite all the disruptions, Euro NCAP released 23 safety ratings, of which 11 were new cars. These were tested against renewed requirements that include compatibility in front crashes, farside protection, post-crash requirements and more ADAS functions. In addition, Euro NCAP published its first Assisted Driving grades, evaluated ADAS on commercial vans and launched the Euro Rescue app for first responders.

Centre Airbags
Among new safety features that made their debut this year are centre airbags to mitigate injuries in far-side crashes. Eight out of 11 new cars tested offered front-seat centre airbags as standard.

Stars
Overall, the latest models scored very well against the 2020 criteria. 9 cars rated 5 stars (82%), one car achieved 4 stars (9%) and one got 3 stars (9%). There were no cars lower than 3 stars. These positive results were in part achieved thanks to the early adoption of pioneering safety technology, such as centre airbags for far-side protection, attention assist technology and advanced AEB functions preventing car, pedestrian, and cyclist crashes. 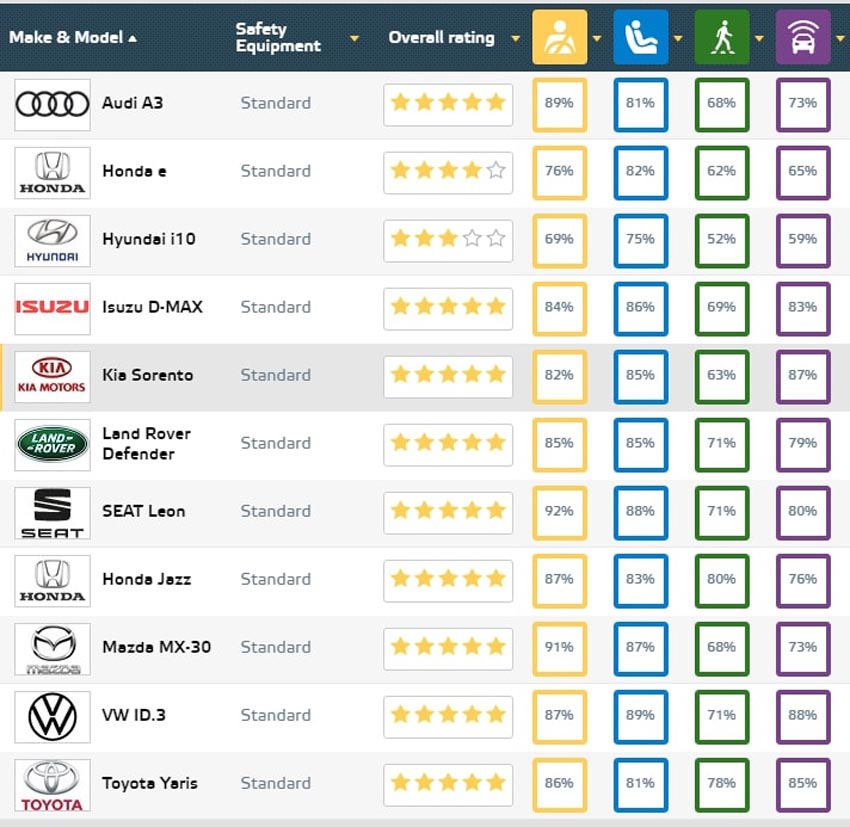 Assisted Driving
Euro NCAP launched a unique grading system to help the safe adoption of assisted driving technologies by consumers. Ten cars offering Highway Assist as an option were put to the test. The best systems offered a good balance between the assistance they provide and the level of driver engagement and were supported by an effective safety backup. The test results demonstrate that assisted driving technology is fast becoming better and more readily available, but until driver monitoring is significantly improved, the driver always needs to remain alert and focussed.

New Car Sales
The global pandemic has caused consumer confidence to plummet to levels not seen since the last recession. European new passenger sales are expected to be down by almost 25 percent compared to 2019. Of new cars sold in 2020, an estimated 98% have a valid Euro NCAP safety rating, while 2% hold an expired rating or were never rated. In the first three quarters of the calendar year, 8.5 million passenger cars were sold in the EU, 75% of those were 5-star cars, 16% were rated 4 stars and 7% 3 stars or less. This confirms that most new car models today substantially exceed legal safety requirements and already offer more and better ADAS than will be required by law from 2022 onwards. Best practice standards such as Euro NCAP’s star ratings have increasingly become recognized across Europe. Star ratings help consumers and businesses compare the safety potential of different models, enabling safety to be included in their purchasing decision. In addition, they advance the regulatory framework to continuously drive improvements in vehicle safety standards. In 2020 both Swedish and the UK Governments updated their buying standards for transport, setting out new mandatory requirements for vehicle safety based on valid Euro NCAP ratings.

Van testing
The stay-at-home economy has created a surge in demand for delivery services and with more commercial vans on city roads, the number of crashes involving vans has gone up. For years, the safety of commercial vans has been lagging behind that of passenger cars, both in terms of system fitment and performance. In 2020, nineteen ratings have increasingly become recognized across vans, covering 98 percent of European sales, Europe. Star ratings help consumers and businesses were tested in accordance with Euro NCAP compare the safety potential of different models, 2018 Safety Assist protocols. The best vans enabling safety to be included in their purchasing tested were the Volkswagen Transporter, decision. In addition, they advance the regulatory Ford Transit and Mercedes-Benz Vito. The framework to continuously drive improvements in FIAT Talento, Renault Trafic, Renault Master, vehicle safety standards. In 2020 both Swedish and Opel Movano and Nissan NV400 were not UK Governments updated their buying standards for recommended, as they are very poorly equipped transport, setting out new mandatory requirements or have no driver support systems available. for vehicle safety based on valid Euro NCAP ratings.

Euro 6 emissions standards – what do they mean?

How safe is your car?