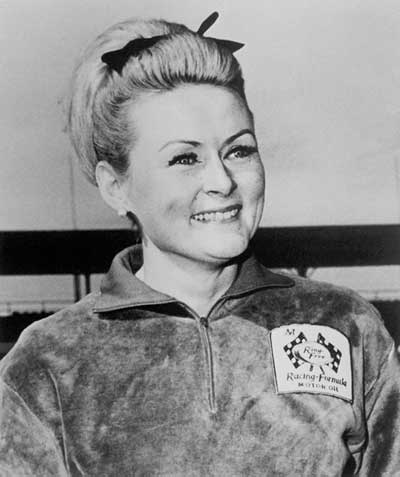 This year WOMEN in MOTORSPORT will be in the spotlight with The Thoroughbred Sports Car Club(NI) hoping to have a large contingent of female competitors from all disciplines of the sport on the startline and behind the scenes making the event happen.

With Ireland having such a rallying culture two of the “Fast Ladies” scheduled to appear will be the 1990 FIA Ladies World Rally Champion Louise Aitken Walker MBE and Irish legend Rosemary Smith who successfully campaigned her works Hillman Imp and won many class and ladies awards in all of the top international rallies during the sixties. Smith is one of a select band of ladies to win outright at international level, on the 1965 Dutch Tulip Rally, and followed that up with a win on the 1969 Cork20 Rally, at home.

Given the rising profile and theme of the event the organisers are also delighted to be welcoming the BWRDC’s hillclimb champion Jo Hodgson who will be competing in her lightweight 26R Lotus Elan replica and joins the anticipated large field in competing for the inaugural Ladies Handicap Award.

The historic Cultra Manor again plays host to displays, which this year celebrate the Aston Martin Centenary and Porsche 911 Golden Anniversary. The spectator friendly 700 yard course is set in the parkland grounds of North Down’s Ulster Folk and Transport Museum. First run on the 6th May1905, it is currently the World’s Oldest Active Speed Hillclimb.

Welcome to the World of Rallying