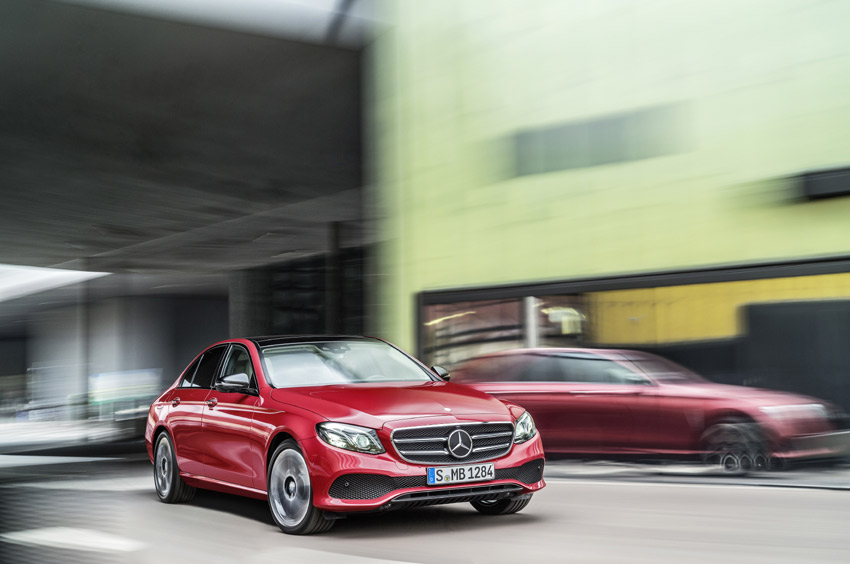 The E-Class is the first to benefit from the new 2.0-litre four-cylinder diesel that replaces the 2.2-litre.

What is it? There is no denying the importance of the E-Class to Mercedes-Benz, it has not only attracted a loyal band of fans but it makes the German car maker more money than anything else in its range. Sales of more than 13 million units testify to the appeal of this car.

First impressions of the new E Class? Reassuringly, the E-Class does not look that radically different from the outside; a little less angular than before, it now has a more coupé-like roofline, with an almost S-Class sophistication and elegance. Combining practicality with good looks, there is also an extra 65mm in the wheelbase, which means improved legroom front and back.

What about the interior?   Inside, the E-Class has always been an oasis of opulence and comfort. What is new is the option of two high-resolution 12.3ins display screens and three different wide-screen instrument cluster styles.

How Smart is it? When it comes to technological innovations, the S-Class is traditionally the car that Mercedes chooses to unleash its newest and best offerings. But technology is changing at such a pace that the new E-Class now threatens to eclipse the S-Class. You can remotely park the car using a smartphone app – this is a feature only recently available on BMW’s flagship 7 Series – the same smartphone can also be used as a key. But it is the Drive Pilot function that is the most futuristic and moves the E-Class closer to a self-driving car than any other in its range. The system operates the car’s brakes and accelerator and will steer the car, keeping it in its lane. It also has the capability to follow the traffic in front at speeds of up to 210kmh. Where lines on the road are faded or missing, it will still continue to follow but at a reduced speed. 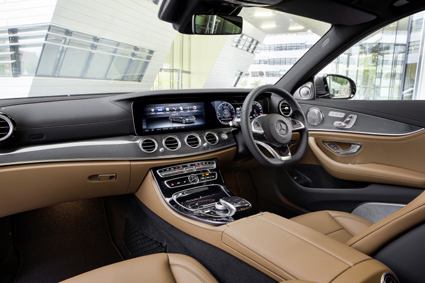 The new E-Class is refined, efficient and the quality is particularly impressive

And on the road? Under the bonnet is where the greatest changes have occurred. At the launch, we tested the E220d Avantgarde Automatic. This handsomely crafted car offers a relaxing and spirited drive; the refinement is particularly impressive and the new diesel engine is barely audible.

How safe? Safety is a key component in all Mercedes and the new E-Class is no exception. A raft of safety features is offered, including the Pre-Safe Sound system, which plays a high-pitched note to protect its occupants’ inner ears in a crash. There is also a host of crash-avoidance features, including a system that moves the driver or front passenger away from danger to minimise the impact of a side impact collision and an automatic emergency-braking system.