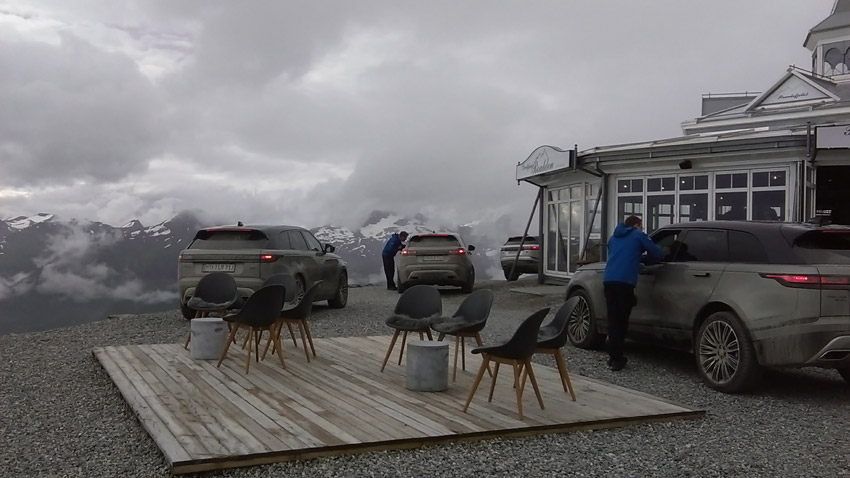 What is it? Derived from the Latin word “velare” – meaning “to veil” or “cover” – the Velar is named after a 1969 prototype that eventually evolved into the production-spec Range Rover. It plugs the gap between the Evoque and the Range Rover Sport and is designed to compete with the likes of the Porsche Macan, BMW X3, Mercedes GLC and Volvo XC60.

First impressions of the new Range Rover Velar? With the launch of the Evoque, Land Rover proved it could build cars that could be both desirable and capable, with the Velar being the best example yet of this new direction. Land Rover is a name synonymous with blazing trails across deserts, fording rivers and scaling the peaks. But all-terrain capability, while still crucial, is taking a back seat to design, and Gerry McGovern, Land Rover’s chief designer, has created a car that is capable, cosseting and modern and is one of the most elegant SUVs on the market.

The distinctive styling owes much to the Evoque, but in terms of size it is closer to the Range Rover Sport – in fact there is a mere 47mm in length between them. The Velar is also considerably larger than many rivals.

What about the interior?  But the real beauty of the newcomer lies beneath the striking exterior, for it is inside where the design and technology really evolves. The futuristic infotainment system, ‘Touch Pro Duo’, comes with two high-definition 10-inch touch-screens and two multi-function rotary controllers, while the burnished copper-coloured detailing adds to the sophisticated feel.

The seats are comfortable, with significant legroom front and back. There is plenty of storage space throughout, plus an impressive 673-litres of boot capacity. 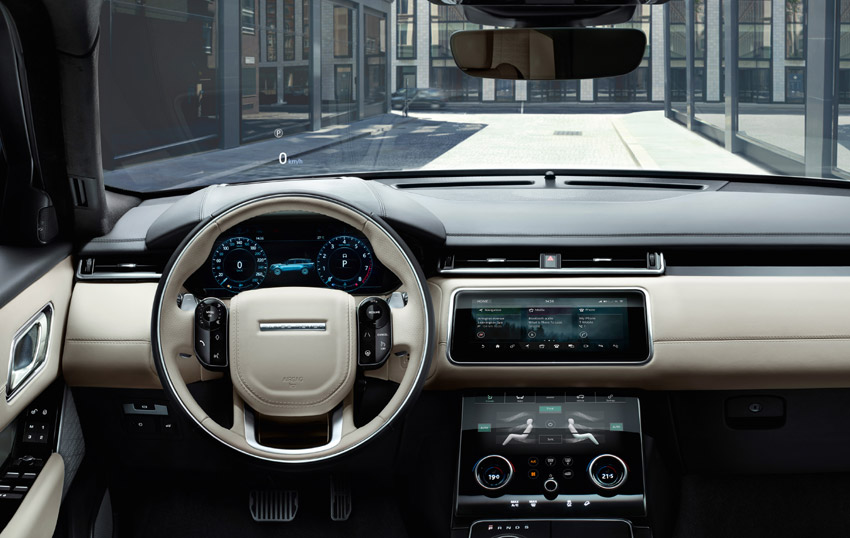 Engine choice? Powering the range are two 2-litre diesel engine options; 180bhp, 240bhp and a range-topping 3-litre V6 diesel (300bhp). In a clear indication that times are changing, there are also three petrols: 2-litre with 250PS or 300PS and a 3-litre V6. All have an eight-speed automatic transmission.

Range Rover Velar on road?  On the road, the Velar is agile, smooth and responsive. Ride quality is well balanced, leaning more toward comfort than dynamics.

Range Rover Velar off road?  On a rugged and gravelled Norwegian ski slope, a fleet of Range Rover Velars wind their way up more than 1,000 metres to a cable-car station in the clouds. It’s a harsh and remote location, with only a few sightseers reaching the summit to cast a curious eye over the new car. Land Rover’s lunch stops are always an opportunity to demonstrate the off-road capabilities of their cars and the Velar proves to be not only a family friendly SUV but a genuine off-roader.

How much? Prices start from €62,240 and the range comprises Standard, S, SE, HSE specifications and an exclusive First Edition.

How safe? There’s plenty to keep you and your passengers safe including Autonomous Emergency Braking with pedestrian detection, Reverse Traffic Detection and Driver Condition Monitoring