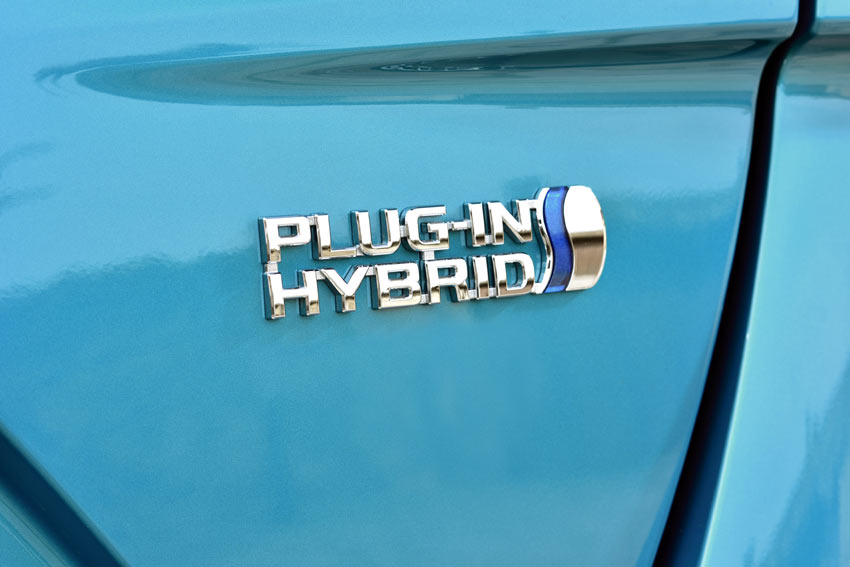 The new 2017 Prius Plug-in Hybrid will be available in a choice of seven body colours, including one colour -Spirited Aqua metallic- developed exclusively for the model.

What is it? A plug-in hybrid electric vehicles (PHEV)  is essentially a regular hybrid that uses a combination of a petrol or diesel engine and an electric motor to increase fuel economy. Unlike a regular hybrid it can be plugged in and recharged when not in use but also can charge up its battery on the go.

With the Prius Plug-in you effectively have an electric car for the city with all the zero emission benefits and a hybrid for motorways and long distance.

First impressions of the new Toyota Prius plug-in?  The new Plug-in is certainly an eye catching car and while it looks almost identical to the regular Prius look closely and you will spot the distinguishing LED adaptive headlights to the front along with a different grille and bumper.  In the back  a reshaped bumper and  horizontal rear light signature are the most striking distinctions.

What about the interior?  Inside it’s all very familiar Prius and feels  modern with a clean and minimalist dash that includes a large, 8” infotainment screen, a head-up display and a rear-view parking camera.  Space is good in the front but due to the larger batter the Plug in is a strictly four seater only plus the boot space is smaller at only 360 litres compared to 500 litres in the regular version.

Engine choice? Powering the Plug-in version is the same 1.8-litre petrol engine from the regular Prius so it can be driven over long distances as a hybrid. There are also two electric motors so you can also drive it in pure electric mode for about 50km which for many people means you could get to work or collect the kids from school without using any fuel. If you want to charge it, it takes about two hours with a fast charge connector and a little over 3 hours using a regular household socket.

Toyota Prius plug-in on road?  On the road the new Prius Plug-in certainly rewards  gentle relaxing driving and there is barely a hint of noise inside the cabin as you cruise along gently. There is also very good cabin insulation that keeps you cocooned nicely. The downside is when you accelerate harshly, overtaking for example, there is a very coarse whine to contend with. As you would expect from a hybrid, there are many ways to drive Normal, Eco and Power and regardless of how you drive it and what mode you select it is impressively economical.

How much? Prices are not yet confirmed but the new car is expected to start around €37,000  when it arrives in Ireland later in the year so it will be more expensive than the regular Prius but you will save quite a bit at the fuel pump. They are now available as PCO cars ready to hire in the UK

How safe?  The new Prius Plug-in Hybrid  features a host of active and passive safety  including Full-Speed Adaptive Cruise Control which can detect a change in distance to the car in front and causes the Prius Plug-in Hybrid to either slow, come to a complete standstill or accelerate smoothly back to its pre-selected cruising speed, once traffic speed increases. Other features include automatic emergency braking (AEB) with pedestrian detection, lane departure warning with steering control. Optional safety features include blind spot monitoring and rear cross-traffic alert.

What are my options? There is the option of a solar panel roof that  not only powers the electronics in the cabin – such as the lights and multimedia system while on the move – it will also recharge the battery when it’s parked  but unfortunately you will need sun to gain the most from it so that could prove a little challenging in Ireland.