Five standout Motoring Moments of the past decade

Home » Features » Five standout Motoring Moments of the past decade 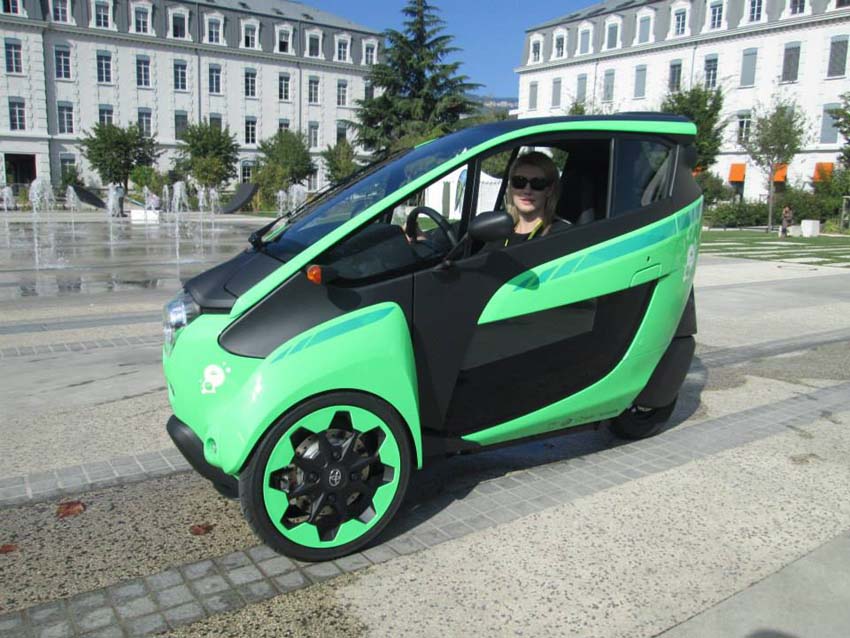 My memorable motoring moments of the decade writes Geraldine Herbert

It has been a decade of disruption, dieselgate and unparalleled choice plus for me ten years of driving more than 1,000 cars. On reflection, many cars stand out for all sorts of reasons: some are not nearly as good as you had hoped, others are just disappointing, while many were forgettable. And some are remembered not as much for the car but for the location or a memorable setting when driven so as the decade draws to a close these are the five motoring moments that I remember.

Taking Toyota’s i-road for a spin in Grenoble
– Agile, zero-emissions vehicles could be the solution to our crowded city centres. Toyota’s quirky three wheeled trike, i-Road is an uber-compact electric “personal mobility vehicle”. Back in 2014 the Japanese car giant launched its first public trial and 35 brightly-coloured i-Roads could be found on the streets of Grenoble, the French city nestled at the foot of the Alps. The three-year trial was expected to transform the way people plan and make local journeys. Before the trial began in October, I got the opportunity to sample the i-road. Narrower than a motorbike and slightly bigger than a scooter, the i-Road is a curious mixture of motorcycle and car and is tiny at only 2.35 meters long and 85 centimetres wide. It requires only two tiny 2kW electric motors and a modest lithium-ion battery to operate. It has a range of 50 km, a top speed of 45km/h and it takes about three hours to fully recharge. Inside, it is spartan, with a steering wheel, accelerator, brake, and a USB port for mobile devices, and that’s about it. There’s the standard steering wheel and a key to turn and the transmission is marked the familiar R, N and D. There also is enough room to fit a child in the back. Behind the wheel, the i-Road feels like you are sitting in a conventional car, albeit a small one. Take it on the road and it is entirely different to anything else, it leans and swoops from side to side like a scooter. The steering wheel controls the single rear wheel rather than the front wheels, so when you turn into a corner the back end moves out in the opposite direction to where you want it to go. It also leans towards the curve when you go around bends or corners, but it is very easy to get to grips with, and is really fun to drive. It’s not particularly fast but feels rapid given your exposure to the elements and low riding position
http://www.wheelsforwomen.ie/index.php/first-drive-toyota-road/ 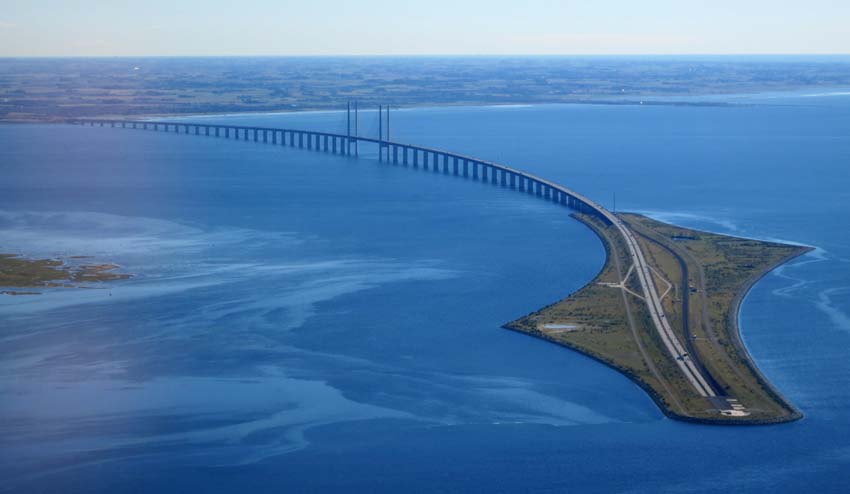 Driving the Øresund Bridge in an Audi A7
The 16 km bridge that connects Sweden’s third-largest city, Malmö with Denmark’s capital, Copenhagen, is probably best known as the brooding backdrop of the Nordic Noir ‘The Bridge”. It is also one of the most stunning structures ever built offering unparalleled and spectacular views. Having flown into Copenhagen en route to a racetrack outside of Malmo for the launch of Audi’s revised A7 Sportback model in 2014 the itinerary included a trip across the famous bridge. The scenic odyssey remains my abiding memory of that car launch.
http://www.wheelsforwomen.ie/index.php/audi-a7-sportback-3-0-tdi-ultra/ 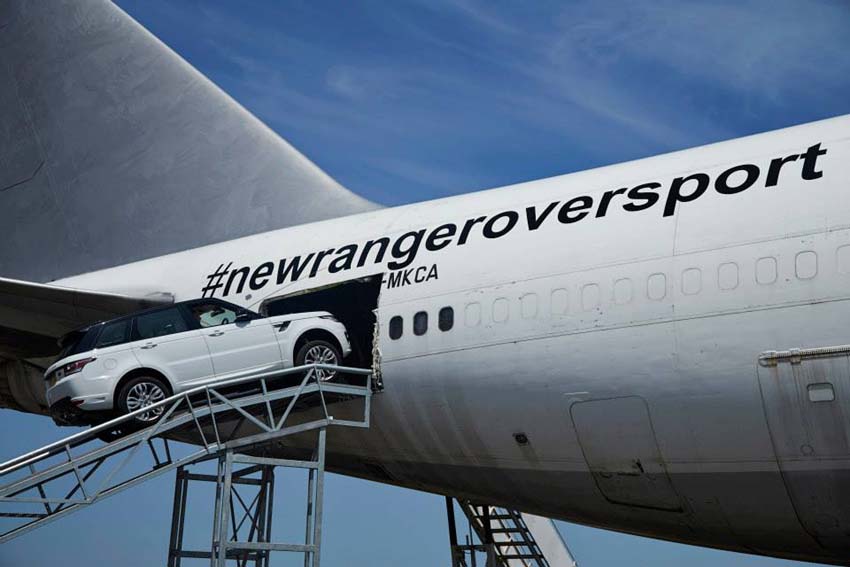 Boarding a Boeing 747 in a Range Rover Sport
To reinforce the point that the Range Rover Sport is truly a first-class piece of engineering Land Rover’s final party trick at the launch of the new model in 2013 was an opportunity to drive the Sport onto a Boeing 747. Up a steeply racked incline, the Sport nudges through the doors of the aircraft. Once in there’s an obstacle course through the fuselage of the airliner to overcome before passing first class and then under the cockpit to drive out of the plane. Hard to envisage anyone ever needing to drive this way but still good to know you could.
http://www.wheelsforwomen.ie/index.php/first-drive-range-rover-sport/ 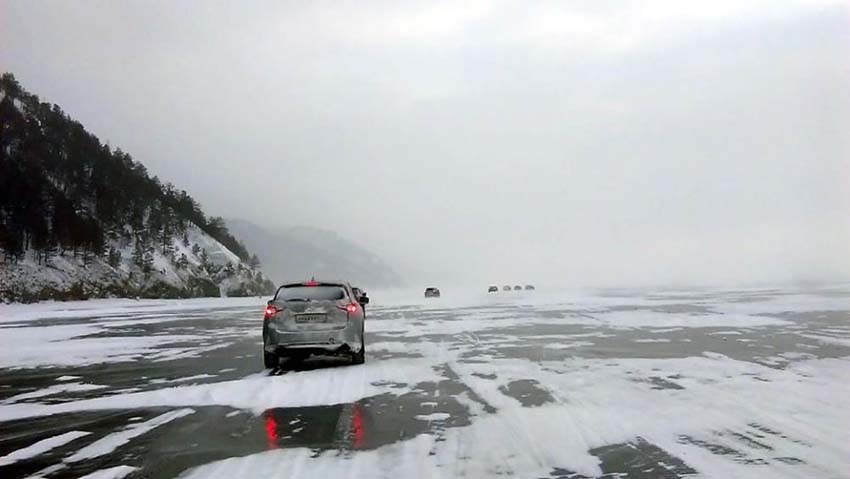 A frozen Lake Baikal – the deepest lake on the planet

Crossing the world’s largest lake by car
The plan was simple, to embark on a rare ice-driving excursion and drive an AWD Mazda CX-5 powered by a 2.5-litre petrol engine and fitted with studded tyres across a 70km stretch over a frozen Lake Baikal. From there we would head east through the frozen Siberian forest before finishing in Ulan-Ude. Over the winter, consistently cold temperatures freeze the surface of Lake Baikal to a depth of a metre or so. However, driving on ice is not without its risks – every few years this part of Siberia registers a major earthquake. Despite the stunningly beautiful surroundings, the harsh realities of the risks involved require expert guidance. To ease our concerns about falling through the ice, we are given some clear instructions from our Russian guide Alex Simakin. First and most important is to drive slowly; the faster you drive, the more stress the ice is under, so speed has to be controlled and the brakes used sparingly. A convoy of 12 cars is to make the journey, so a distance of 50 metres must be maintained between each. As a last warning, we are reminded not to wear our seatbelts, if we do break through the ice we’ll have two minutes before the car sinks, for the same reason, it’s also a good idea to make sure doors and windows are unlocked. It seems the fact that I can’t swim matters little when dealing with the deepest lake on Earth. The light wind is not helping conditions either as it blows enough snow around to slow us down and reduce visibility. Melting sheets of ice are a constant concern and we cautiously proceed around slabs and shards of threatening ice. This edgy adventure takes a new twist; all progress is halted as we face a wide stretch of open water where the ice has completely cracked. The solution is provided by the safety team – the Russian crew build a makeshift wooden ramp across it with solid chunks of ice and random bits of wood. I try not to dwell too much on the laws of physics as I drive nervously to the other side. Passing the halfway mark, we discover there are more immediate risks than going into the water. Successive cars to the front of the convoy are getting stuck in deep snow and the second part of the journey proves painstakingly slow as the entire group has to wait for each car to be towed from the snow. To get through requires speed but it is very easy to misjudge the depth, lose control and seconds later find yourself stuck. And nd finally we emerge on land, the estimated four-hour crossing has taken close to eight hours but as we depart the ice for the last time I am reminded of the words of playwright Anton Chekhov in a letter he wrote to his mother after a visit to the lake in 1890: “It sent a shiver all over me . . . I shall never forget it as long as I live.” A world-first route crossing of Lake Baikal in a Mazda CX-5 has been achieved but there was still a three-hour journey ahead of us. The snow-covered road to Ulan-Ude – the capital of Burriana – is one of Russia’s most dangerous and runs alongside the Trans-Siberian railway line that links Moscow to Vladivostok. After 12 tense hours we arrive at Ulan-Ude just as the sun is going down and in the shadow of the largest head sculpture in the world, a 7.7 metre high bronze of Lenin’s head.
http://www.wheelsforwomen.ie/index.php/crossed-worlds-largest-lake-car 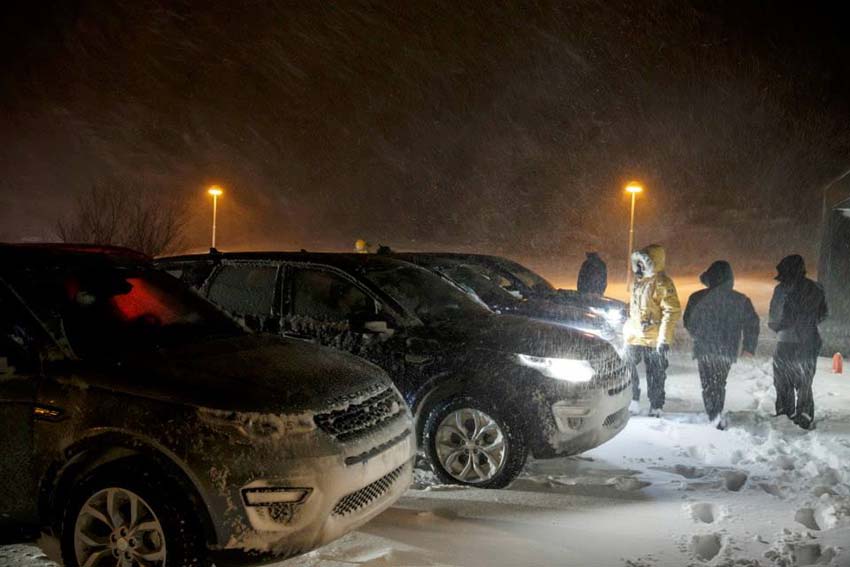 The Discovery Sport meets its match in Iceland

Blizzard Driving in Iceland in a Land Rover Discovery Sport
A harsh Arctic wind is blasting across the Icelandic winter landscape and the snow piles up, making roads almost impassable. Our hotel destination, tucked away in the mountains 80 kilometres outside Reykjavik, is becoming ever more remote as a violent blizzard rages. Welcome to Iceland – the fringe of the Arctic Circle – and the location for the launch of Land Rover’s all-new Discovery Sport. Land Rover may be intent on proving that this compact SUV, the first member of the new Discovery family, is far more than just a school-run fashion statement, but in the wilderness of Iceland, volcanic rock, snow, water and ice conspire to produce some pretty challenging conditions for any vehicle. As the car slips and slides and our wheels scramble for grip, the wrath of the Icelandic weather threatens to derail all progress on the final 28 kilometres. But in the last few kilometres we are aided by a snow plough that clears a path just enough for us to get through the treacherous conditions and to our hotel. By the time the last of our convoy has reached the hotel, conditions have deteriorated enough to force the Land Rover support crew to abandon any attempts of returning to Reykjavik that night and bed down instead in the hotel bar. The next day, ambitious plans to drive across rivers were shelved due to the conditions, but there were still mountains to tackle. Equipped with studded tyres, the snow and solid ice proves little problem for the Discovery Sport. While we gain some useful tips about driving on snow, including that the best way to tackle snow drifts is not slowly, but with a swift and steady momentum. In truth, all of the hard work is done by the car.
http://www.wheelsforwomen.ie/index.php/first-drive-land-rover-discovery-sport/

Things you need in your car in case of snow

How I crossed the world’s largest lake…by car

Skoda Superb wins the top prize from the APMP