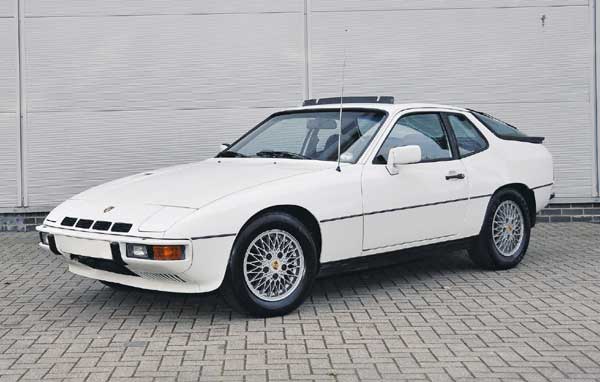 Seduced by the allure of classic cars on a recent trip to the Mediterranean, we have four cars worth a look if you want to enjoy a classic car this summer writes Hannah Gordon.

Following a recent trip to the Mediterranean I was amazed at how many classic and vintage cars were still being driven so regular by their owners. They thought nothing of jumping into a 40 year old French antiquity and dashing off into the nearest town.

Every household seemed to have a Renault 4 taking pride of place on the driveway basking in the sun with an occasional weed growing out of its wheel arch.

It was exactly the same scenario in Australia when I visited a couple of years ago, cars just seem to live forever in hotter countries. It is not that we don’t look after our cars in this country but with living in a place that regularly has torrential rain through the summer months and with the heaps off salt spread across the patchy Irish roads classic cars stand such a slim chance of making it to their 30th birthday. And it is a shame that we can’t drive these simple feats of engineering more frequently without the fear that a small particle of precipitation will render it unusabale.

Classic car values have been soaring in the past couple of years, the allure of owning a vintage creation has become such a fashion that auction houses are seeing records smashed all over the place. All over the world classic Ferrari’s, Lamborghini’s and Porsche’s are swapping hands for eye watering prices, but these cars are rarely seen out on the roads for the humble mortals amongst us to enjoy; instead stowed away safely in a covered private collection protected from the elements and eager eyes. And what a disappointing fact, I grew up admiring older cars rather than the modern hi tech offerings, and still today I would rather ogle at a classic Porsche 911, or be in the presence of a Lamborghini Miura. The history and workmanship in these objects fascinates me beyond belief, just a simple gearstick and manual box are enough to hold my attention longer than the technological complexity of a McLaren P1.

Just last month the Goodwood FOS showcased some of the finest classic cars to have ever graced the road and race track, but to only see these cars once a year is a real tragedy, I want to see them tearing around the British countryside in the summer time howling as they pass and having the potential to turn the head of anyone it comes into contact with. This just a mere dream is why classic cars hold such a dear place in my heart. I understand that spending millions on a classic car renders it a practical museum piece, I fear that the next generation will never get to see these beautiful cars driving through there local town, but will have to instead visit a yearly car show. To be perfectly honest would I drive a car I had just spent €2 million on through Ireland, perhaps not, or if I did I would be very tempted to bubble wrap it up.

So if you want to enjoy a classic car this summer but don’t have the biggest budget here are four cars worth a look.

MGB GT
Launched in 1962 and ran to 1980 this little 2+2 roadster proved extremely popular, mostly produced with a 1800cc and 4 speed gearbox, although there was a 3500cc V8 version. Parts are readily available, but try and stay clear of the rubber bumper versions. The MGB GT suffers from severe rot around the floor pans and rear axle so look for this when buying. We found 3 on classiccarsales.ie from 2,800 to €4,000

Morris Minor
Ran from 1948 to 1971 producing over 1.3 million cars. Many models were released including a saloon, convertible, estate, panel van and a pick up. The Morris Minor has been described as a “British Icon” and has become a popular classic car for the masses. We found one for sale on donedeal.ie for €3,950 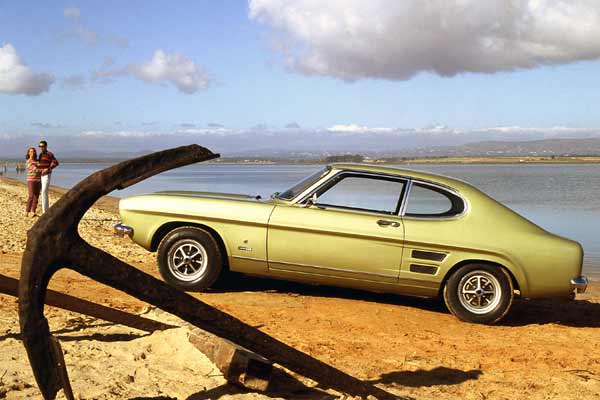 All at sea with this Ford Capri GT

Ford Capri
Launched in 1961 and production went on to 1986, the Ford Capri came with engines ranging from a 1300c to the 3000cc V6 monster. Such a popular car in the 1980’s that it still attracts keen prices. The 2800cc and 3000c are most desirable. With any old Ford look for rot in the sills and underneath, the seats can also wear quickly but parts are plentiful. A 1.6 GT could be yours for just €2,500 on carsireland.ie

Porsche 924
Released in 1976 and produced until 1988 the Porsche 924 was the first Porsche to be fitted with a water cooled, front mounted engine. Engines available in the 924 was either a 2000cc or 2500cc. An S version was released in 1985 with increased power, often seen as the ‘poor mans’ Porsche but a great entry level car where you can get a lot for your money. For €3,750 autotrader.ie have a 2.0 Turbo

Cars and Coffee – The Perfect Combination