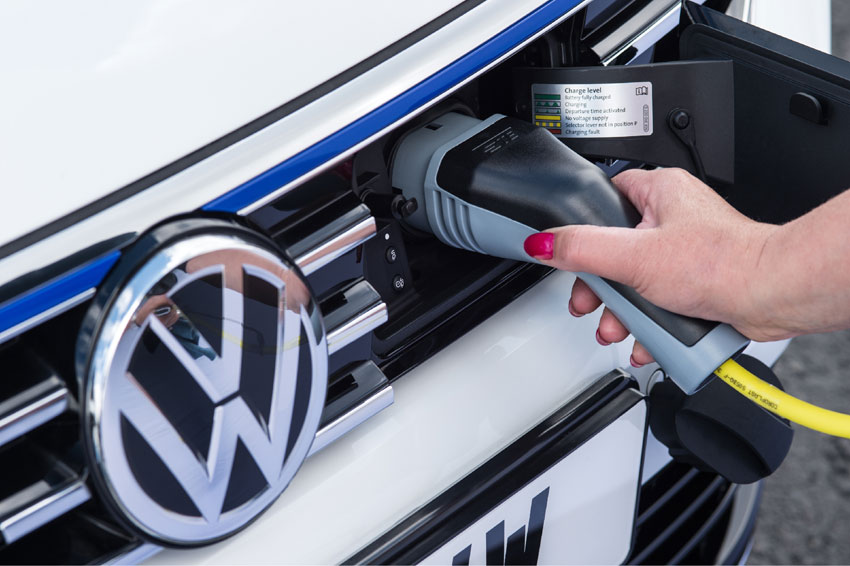 Ireland is a long way from where it needs to be in terms of reducing emissions, writes Geraldine Herbert

CO2 emissions fell by less than 2pc last year, according to the latest figures released this week by the Sustainable Energy Authority of Ireland. Given that a reduction of 16pc is needed to meet its EU 2020 target, the state is likely to face sanctions.

Transport is a significant contributor to Ireland’s carbon footprint, as well as a major source of air pollution and therefore the transition to a low-carbon economy would provide health benefits, including better air quality. In a bid to reduce emissions, the Government plans to ban the sale of new petrol and diesel cars from 2030.

For this to work, a mass transition to electric cars is required. But how realistic are the Government’s targets?

Electric vehicle (EV) sales are up 287pc and 1,816 have been sold so far this year, but they are nowhere near where they would need to be if Government targets of 500,000 EVs on the road by 2030 is to be achieved. If the Government is serious about getting people into electric cars, the solution lies not by increasing carbon tax and making fossil fuels so expensive that only the rich can afford them, but rather we should make green solutions so cheap that everybody will shift toward them.

Currently, the Government supports the purchase of an EV with a range of incentives, including VRT relief of up to €5,000, an SEAI electric vehicle grant of €5,000, a €600 subsidy for a home charger unit and reduced tolls.

Despite these incentives, sales of EVs face a host of challenges including price, lack of choice and range anxiety in potential users.

The cost of electric cars remains a significant barrier to widespread sales. The current best-selling electric car in Ireland, the Hyundai Kona Electric, is a game-changing EV with a usable range of 449km. However, priced at €38,130, it costs almost €17,000 more that the petrol version and €15,000 higher than the diesel. So, while the total cost of ownership is significantly cheaper with an electric car, it would take many years of fuel and maintenance savings to recoup the initial investment. It is likely that the cost of EVs will not achieve parity with conventionally fuelled vehicles for at least two to three years. Car buyers are generally very price-sensitive. The average age of a car on Irish roads is nine years old – and most people are not driving older cars because they are partial to them, but rather they are not in a financial position to change.

Range anxiety, though largely based on a misunderstanding about EVs, remains a big issue for drivers, particularly those who drive or commute long distances every day. For most people in Ireland, an electric car would be more than capable of meeting their needs. According to the 2016 census, the average person commutes around 15km to work – even the average longest commute was just 25km or a 50km round-trip daily. As congestion increases across the country, many of us are spending more time on our commute to and from work than we were 12 months ago. As we spend more time in our cars, there is a perception we drive longer – but in most cases we are just travelling slower, not covering any more distance, so our commutes generally fall within the range of electric cars.

The issue is not one of range but of the general unreliability of the charging network. There are 1,100 public charging points in Ireland, including 300 in Northern Ireland. However, EV drivers complain that charging points are often out of order or are occupied by non-electric vehicles. An extensive reliable charging infrastructure is essential. The ESB intends to roll out fast chargers and high-power electric vehicle charging stations at 100 locations nationwide later this year. The infrastructure is currently free to use, but the ESB plans to introduce fees for the use of the network. Charging can only benefit consumers, as it will provide an incentive for consumers to charge at home at low-demand times, encourage competition from other charging providers and ensure a revenue stream for continued investment.

There are, however, some issues the Government cannot be blamed for, including the limited range of models available. Greater choice will not only increase consumer options but it will bring prices down and generate a buoyant second-hand market. So why has the car industry been slow to embrace EVs? The fallout from Dieselgate in 2015 proved a challenge for automotive engineers. The EU responded with CO2 emission limits that compelled car makers to dramatically increase the number of electric vehicles in their fleets, and by doing so accelerated the move toward electrification at a pace many were unprepared for. After decades of investing in diesel technology, many car makers are being forced to play catch-up ­­- meanwhile, the consumer is left with a very small number of cars to choose from.

Electric cars are a way to reduce pollution and help meet emissions targets, but change must be encouraged without forcing a huge burden on taxpayers. It is also crucial that the cars are produced in a responsible and sustainable way and electricity is produced from clean and renewable sources.

We are at a critical point in the battle to manage climate change but it must not be turned into an opportunity for political gain or revenue gathering. The Government must invest in green public transport and prioritise decent cycling facilities to give people an alternative to car usage. We also need to acknowledge that we are miles away from where we need to be. While our political leadership has continually acted as if targets and lip service alone will somehow magically change our future, time is running out.