Fun in the Mud – Off-Roading at Mondello

Home » Features » Fun in the Mud – Off-Roading at Mondello 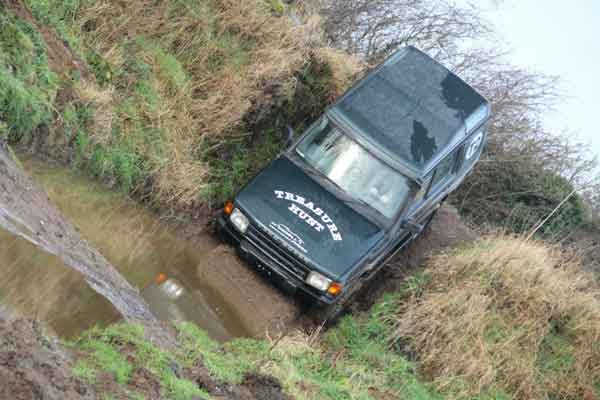 Last weekend wheelsforwomen.ie went off-roading at Mondello Park. We describe the thrills and spills of the off-road experience.

“They don’t roll like a car, they just topple over,” said our instructor, just as our Land Rover Discovery hovered precariously over the top of an enormous mud ramp, before plunging nose down into yet another mud bath.

In life, there are some activities that demand nerves of steel: bungee jumping, white water rafting, and rallying to name but a few. After Saturday morning’s excursion to the 4×4 playground at Mondello Park, I would add off-roading to that list too.
Most Saturday mornings the closest I come to any sort of adrenaline pumping activities might be an altercation in the supermarket car park or an angry shake of the head at a wayward pedestrian.

So it was odd that I found myself at Mondello Park last Saturday morning with Geraldine and Jennifer for a spot of off-roading.

It soon became apparent that off-roading was not just driving around a muddy field in a vehicle with four wheel drive. The three ladies hopped into one of the 4x4s, and with guidance from our instructor, we each got a chance to navigate some of the obstacles around the course: steep climbs, sudden drops and plenty of mud splashes. 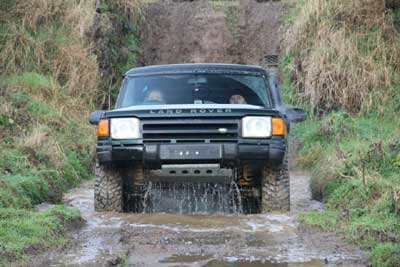 I have watched off-roading on TV before, but the sheer challenge and precarious nature of it only became apparent when I was sitting in the Discovery and experiencing it first-hand.

For all the ducks and dives of the 4×4,there were no squeals or screams from the ladies in the back – just a few OMGs when it felt like the Discovery might end up nose down submerged in the mud. But it never did end up like that!

After a brief interlude during which we stopped to help pull another stricken 4×4 from the mud, it was my turn to experience some four wheel drive fun. With a little gentle encouragement, I got behind the wheel and I felt much more in control than I had as a spectator in the back seat. But it was still nerve wracking as I really wanted to get the wheelsforwomen crew home safely!

A few more daring manoeuvres later and we were back on dry tarmac. Off-roading is certainly an experience like no other. It’s not about speed – it’s about concentration and precision.

I’ll take everything I learnt at Mondello on Saturday with me and if I ever end up in some survival situation where the only thing between me and freedom are the keys to a Land Rover Discovery and some very, very bumpy terrain, I’ll give it a go.
For the moment I’m going to stick to the tarmac and not venture too far ‘off-road’.