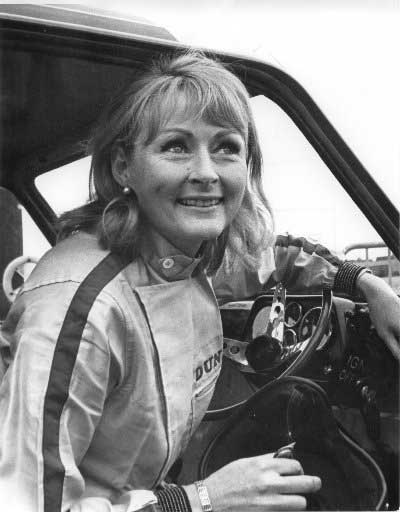 We recently wrote about driver stereotypes for this website. Some of you may have noticed I left out one of the most famous stereotypes, the female driver.

It’s a classic one.  Not a week goes by that there doesn’t seem to be another survey or piece of research published backing up the stereotype that female drivers are slow, overcautious, incompetent, spatially challenged etc. It’s all a bit tiresome really.

And it’s not sending out a great message to young females just starting out in their driving career, as I found out recently when I spoke to a friend of mine in her mid-twenties. She told me that the thought of being a stereotypical female driver is adding to her anxiety around driving as she prepares for her test.

“There’s always that stereotype that women are terrible drivers. That’s always played on my mind,” says my friend Aileen. She also believes that there is a lack of female driver “role models”.

Aileen is correct in her pursuit of female driving role models to ease her anxiety around learning to drive. If we need any proof that women can drive, we only need to look at the likes of Michèle Mouton, a former French rally driver who competed at the highest level in rallying, Irish rally driver Rosemary Smith, this website’s very own resident racing driver Jennifer Mullan, and a long list of other women who have blazed a trail in motorsport.

But you don’t have to be a professional racing driver to be a good driver. We can find female driver role models to aspire to closer to home.

Growing up, my mother and grandmother were two very inspiring female driver role models to me. Being the second child, I spent a lot of time in the car with my mother  bringing my older sister to school and other extra-curricular activities. Looking back, I remember thinking what a confident, precise driver she was and I always felt very safe in the car with her. I think my driving style is quite similar to hers – I was her co-pilot for so many years that I was bound to pick up some of her technique!

My granny is another inspiration to me. She has been driving for 64 years and she often tells me of her experiences of learning to drive in the late 1940s. She was something of a driving pioneer in her family and in the area where she grew up. Few people owned cars at the time but she was lucky enough to have a car which she taught herself how to drive in. She was the first in her family to learn how to drive and one of the few drivers in her area. At 82, she tells me that she still loves driving.

Not everyone is a natural driver. But a lot of it is to do with confidence. It can be a state of mind. If we don’t think we are good drivers then we are probably not. Of course overconfidence behind the wheel can be just as dangerous so it is a case of trying to find that balance.

Where are the female driving role models? Be it a friend, mother, aunt, granny or racing car driver, there are plenty of women out there proving that driving is not just a male pursuit. Ladies let’s retake the wheel.