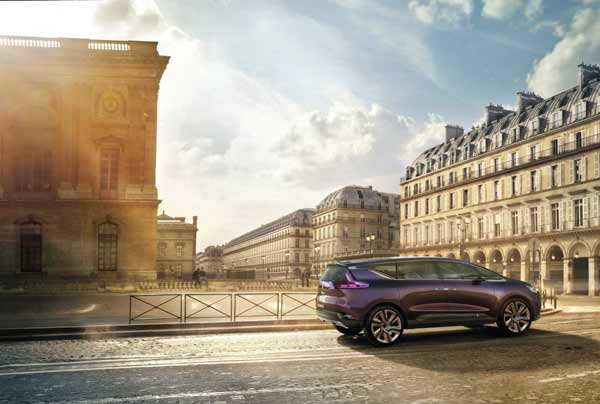 Ailing French carmakers are ambitiously making plans to target the luxury car market. We  ask is this the right approach to redress falling sales?

There was a time in the not so distant past that superminis were superminis, estate cars were what you bought if you needed more space, there was no such thing as a crossover, luxury cars came from the big German trio, BMW, Mercedes-Benz and Audi, and French manufacturers made an art form out of the hatchback.

Each car knew its place and all was right with the world.

But now everything has gone a little crazy and carmakers are trying to have their cake and eat it – eat from as many different markets as possible. Jaguar is making SUVs, Aston Martin is making city cars, Bentley are making handbags and Citroen, Renault and Peugeot, the kings of the quirky hatchback, are going upmarket. No, no, no!

Despite the global economic downturn, over the last couple of years most luxury carmakers have managed to sustain their sales and even increase their sales figures due to emerging new markets. Korean manufacturers like KIA and Hyundai, who once languished at the bottom of the desirability tables, are now scooping up the budget market, offering more car for your money and with a finish that no longer screams bargain bin.

This has left mid-range manufacturers struggling to maintain their sales in this new world order.

The solution taken by Citroen, Peugeot and Renault has been to go upmarket and try yet again to tap into that much coveted luxury market. This may work in patriotic France where they might be able to convince Francois Hollande and his cabinet to commission some fully-loaded Citroen C6s, but elsewhere in the world? Forget it. There is only one place that makes luxury cars better than anyone else and that is Germany.

At the Frankfurt Motor Show in September, Renault presented the Initiale Paris concept which embodied “the brand’s expertise and ambitions in the premium segment”. We can guess that the expertise they refer to were those garnered from producing the “luxury” Safrane, Vel Satis and Avantime. These were fascinating cars but their minuscule sales hardly caused much of a threat to anything similar coming from Germany.

Though not impossible, it’s hard to change the public perception of a brand. But the truth of the matter is that when looking for luxury, no one looks for a Peugeot, Renault or Citroen.

Maybe French carmakers should focus on what they are good at – producing compact, stylish and quirky hatchbacks and people carriers that are refreshing compared to the bland, conservative offerings from classic rivals from the likes of the VW Group.

You cannot help but smile when looking back on the quirky, eccentric back catalogue from the French trio – for example the Citroen DS and 2CV, Renault 5, Alpine GTA, Twingo and Twizy, and the classic Peugeot 205. These are some of the best loved cars in history.

Who but the French would produce and sell a van with windows like the Citroen Berlingo? Or a two door MPV like the Renault Avantime? Aside from the adventurous styling, think of some of the innovations the French have rolled out – like it or loathe it, the tiny steering wheel in the latest breed of Peugeots and head-up instrument panel, the tiny Peugeot 1007 and its sliding electric doors and the Citroen XM and its hydropneumatic suspension.

These are just some Gallic offerings that have added colour to automotive history. They could not be described as dull.

Car-spotting on the Côte d’Azur

Young, Single Professional and in the market for a Premium Hatchback?