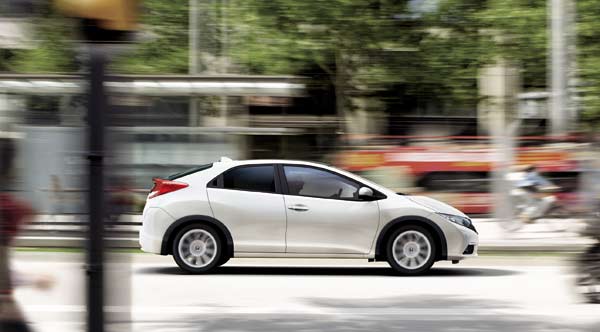 What is it? Designed to grab your attention there’s nothing dull about the Honda Civic. Radical on the outside and futuristic on the inside, the Civic is still one of the most distinctive cars around.

Who is it aimed at? Considering 2 out of every 5 cars bought in Ireland are a hatchback , the Civic should have mass appeal and would be a really good choice for families as it offers great space throughout.

Styling? When it first launched the Civic was like nothing else on the road, is was sharp, angular and bold. The controversial styling remains but the new Civic is lower and wider than before and while this softens the sharpness it gives it a more dynamic profile.

Under the Bonnet? Our test car was powered by the fast, frugal and refined 2.2 diesel engine. There are also two petrol engines to choose from; a 1.4 and a 1.8 but the 2.2 is our pick of the bunch. A smaller 1.6 diesel engine will be available next year. 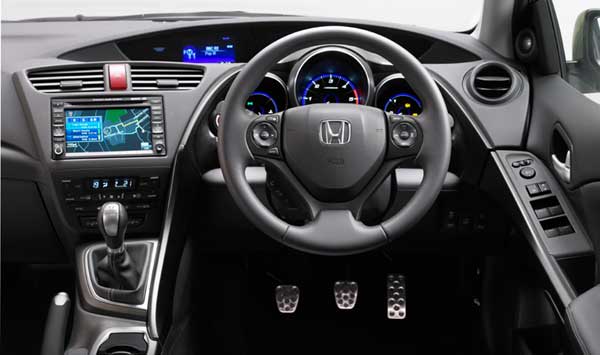 What’s it like inside? Behind the wheel of the Civic is something akin to navigating in a jet cockpit.  Inside it is radical and distinctive and bucks the current  trend for minimalist simplicity that dominates car interiors. Legroom is good for two adults in the rear but the sloping roof gives the overall impression of less room than is actually available in the front and a cramped feeling in the back. Space and storage throughout is excellent and inside the boot there is a double floor. Honda’s trump card is their ingenious “Magic Seats”, which fold in a variety of ways and add an extra dimension and flexibility to the interior.

On the Road?  The 2.2 litre diesel is one of the powerful engines around so there is great acceleration, performance and sheer pulling power. It is quiet, refined and smooth whether on back roads or motorways; it is fun to drive.

And Safety? Safety is also a high priority with the Civic and it is packed with advanced features for both driver and pedestrians. The new Civic has attained a maximum five-star EuroNCAP safety rating

Options? The entry level version is the SE. Upgrading to next level the ES adds extras such as a rear parking camera, Bluetooth and cruise control. The range topping EX is available on the 1.8 petrol and the 2.2 diesel and includes Sat Nav, heated front seats and leather upholstery.

How about Fuel Economy? With a combined fuel consumption figure of 4.2 litres per 100 kms and 110g CO2 emissions the economy is super impressive.

Okay so the verdict? Still light years ahead of the competition in terms of styling there is a lot to like about the new Civic.

For more information check out Honda.ie or the Honda Ireland Facebook page

A New Honda Civic from €249 per month