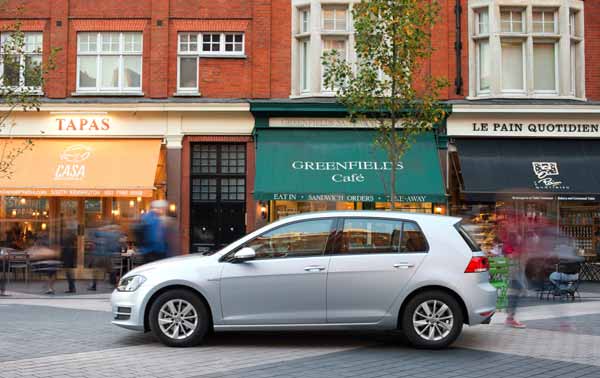 Once again its that time of the year in the motor industry to decide the Continental Irish Car of the Year 2014. This year’s winner is due to be announced on Thursday but in advance here’s how our Editor Geraldine Herbert cast her votes

28 judges, 16 cars, 5 categories and one overall winner, the quest to find the Continental Irish Car of the Year 2014 began in earnest this week, as jury members of the Irish Motoring Writers cast their votes from a list of eligible cars.

51 cars originally filled the starting grid covering every size, price and make but only one can win. The winner will be announced on November 21st but these are the cars that got my votes and why

Three cars are vying for the title of Small Car of the Year, Peugeot’s 2008, the Dacia Sandeo and the Renault Clio. The latest Renault Clio has recovered its va va voom and this chic small car is by far the best of the three to drive.  Peugeot’s 2008 is the most practical, with more space than the 208, the very clever ‘Grip Control’ traction system will give you added safety and peace of mind in bad weather. But both seem pricey when compared to the Dacia Sandero. With a range of Clio engines under the bonnet, if you can live without electronic rear windows and air con the Sandero is budget motoring at its best . Comfortable, spacious and extremely efficient,  it’s worth every cent. In these austere times where every euro counts its gets my vote as Small Car of the year 2014.

There are four contenders for the title of Performance Car of the Year, the Ford Fiesta ST, the Volkswagen Golf  GTi, Peugeot’s 208 GTi and Nissan’s Juke Nismo. All four are worthy contenders but the battle for my vote is between the Fiesta ST and the Golf GTi.  The Golf GTi is long regarded as one of the best hot hatches and this version does not disappoint. It is at home as much on back roads as on the motorway or school run but ultimately while it is more refined than the Fiesta it is also less fun. The ST on the other hand is just what you want from a hot hatch, from the exhaust note to the razor sharp handling it’s my “Performance Car of the Year 2014”.

Next up is the Luxury Car Category. Disappointingly Land Rover’s Range Rover Sport is missing from the list, instead the full size Range Rover competes against the BMW 4 Series. Diehard BMW fans will relish the  new 435i, it is everything a BMW should be and what truly separates BMW from its German competitors but if its luxury you are after  the Range Rover is simply irresistible;  nothing on the road compares to it in terms of refinement, quality and go-anywhere ability.

In the Large Family Car category, three cars compete, the Mazda6, Kia’s Carens and the Skoda Octavia. All three would make a super family car, the  new Octavia is elegant on the outside and cavernous on the inside. Kia’s Carens is well priced, stylish, economical and with a seven year warranty very hard to beat but Mazda has blended core family saloon must haves such as space, comfort and fuel efficiency with their zoom zoom DNA to create a family car that’s not only ideal for the daily commute but is the best driving family car currently on the market and is my choice for Large Family Car.

The final category is the Small Family car where four very worthy cars go head to head. The Volkswagen Golf, Citroen’s C4 Picasso and the Toyota Auris and Corolla.  Noticeably missing from this list were two new cars from Mercedes-Benz, the CLA and the A-Class.

Of the four that remain the two strongest contenders here are the Golf and the Ctiroen. The C4 Picasso is a new twist on the original Picasso theme and it offers style and space in abundance . The Mk7 Golf is a refined, smarter and polished version of its predecessor. Thirty-eight years and 29 million cars later, the seventh generation Golf is the car by which all other hatchbacks should be measured. It offers refinement, excellent economy, performance and innovation and it’s my Small Family Car winner and my car of choice for the Continental Irish Car of the Year 2014.

A version of this article appeared in the Sunday Independent