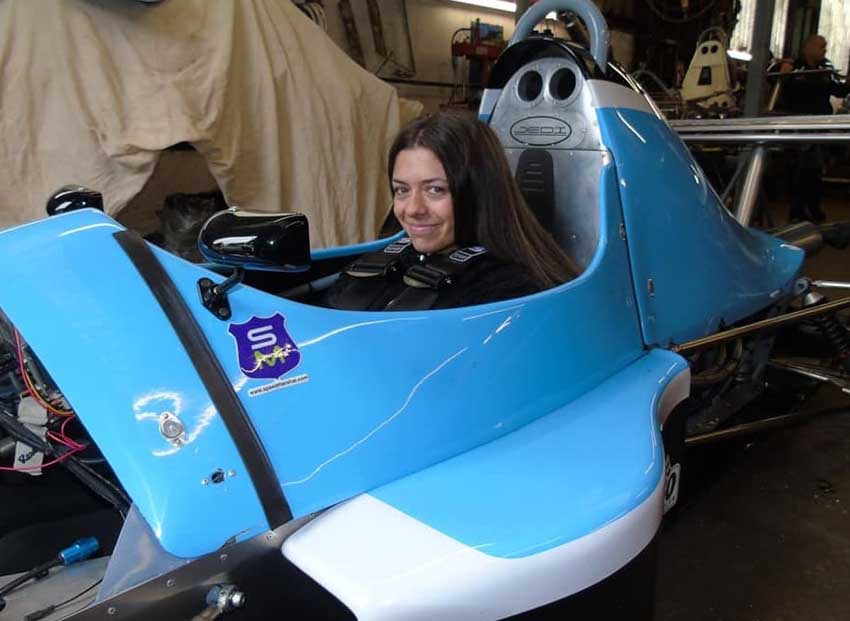 The 2021 F1000 Championship the UK’s fastest growing Single Seater Series which will run between April and October 2021. Kayleigh is the first Irish racing driver to participate in the superbike powered racing car, which can reach speeds of up to 150mph.

Back in October 2019, Kayleigh got her first taste of driving the F1000 single seater when she travelled to the UK to test drive the ‘slicks and wings’ single seater prepared by F1000 series founder and team owner Frazer Corbyn. At the test day Kayleigh had coaching and support from W-Series Championship driver Sarah Moore, who has mentored Kayleigh during her Karting career in Ireland and the UK.

The 2021 F1000 Championship will consist of six rounds (double headers) held at some of the most iconic British racing tracks including Silverstone, Brands Hatch and Donnington Park. This championship will have a grid of 20+ cars and will be a great starting point for Kayleigh, as she will gain great experience in a very competitive class.
Kayleigh Cole is excited about joining the F1000 Championship and commented “After testing the F1000 single seater last year I had hoped to race in the “2020 SWALLOW HILL HOMES F1000 CHAMPIONSHIP” but unfortunately Covid restricted our plans to compete this year, so watching from the sidelines has been tough.”

Kayleigh can’t wait to test the F1000 car which the Coles recently collected from the UK ahead of the 2021 season “I am fully focused on the 2021 F1000 championship and hopefully we can attract some sponsors to support and help further my racing career. I already have a lot of people to thank for supporting me, especially my parents for sacrificing so much to allow me to follow my dreams and hopefully this will be the start of something special”

After dominating two Irish Karting championships in her family run Senior Rotax Max go-kart, the hard work and preparations continue for the Cole race team. The longterm goal is to race in the W-Series Championship and they believe that racing in the F1000 championship is a great place to start her single seater career.