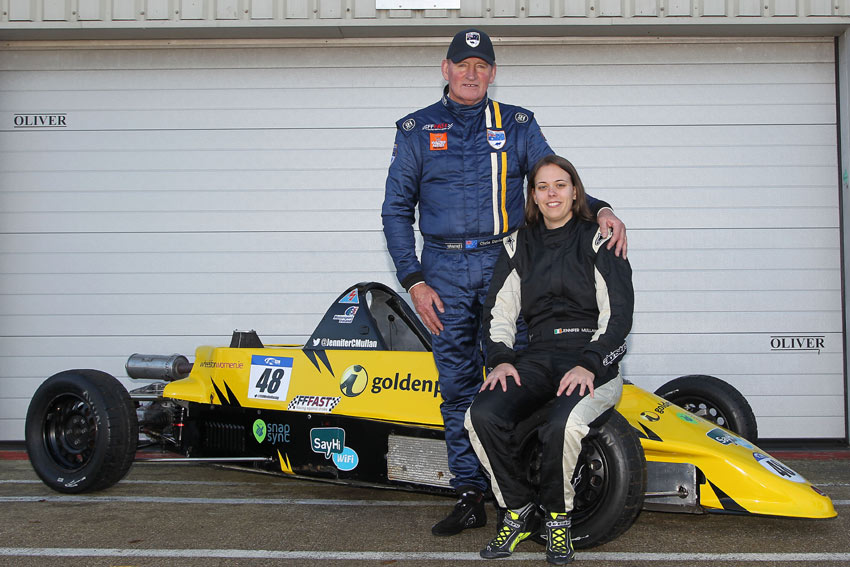 Our Jennifer Mullan is set to add an international dimension to her motor racing portfolio when she makes the journey to the famous Phillip Island circuit in Australia next March.

Last week I recapped on what was a pretty awful weekend at the Walter Hayes Trophy for me, but I did finish off by telling you all that I would have some very cool news to share with you this week. I don’t like to disappoint so here goes!

Cast your mind back one year to Silverstone 2014 and the time when I met an Australian guy by the name of Chris Davison. Chris took a great interest in my Reynard Formula Ford due to the fact that he and his daughter Claire raced the same model of car back in Australia. Over the course of the weekend, Chris and I got to know each other and decided to keep in touch after the event.

Fast forward a few weeks to where I received the most amazing invite ever. Chris loved what I was trying to do and achieve when I took on the Walter Hayes Trophy and went on to invite me down to Australia to join his family team, Ecurie Australie and compete at an event in his 1984 Reynard ‘Black Beauty’. This took a little while to sink in but needless to say it was an opportunity I just wasn’t going to be able to refuse if I could at all make it happen. Many months of planning on both sides of the world got underway and we agreed we would aim for the world famous Phillip Island Classic event this coming March.

Back in August I took the plunge and booked a flight for my better half Paul and I to head ‘down under’ on March 5th 2016! That was it, it was a done deal, I was going to be racing at Phillip Island, if I’m honest even though I’m typing this, it still hasn’t really sunk in. To make it even more cool, if that’s possible I will most likely be lining up in an all girls team for this event, alongside Claire whom I mentioned earlier and possibly another girl by the name of Jess Bell.

So there you have it, that’s my cool news! I have only really skimmed the surface of the adventure we have all been on to make this happen and the story behind it but I will no doubt have more opportunities before I travel to fill you in some more and on the finer details of the event I am taking part in. Until then that’s all from me, its off to start packing, it is only just less than four months away and we all know how much stuff us girls like to bring with us!