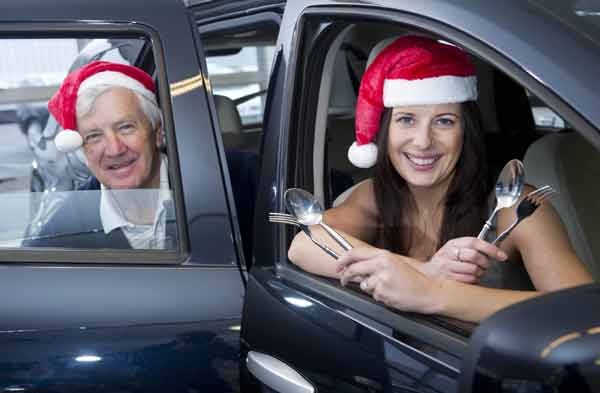 To support the Christmas appeal by Cork’s Penny Dinners, Kearys Motors are serving up a great way to support this worthy Cork charity.  For every Dacia test drive taken at Kearys for the month of December, the dealership will donate €20 to Cork Penny Dinners.

“We want to donate as much as possible to Penny Dinners, who serve more than 1,000 meals a week to those in need of a hot meal.   With this test drive appeal, there couldn’t be an easier way to help”, said Brendan Keary, Kearys Motors, who is encouraging motorists to visit Kearys Motors on Kinsale Road Roundabout and take any Dacia model for a drive.

“Every penny counts at Penny Dinners”, said Caitriona Twomey, Penny Dinners.  “We are delighted to team up with Kearys Dacia, and acknowledge their support which is much needed at this time”.

In the lead up to Christmas each year, there is always a marked increase in the number of meals required at Penny Dinners.  The charity has been in existence since the 1840’s when a hot meal was provided for a donation of one penny.

Kearys Motors will be open on the 28th, 30th and 31st December.  See www.kearys.ie for opening times.

Christmas can come early, if you don’t need 14 plates

Aiming to Clean Up, The Dacia Duster