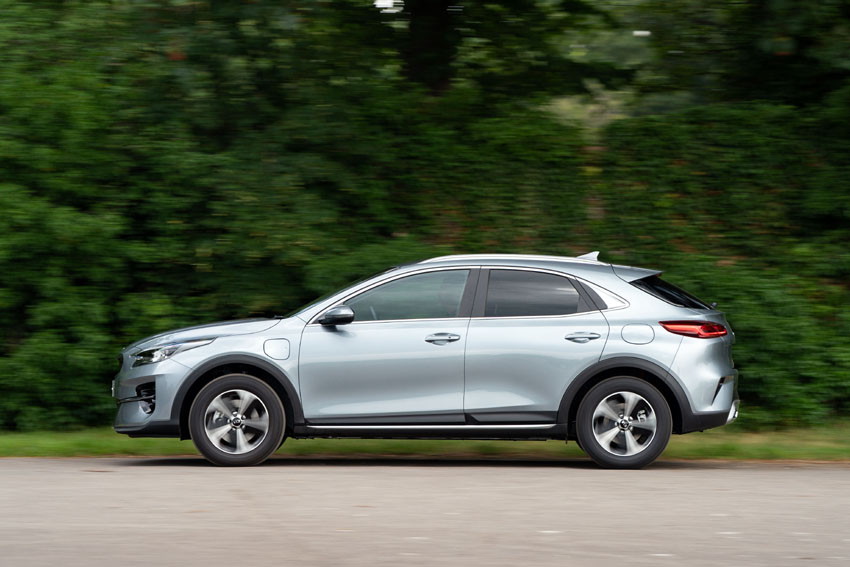 Comfortable, stylish and green, there is lots to like about the Kia XCeed PHEV writes Geraldine Herbert

What is it? The Ceed has long been one of the most versatile cars in the Kia range. Starting life as a hatchback over time it has morphed into an estate, the Proceed coupé, a crossover in the form of the Xceed and in May of this year a plug-in hybrid version was launched.

Who is it aimed at? Siting between the Ceed Hatchback and the Sportage the new PHEv is best suited to those who do a short commute, ideally less than around 50 km. Plug-in Hybrids are distinct from hybrids and fully electric cars as they can be directly charged like an EV but also have a petrol engine.

Styling?  The Xceed is a really stylish looking car fusing a go-anywhere look with the practicality of a hatchback.

Under the Bonnet?  Combing a 1. 6 petrol engine with an 8.9 kWh battery pack and an electric motor the Xceed promises a fuel-sipping 1.3 litres per 100 km on a mix of urban and motorways. That said the official figure suggests an all-electric range on the Xceed of 54 kilometres but 45km is probably a little more accurate.

What about inside?  Inside it is comfortable and practical with everything the driver could need at arms length and there’s a clear view of the road in front. The Touch screen is simple to use and Android Auto and Apple Car Play is also available. Space is good and while boot space is smaller at 291 litres than in the regular Xceed there is still a generous 1,243 litres with the rear folded down. .There is also a dedicated space beneath the boot floor to store the charging cable when not in use. The car’s stylish shape and sloping roof does, however, mean that rear passenger may complain about the lack of headroom in the back. 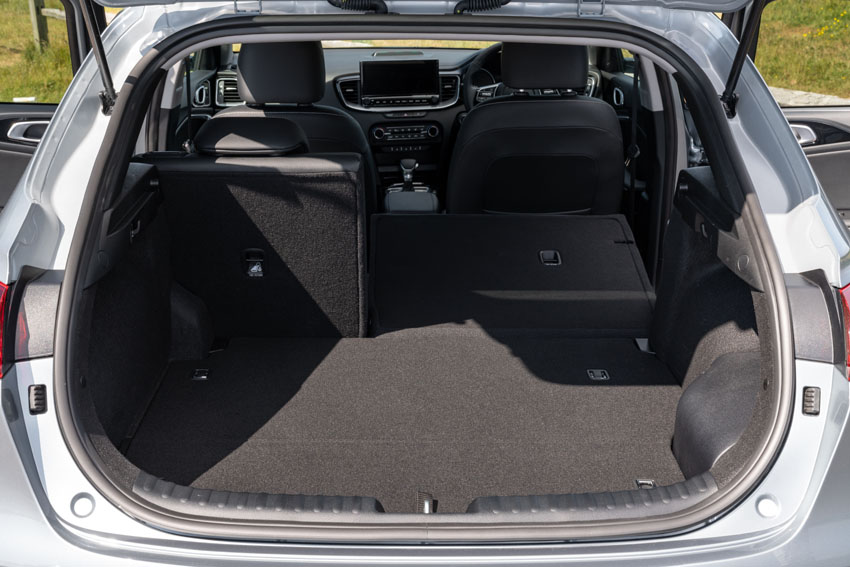 Luggage capacity in the Kia XCeed Plug-in Hybrid is 291 litres, growing to 1,243
litres with the rear folded down.There

On the Road?  The Xceed drives smoothly and is comfortable but is a little on the harsh side and the steering feels vague. It’s quiet, too but is equipped with Kia’s new Virtual Engine Sound System, an audible warning system which activates in electric-only mode at low speeds or when reversing. The system generates virtual sound levels of up to 59 dBA to safely notify pedestrians of the car’s presence.

What are my options?  Just one trim level is offered but you get plenty of kit including 18in alloys, dual-zone auto aircon, 8in Android Auto/ Apple Car Play, rear privacy glass, rain sensors, lane-keeping assist and a wireless phone charger.

Will it break the bank? A starting price of €28,350 is tempting plus it comes with good running costs and it qualifies for a home charger grant. For further peace of mind, all Kias comes with a 7-Year, 150,000 km warranty as standard.

So the verdict? Well priced the Xceed is one of most affordable PHEVs on the market. If you are looking for a low running cost family car that is smartly styled and practical then it might just be an ideal choice. PHEVs may account for only a small per cent of new cars sold but there is no denying their appeal and this new one from Kia certainly impresses.

What It Says About You? You’re sensible and green but still stylish

Why you’ll buy one? Well priced, stylish,
Why you won’t?  Small boot, a little cramped for rear-seat passengers

Eight things to know about the Kia Niro