Home » Features » “Learner drivers, keep out of my way” Say A Third of Drivers 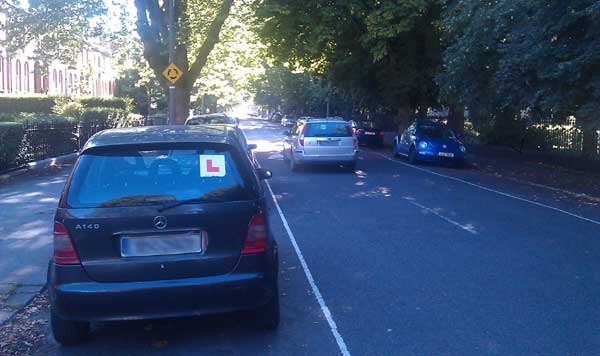 A survey of Irish drivers has shown that 29% feel that learner drivers are “just about bearable so long as they don’t get in my way”.  That was one of the key findings from the survey which was carried out by Semperit Tyres Ireland as part of the company’s Semperit Road-user Courtesy campaign.

When asked what irritates them most about learner drivers, some 40% of respondents highlighted learners’ tendency to get the basics of driving wrong, e.g. stalling at traffic lights, not indicating properly or sloppy lane discipline.

Driving too slowly was another bugbear of respondents.  For this reason, nearly half of drivers (47%) say they generally look to overtake a learner driver at the first opportunity rather than be “delayed”.  For a significant minority (8%), the desire to get past a learner has meant that they have in the past driven recklessly to overtake a car with L-plates.

The vast majority of drivers would like to see enforcement of the rule whereby learner drivers must be accompanied at all times by an experienced driver.  84% of respondents say that it is obvious that this rule is regularly flouted on the roads.

Here at wheelsforwomen.ie we want to know how you feel about learner Drivers