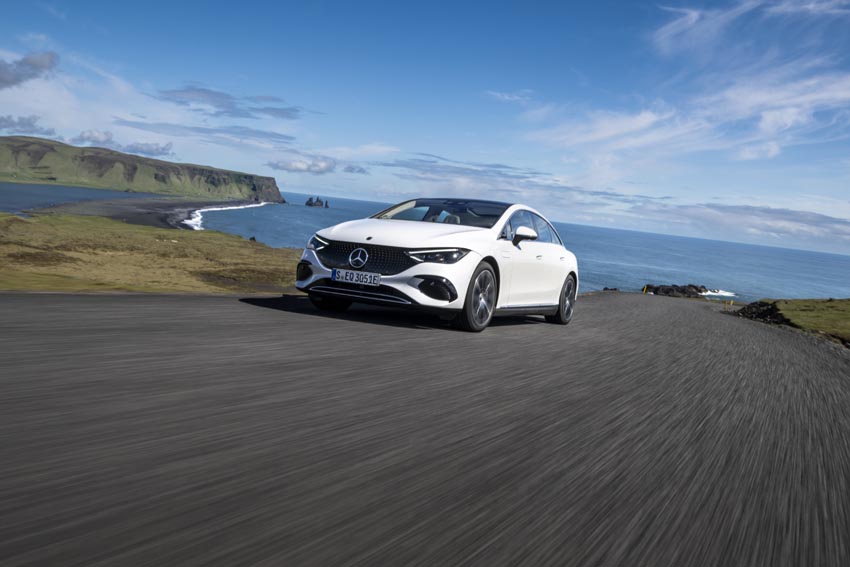 Mercedes-Benz’s EQE electric car is refined, smooth and beautiful inside — and few can match it

What is it? In April 2016, the US comedy TV show Saturday Night Live featured a parody advertisement for a new Mercedes-Benz  “AA-Class”. Revealed by Julia Louis-Dreyfus of Seinfeld and Veep fame, it was the first fully electric luxury saloon powered entirely by AA batteries. She promised no more plugs or charging stations — just 9,648 AA batteries. “There are a million uses for these little wonders,” Louis-Dreyfus said. “Well, make that a million and one.” And if that wasn’t enough to convince potential buyers, the new car came with “everything you’ve come to expect from Mercedes: on-board satellite navigation, Bose stereo system and the ample trunk space to store extra batteries, and it is the only luxury saloon to receive the prestigious Double A-plus grade from Batteries Magazine,” she continued.

“Batteries not included” was the hilarious line ending the ‘advertisement’. Six years on and Mercedes has launched an all-electric saloon that’s thankfully not powered by a boot-load of AA batteries, and this week’s test car is the EQE.

Is it a looker? A little brother to the flagship EQS, the Mercedes EQE 350+ is a scaled-down version that is dynamic looking but never flashy or ostentatious.

What is the interior like? Inside, the similarities continue and this Mercedes shares the same high-tech approach to interior design and is available with the optional 141cm-wide MBUX Hyperscreen and a host of super plush touches. It’s also as cosy and comfortable as its bigger sibling and everything is well executed. It comes with the kind of materials and textures you can’t help but stroke. Plus there’s plenty of space and the boot can swallow a reasonable 430 litres. On the downside, the sloping roofline means that there is about as much rear visibility as peering through a letter box. 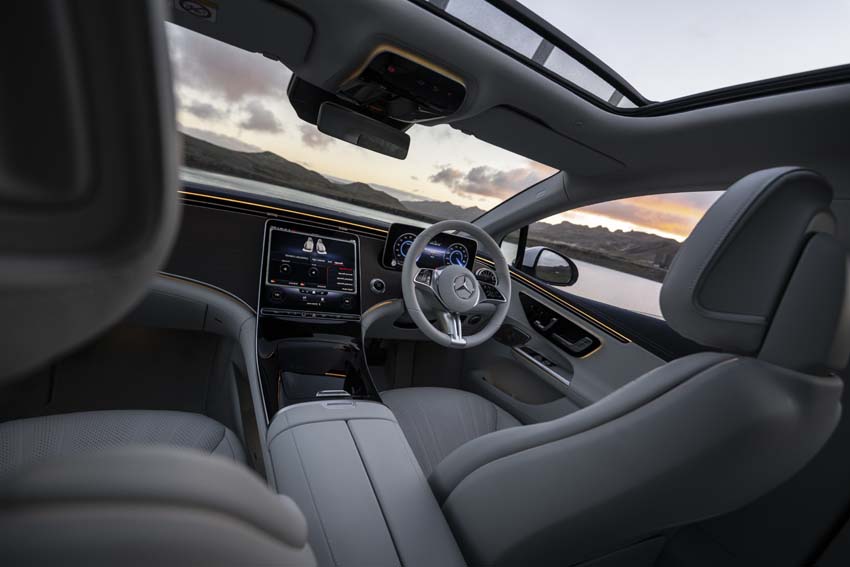 What its like on the road? On the road, it’s a pleasure to drive. From the moment you press the start button, it’s refined and cosseting, and comes with an impressive level of performance. Powered by a 90kWh lithium-ion battery, it will travel 641km on a single charge. And, if you can avail of a rapid charger, it will zip from 10 to 80 percent in 35 minutes, or overnight on a standard 7.4kW home wallbox.

So what’s the verdict? The EQE comes with a host of driving-assistance systems to keep you safe, including an optional sleep warning that analyses the driver’s eyelid movements to detect microsleep. Saturday Night Live’s Mercedes may have been a tough sell with batteries not included and a top speed of 84kmh, but here the EQE is a serious executive car that leaves you wanting for very little. The progress of electric cars is impressive and car makers are rising to the challenges but, even so, few electric vehicles can match the EQE. It is beautifully refined, smooth and comes with a dazzling array of technology. 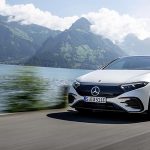 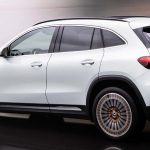 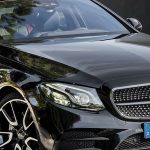 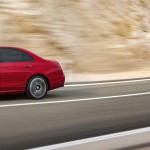 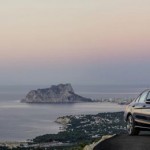 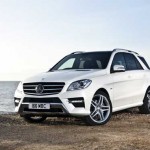