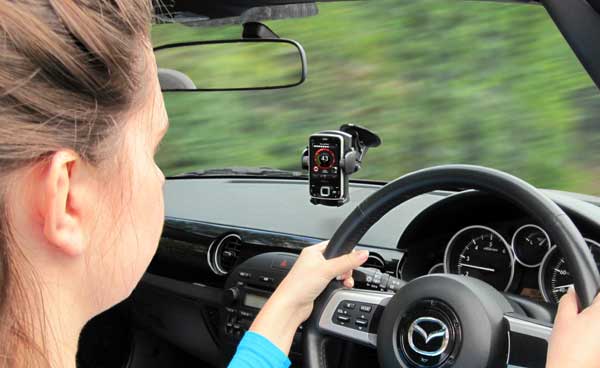 According to a new study a ringing phone can divert drivers’ attention for more than seven seconds: even if unanswered.

The study commissioned by UK Car Insurance company Esure reveals that motorists take 23 per cent longer to respond to an unexpected occurrence on the road when trying to send a text message while driving – which equates to the vehicle moving 8.5metres ‘blind’ while driving at 112km/h.  This lag in reaction times proved larger than the increased reaction times of distractions of arguing children in the backseat (13 per cent) or feeling stressed (four per cent).

Of the motorists surveyed

22% confess to having used their phone while driving
84 per cent of motorists use gadgets behind the wheel
10 per cent admit fiddling around with MP3 players and iPods while driving.
15 per cent of those motorists surveyed admit to using a mobile or smart phone to find directions while simultaneously driving

The study further revealed that posting a short status update on, for example facebook – an everyday temptation to those with a smartphone –  had various effects in driver performance mainly causing motorists to move across their lane to a greater extent (up to one metre more than in controlled conditions), being less consistent in following distance and driving closer to the vehicle ahead.  These decreases in motoring performance occurred despite drivers slowing down – proving that a reduction in speed does not offset the true dangers of being on a smartphone and the dangers of updating a social networking status.

A ringing phone out of reach causes motorists to look away from the road three times longer (2.2 seconds more) compared to standard driving conditions and four times as long when receiving a text message (1.8 seconds longer looking away from road).